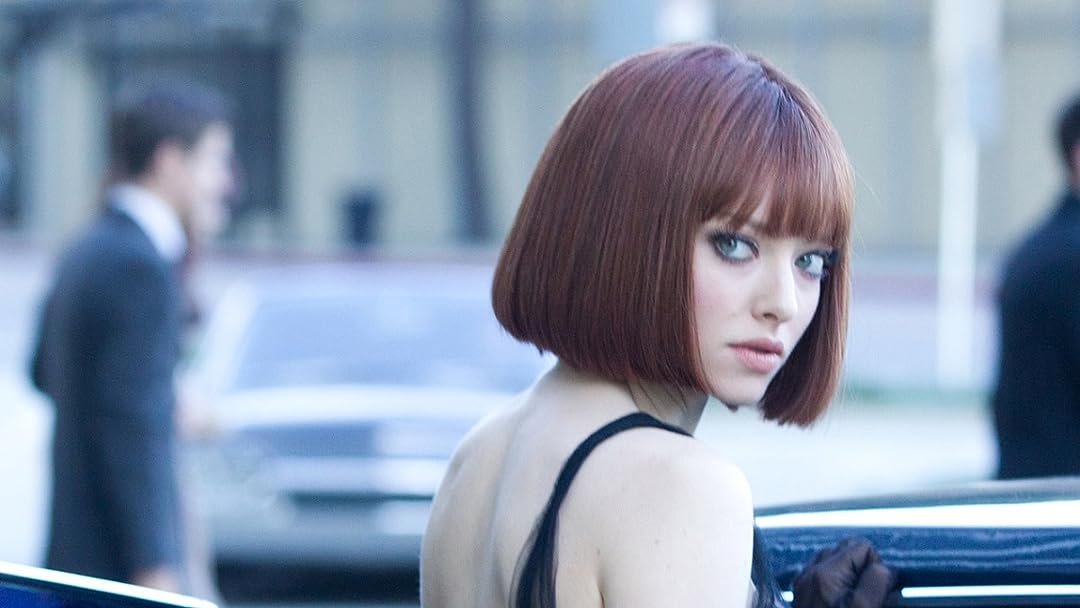 Glama PussReviewed in the United States on March 21, 2021
4.0 out of 5 stars
What the elites truly want...
Verified purchase
more than gold, jewels, real estate or any 'thing' on Earth is to be immortal. In so many movies they tell us this and they show us ways they may get that in the future. Along with their Desire for immortality however comes the Need for total control of us. I'm watching this in the middle of the Plandemic, knowing that the elite are coming after our food and our water even as they poison those and our air, the same air they breathe. This movie is quite entertaining tho made much moreso by the casting of Cillian Murphy as the unbribeable timekeeper. I dont normally enjoy sci-fi movies but this one is highly entertaining and seeing it in this Day and Age I viewed it with a different perspective than when I originally saw it. Highly recommend...if you have the time.
63 people found this helpful

Peter ParisiReviewed in the United States on December 28, 2020
3.0 out of 5 stars
In spite of the lazy thinking and plot-holes, an enjoyable movie.
Verified purchase
There are some good ideas here, but a few minutes' thought about the film's inconsistencies will ruin them for you.

The movie isn't bad. It held my interest when I was looking for something to pass the time. There were a couple of clever visual jokes having to do with not being able to tell a woman's age (and, thus, what relationship she might have with another character: mother? wife? girl-friend? daughter?)

A clarification needs to be made, however: the movie really isn't talking about "time," per se, but "longevity." Time isn't being rationed, people's lives are being artificially limited. The failure of the filmmakers to get this straight accounts for a few annoying inconsistencies. A better movie might have explored more deeply the ideas of longevity as currency and artificially imposed scarcities.

Seyfried and Timberlake are decent actors and they do a good-enough job here. Cillian Murphy makes the best of the single dimension he's forced to inhabit.

The movie was free on Prime, so no money changed hands. Just time.

joel wingReviewed in the United States on July 11, 2020
3.0 out of 5 stars
Good plot of rich vs poor but Timberlake doens't quite pull off his role
Verified purchase
In Time was a science fiction film where people stopped aging at 25 years old. The problem is they can only live for one more year and unless they earn more time. The film focuses upon the differences between the rich and poor as the rich can live forever because they have the money to buy as much time as they want while the poor struggle to stay alive.

Justin Timberlake is Will a factory worker just keeping his head above water. One night he runs into a rich man named Henry (Matt Bomer) who explains to him the system is fixed to keep the rich alive and keep everyone else down for the simple matter that the world couldn’t support a population that never dies. Thus the system constantly increases prices on the poor and other hardships to make sure they die. For listening to him Henry gives Will all of his time. He goes to tell his mom but she runs out of time and dies. The movie is about what Will will do with all his time and whether he can get payback against the rich for what they do to the rest of society.

It’s an interesting story but Timberlake isn’t able to fully pull off his role, which undermines things.
C
23 people found this helpful

Todd M.Reviewed in the United States on July 18, 2020
3.0 out of 5 stars
A primer for what you can do in stiletto heels.
Verified purchase
Can you really jump out of building onto a car, climb up a vertical ladder and run a few miles in stiletto heels? There’s no tension in this one but there is a ton of bad acting and poor direction and the action scenes are just totally unbelievable and somewhat laughable. Putting a tired plot in the future and making the commodity time itself isn’t novel enough to save this one… and neither is Justin who should stick to music based on what he delivers in this one. Perhaps watching Amanda doing what she does in those heels and a short skirt will be enough for some but the only reason we watched it was because it was included in our HBO subscription and I’m glad we didn’t rent it.
13 people found this helpful

category IIIReviewed in the United States on March 23, 2021
1.0 out of 5 stars
Find something else to do with your time
Verified purchase
It’s rare that I don’t finish a movie but the older I get, the more my time is important to me (see what I did there?). I turned it off less than half hour into it to clean my son’s fish tank. This movie had an interesting premise but was poorly executed. Timberlake’s acting is wooden and the rest of the cast’s even worse. Everyone acts and talks like they have a lobotomy. There is no tension and the plot just plods along until... it just dies. Who are the villains? Do you care? You end up happy that the poor as depicted in this film have limited time on this planet. The cinematography is good but not enough to save this travesty. Thankfully, it was prime and free. Not recommended.
9 people found this helpful

Inquiring MindsReviewed in the United States on September 29, 2018
5.0 out of 5 stars
Whole lot better and much different - actually entertaining
Verified purchase
Was pleasantly surprised with enjoy-ability factor here - descent Sci-Fi type movie. For some viewers probably is just that. No serious violence (kept to minimum roar). Actually had a sensible script as far as we can go with this genre of movie. This is one of few movies you could watch again and enjoy as much as first time (just wait a few months at least). It will keep your enthusiasm whole way thru the movie - no falling asleep here folks. Just get this one - its a sleeper (and a keeper).
22 people found this helpful

Eleftherios KritikakisReviewed in the United States on January 22, 2020
3.0 out of 5 stars
Some good, some bad...
Verified purchase
Main actor is very good. Camera work is very good. Suspense is good. The general premise is also ok (is New Greenwich supposed to be Silicon Valley and modern millionaires, stealing our time and making it the most valuable commodity? Time was actually always the most valuable commodity). Script is dumbed down significantly though, I'd prefer a more real-human language, like in the old movies. I watched the whole movie because I couldn't sleep, otherwise I would have stopped after 15 minutes and chose something like Cary Grant instead...
11 people found this helpful

ReaderReviewed in the United States on March 13, 2018
5.0 out of 5 stars
Good old fashioned movie!
Verified purchase
I am not a Timberlake fan, but this was a great script and he did better than I expected. I watch many movies and there were so many jokes that played on old movies, it was a treat. It didn't use so many of the tricks that ruin movies today; especially CG, no sex or blood so watch it with your middle school kids after you bribe them with popcorn. Give me a good old fashioned movie in which characters talk to one another and move the story along with dialogue. Bottom line? A fun date night or family movie night (might even spark a discussion with your middle age kids!!) that makes one think just enough without draining ones's brain, enough humor and action to maintain interest, and clear cut good guys and bad guys. The good guys win, alls right with the world! Think Robin Hood meets Bonnie and Clyde meets a great old Western!
21 people found this helpful
See all reviews
Back to top
Get to Know Us
Make Money with Us
Amazon Payment Products
Let Us Help You
EnglishChoose a language for shopping. United StatesChoose a country/region for shopping.
© 1996-2022, Amazon.com, Inc. or its affiliates