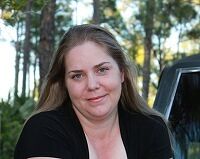 Tina Carreiro is a multi-published author who resides in South Florida with her family. At the young age of 15, Tina started working to help her family and became a jack-of-all-trades, working in many different areas from managing an automotive shop, to putting her computer programming degree to use. In 2010, she retired from her office job to live her dream and write. Her addiction to romance novels began at a young age when she started sneaking her mom's romance novels, and it was then her love for writing began. Tina is married to her best friend and the love of her life, and is a full-time gaming/cosplaying mom for her son and daughter.

When not writing, Tina enjoys reading romance novels, zombie movies, restoring classic cars, cats, crafting, and graphic design work. Poking fun at herself, and everything in between is her key to laughter and a long and healthy life.

To learn more about Tina or to leave her a comment, visit her at http://tinacarreiro.com 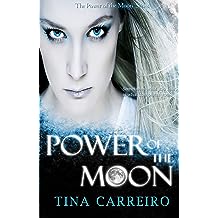 Power of the Moon Oct 14, 2012
by Tina Carreiro
( 53 )
$4.99
Haunted by visions of death, and a past that holds her prisoner, Mia Starr never imagined her life could become even more complex. Untapped psychic powers spark to life, and her chosen solitary existence fills with creatures that shatter her safe reality. Now the very thing she fears the most is the one thing that will complete her in every way possible.

Detective Cole Barnett has mastered the vampire within. It has earned him respect and a position with Sector 13, the hardest job a vampire can hold. When a beautiful mortal is thrown into his investigation, with powers able to subjugate vampires, she tests his restraint.

Cole and Mia’s passion ignites, but Mia’s fear holds her back and she struggles to forget his touch and possessive kiss. What she doesn’t realize is the more she runs from him, the more excited he becomes, and the hunt is something he cannot resist.
Read more
Other Formats: Paperback , Mass Market Paperback 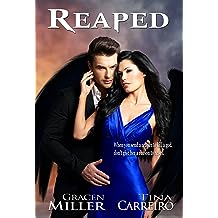 Reaped (Wages of Sin Book 1) Jan 26, 2017
by Gracen Miller, Tina Carreiro, Amanda Wimer
( 11 )
$2.99
WARNING: This is a work of fiction. Reaped is told through the eyes of the dark side. We understand the mythical and religious spin within this book may be hard for some to read. So if you fit that mold, please don’t be tempted to open the book. If suspending belief is something you have a hard time with when religious aspects are involved, please refrain from reading. This work of fiction is not to be taken seriously. This book was written from our creative view and intended for entertainment purposes only. The book was not written to be incendiary or inflammatory. So before you pass judgment, remember, that’s reserved for God.

God ordered her to reap him…

Forged by her father’s hand to reap at His command, Solas was God’s most skilled Reaper. Killing on command, she had never questioned His directives—until now. Too bad Loki’s heart isn’t as black as she’s been led to believe. That would make her job easy. But she cannot dismiss the goodness she senses inside him. Bewildered by her attraction to Loki, she still craves returning home, but knows the only way back into her homeland is to obey God’s order. As the lines between allies and enemies are blurred, she questions who is weaving the biggest deception… the legendary trickster god or her own father?

But she can’t bring herself to swing her blade.

From the moment she fell at his feet, Loki mistrusted Solas. His intentions were simple, to use her and send her on her way. Then he discovered she was cast out of her homeland after defying her father’s order to reap him. Intrigued by a woman that would stand against the supreme God, Loki offers her his temporary protection while nursing his skepticism. Many warriors from the heavens have been sent to kill him, but only one has come this close. She’s the perfect weapon. A threat not just to his life, but also to his family and everything he stands for. He should take her life, but he craves protecting her and the secret she harbors more.

When you send a reaper to kill a god, don’t give her a reason to rebel.

A tentative alliance between Loki and Solas is brokered, but misunderstandings strain their fragile relationship. Battles are won and lost, but can Solas escape her father’s will? Faced with hard choices, Loki will have to decide what’s important to him. Or can he pull off the ultimate trick and win their freedom? 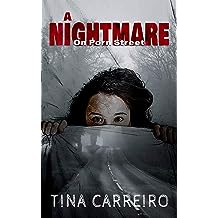 Bad things happen to bad girls. At least, that’s what Elizabeth’s mother embedded into her brain since she was young. To keep those bad things away, Elizabeth has two simple rules: don’t have sex and take her pills.

After they convinced a jury she was mentally unstable, Elizabeth has kept her mind quiet. With no repeats of what happened that night that thrust her in front of a jury in the first place, her life had been peaceful. Until her new employment with SkinLick productions, which threw her in the mix with bad girls that are sure to make bad things happen. 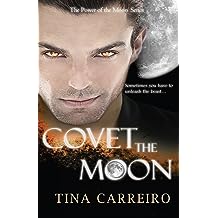 Mia Starr is now a full agent working for Sector 13, a secret division of the FBI, which monitors and controls all paranormal activity. Her main objective: keep humans safe and the paranormal hidden. Fresh out of human training, Mia is looking forward to learning all things paranormal and working with Cole, her deadly and sexy vampire lover. Before she has a chance to settle into her new life, she’s abducted. With her powers unfolding, an ancient enemy is revealed, and a powerful lineage to rival all others.


Cole Barnett will stop at nothing to get Mia back. Pushed to his breaking point when old ties surface, the vampire within him claws at his restraint leaving him with one choice—let it rage! Cole leaves a trail of blood and broken rules he’ll have to answer for in his wake to find Mia. Once he does, he also uncovers a connection between them that could shift the world of the undead. Now the one he covets is the one he needs to let go—her survival depends on it. But his stubborn human has set out to prove him wrong in a battle for love and her own life.


Sometimes you have to unleash the beast…
Read more
Other Formats: Paperback 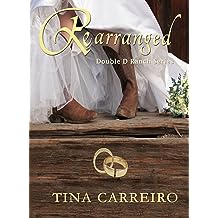 Rearranged (Double D Ranch Book 1) Aug 19, 2013
by Tina Carreiro
( 7 )
$2.99
Carly West is good at taking care of herself—she’s been doing it since her mama died. She can even make marrying a man she didn’t choose work. But when gorgeous ranch foreman, Wade Dawson struts into her life, everything changes. Her life starts to unravel, lies are uncovered, and the only comfort she finds is in the arms of a stranger.

Wade Dawson has one thing on his mind, to fulfill his brother’s responsibilities and get the hell out of this small town. But he soon finds out he wasn’t only hired to watch the ranch, but to see that the farmer’s daughter makes it down the aisle. It’s the first job he isn’t sure he can follow through with. But if he doesn’t, his brother’s reputation and freedom is at stake.

Bound by obligation to marry another man…

Bound by blood to save his brother…

Will one night destroy it all?
Read more
Other Formats: Paperback 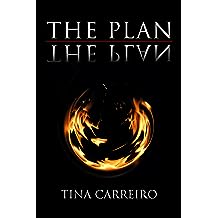 The Plan Jan 25, 2013
by Tina Carreiro
( 2 )
$0.99
The secret entrance Sharon discovers in her bedroom is nothing compared to what she finds on the other side of door. When the chance to bring back her dead husband uncovers a grim revelation, her decision is swayed, and the choice she makes leads her soul straight into the ring of fire.