Today Will Be Different and millions of other books are available for Amazon Kindle. Learn more 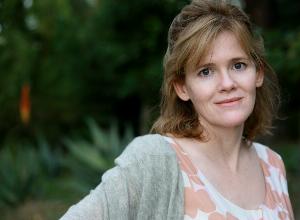 Today Will Be Different: From the bestselling author of Where'd You Go, Bernadette Paperback – June 29, 2017

Page 1 of 1 Start overPage 1 of 1
Previous page
Next page
Start reading Today Will Be Different on your Kindle in under a minute.

3.3 out of 5 stars
3.3 out of 5
1,044 global ratings
How are ratings calculated?
To calculate the overall star rating and percentage breakdown by star, we don’t use a simple average. Instead, our system considers things like how recent a review is and if the reviewer bought the item on Amazon. It also analyzes reviews to verify trustworthiness.

Elizabeth Esther
2.0 out of 5 stars The irresponsible antics of a negligent mother are played off as cute, funny, endearing. Nope.
Reviewed in the United States on August 2, 2017
Verified Purchase
Here we have Eleanor, a scatterbrained wife and mother who heedlessly careens through her day; stealing another woman's keys, smashing her head at an art exhibit and passing out, dumping her phone in a bait bucket, forgetting her dog at Costco, driving with a concussion and getting attacked by a German shepherd. Are we supposed to find such behavior endearing? Humorous? Shake our heads with a knowing chuckle: ah, well, that's just how ARTISTS are!
I was so disappointed in "Today Will Be Different." It just doesn't live up to the hype, especially after the brilliance that was 'Where'd You Go, Bernadette?' Yes, it's sharp-witted and kind of interesting in an offbeat way, but it's also cartoonish. Entirely implausible. Like watching a circus on LSD.

Reframe the perspective a bit and Eleanor's behavior isn't "cute" fodder for a story but rather shameful negligence of an unfit mother.

I won't give away the ending except to say that it didn't connect. It felt very contrived. Wish I hadn't spent the money on this book. Should have borrowed it from the library instead.
Read more
45 people found this helpful
Helpful
Report abuse

KJones
2.0 out of 5 stars Not a fan!
Reviewed in the United States on December 9, 2016
Verified Purchase
I thought it was one if the worst books I have read in awhile. We read it for our book club and not many people liked it. I loved her Where'd you Go Bernadette that's partially why we chose this book.
Read more
35 people found this helpful
Helpful
Report abuse

Ginger Leroy
2.0 out of 5 stars Confusing.
Reviewed in the United States on March 21, 2017
Verified Purchase
I love Maria Semples writing. She's funny. But I did not love this confusingly angry story. It's hard to like the central character. It's hard to like the supporting characters. The story has some barely believable events. They are just too incongruous. Give it a pass unless you have nothing else to read.
Read more
25 people found this helpful
Helpful
Report abuse

Jenny G. Lee
1.0 out of 5 stars Not good
Reviewed in the United States on June 16, 2019
Verified Purchase
I'm sure that writing is difficult, so I certainly give credit to the author. However, this one was just not good. The plot... hard to follow...if there was one. I get the main character was all over the place, but that doesn't mean the writing needs to be. There was nothing that kept my interest to continue reading it. I've stopped halfway through, which I hate doing.
Read more
8 people found this helpful
Helpful
Report abuse

PeanutsMommy
1.0 out of 5 stars Maybe the next chapter will be different
Reviewed in the United States on October 6, 2016
Verified Purchase
By Chapter 3 I was ready to quit. But I kept thinking it would get better. Another Chapter or two and I started skimming. Then I slowed down again thinking maybe I was missing what makes this book so funny and wonderful and worthy of all these good reviews. I don't understand.
I never quite understood how old Timby (?? The story of how he got his name is ridiculous) is, but maybe I just missed it...
The writing style - going from first person, to third person in the ungodly extended flashbacks, back to first person, seemed awkward. But even more than that, I just found Eleanor unlikeable, and unrelatable (which is particularly odd because I suspect that I am roughly her age, with a similar once-amazing-now-stalled career, and mommy to an elementary-age child). I couldn't imagine myself taking ANY of the actions she takes. It just came across as forced and farcical. I wanted to badly to like this since the concept seemed great, but I just can't recommend this one.
Read more
325 people found this helpful
Helpful
Report abuse

Michel
1.0 out of 5 stars Neither hilarious, nor moving.
Reviewed in the United States on September 16, 2019
Verified Purchase
I ordered Maria Semple’s Today will be different after reading glowing reviews from major national papers and by the major online reviews such as Kirkus, which made me think that it would be a good choice to shake up a bit my male book club crowd who are on the conservative side and have not appreciated my previous feminist selections. Given the local Seattle setting and the character of the husband being a doctor for the Seattle Seahawks, I thought the female protagonist with real problems might not be as forceful and liberated as the ones I subjected them to in previous readings. However, I was disappointed in the book and surprised by all the accolades it received so far. May be it was my mood, but I was hoping for something more than a troubled mom going through a mental crisis, through one challenging day between being stuck with her sick third grader, a visit of a former colleague who opens past wounds about her estranged sister who renounces her for the sake of moneyed comfort of a status-obsessed southern marriage, and to top it off, she freaks out when she finds out that her husband has found religion after having been a declared atheist all along. The book, replete with clichés (nun beatings in catholic school, Seattle blue-badged Amazon personnel, troubled childhoods), exaggerated circumstances (stealing another mom’s keys, leaving a bucket of Dryer's ice cream out in the open thus causing a social embarrassment worthy of newspaper reference, leaving her dog tied up to a cart at Costco, a crashed meeting for sex addicts), and awkward flash backs, all serve to disjoint its narrative voice. Mostly told in the first person by the main character Eleanor, the flashbacks through time and space jump from her perspective to reading about her and her family from a narrator's point of view.

I wish the author could have made better use of the intertextuality of the comic book illustrations as well as the 2 poems Eleanor is studying with her tutor-poet- UW-adjunct-faculty, and part-time Costco employee. While that may have taken away from the few funny episodes, it could have provided more depth to the characters and connected this reader more with the seriousness of Eleanor’s inner crisis, her personal and professional struggles through poignant moments like when Eleanor tells her son Timby during a visit to an art installation, “I don’t mean to ruin the ending for you, sweet child, but life is one long headwind. To make any kind of impact requires self-will bordering on madness. The world will be hostile, it will be suspicious of your intent, it will misinterpret you, it will pack you with doubt, it will flatter you into self-sabotage—My God, I’m making it sound so glamorous and personal! What the world is, more than anything? It’s indifferent.” The novel unfolding over the course of a single eventful day, when Eleanor vows that today will be different could have provided a more nuanced character than the woman on the verge of madness. It tries to navigate the strait between funny and tragic, but unfortunately, it didn’t attain either for me.
Read more
5 people found this helpful
Helpful
Report abuse

TinaB
2.0 out of 5 stars Ugh
Reviewed in the United States on January 5, 2017
Verified Purchase
All over the place. That sums up this book. Even the twist. You wait for it forever through random tangents etc. and the twist is terrible. Plus nothing is resolved. It's frustrating.
Read more
22 people found this helpful
Helpful
Report abuse
See all reviews

Mindy
1.0 out of 5 stars Self obsessed and uninteresting- how come the great reviews?
Reviewed in the United Kingdom on July 4, 2018
Verified Purchase
I am English, female and, unlike the protagonist of this story, adult, with an adult’s sensibilities. Along with four female friends I read this for my recent Bookclub meeting. Without exception we found it boring, mind numbing rubbish. Written in the style of a narcissistic and self indulgent woman trying to be witty and failing; obscure references and cryptic comments which presumably mean something if you live in the world inhabited by the author. Or perhaps not.
Read more
4 people found this helpful
Report abuse

Angelwings
4.0 out of 5 stars Good but nothing special
Reviewed in the United Kingdom on August 23, 2017
Verified Purchase
I enjoyed this (not having read Bernadette) and found it peppered with insightful little phrases. Having said that, it's really nothing special. It helps to while away a few hours, lets put it this way, but not the (very hyped) phenomenon I was expecting.
Read more
2 people found this helpful
Report abuse

Danny
5.0 out of 5 stars Five Stars
Reviewed in the United Kingdom on July 6, 2018
Verified Purchase
So worth reading.
Read more
One person found this helpful
Report abuse

Jonnyboy
3.0 out of 5 stars Interesting book
Reviewed in the United Kingdom on January 10, 2017
Verified Purchase
This is an interesting book. I found it quite hard to read and connect with but once I did and understood the style of writing, which is quite different, I actually found it quite enjoyable. The characters are well written and the story is interesting and in the end I though it was pretty good. It's different.
Read more
Report abuse
See all reviews