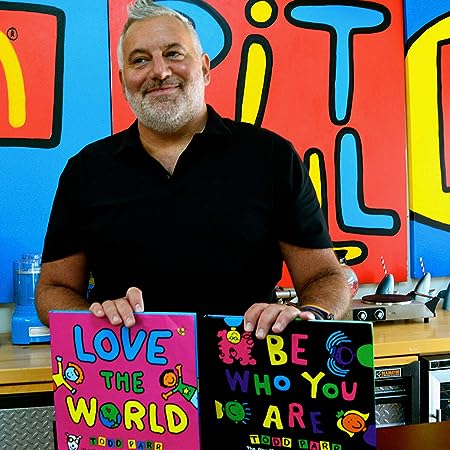 Todd Parr is a three-time New York Times bestselling author and illustrator of more than 50 books for children, including The Thankful Book, The Earth Book and The I LOVE YOU Book, as well as The Kindness Book and the recently released The Spring Book and The Activity Book, all from Little, Brown Books for Young Readers. He has inspired and empowered children around the world with simple, hopeful and powerful messages such as “be kind”, “love yourself” and “be who you are” all set with vibrant images utilizing eye-catching primary colors. His books have received numerous awards and are available in nearly 20 languages. He also is the co-creator of the popular three-time Daytime Emmy©- nominated animated TV series, ToddWorld with Gerry Renert of SupperTime Entertainment. Several short films for Sesame Street have been based on Todd’s work.

A flight attendant before becoming a full-time author/illustrator, Todd’s first book, The Okay Book, was published in 1999. Todd devotes time to numerous philanthropic causes supporting pet adoption, children’s hunger, health, and literacy. He is a frequent reader and fund-raiser for The Ronald McDonald House, and he also currently serves on the board of directors for the Virginia Children’s Book Festival. Todd’s corporate collaborations include Best Buy, Stouffer’s, and the San Francisco-Marin Food Bank, among others.

The Wyoming native lives in Berkeley, CA, with his three adopted pit bulls and enjoys cooking. He is often whipping up macaroni & cheese, tacos, and grilled cheese recipes, which he regularly shares with fans. For more information on Todd visit his website, Facebook, or Instagram. 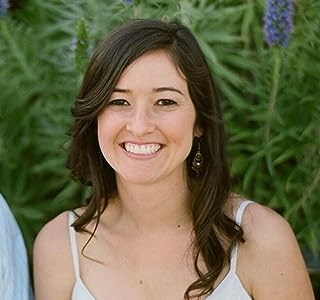 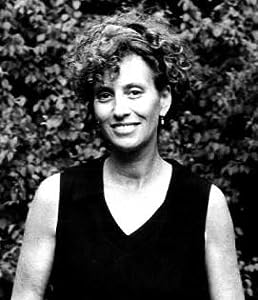 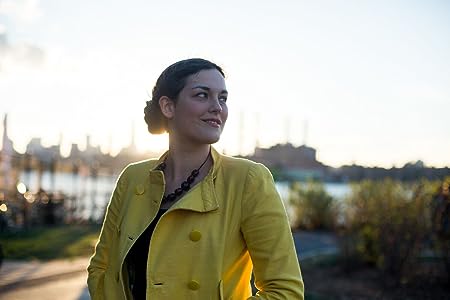 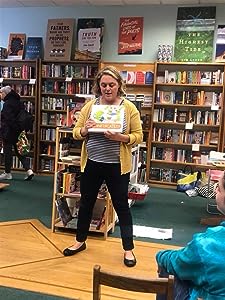 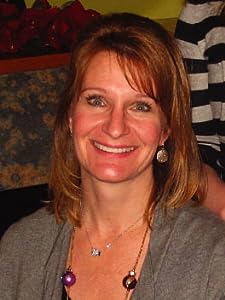 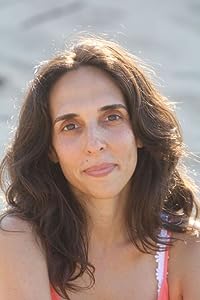 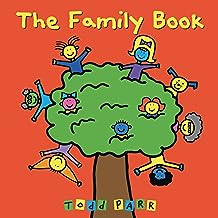 The Family Book Jun 1, 2011
by Todd Parr
( 2,428 )
$7.99
Represents a variety of families, some big and some small, some with only one parent and some with two moms or dads, some quiet and some noisy, but all alike in some ways and special no matter what.
Read more
Other Formats: Hardcover , Paperback , Board book 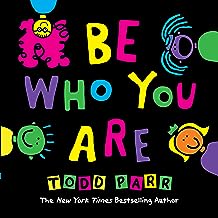 Be Who You Are Oct 25, 2016
by Todd Parr
( 394 )
$9.99
In a brand-new companion to his beloved classic It's Okay to Be Different, New York Times bestselling author Todd Parr encourages kids to be proud of who they are inside.

Be who you are!
Be proud of where you're from.
Be a different color. Speak your language.
Wear everything you need to be you.

Who better than Todd Parr to remind kids that their unique traits are what make them so special? With his signature silly and accessible style, Parr encourages readers to embrace all their unique qualities.
Read more
Other Formats: Hardcover , Paperback 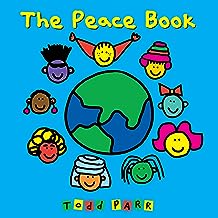 The Peace Book delivers positive and hopeful messages of peace in an accessible, child-friendly format featuring Todd Parr's trademark bold, bright colors and silly scenes. Perfect for the youngest readers, this book delivers a timely and timeless message about the importance of friendship, caring, and acceptance.
Read more
Other Formats: Hardcover , Paperback , Board book 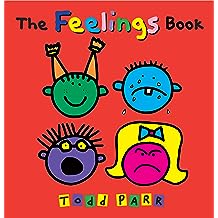 The Feelings Book vibrantly illustrates the wide range of moods we all experience. Kids and adults will appreciate Todd Parr's quirky intelligence as he pays special attention to the ever-changing, sometimes nonsensical emotions that we all feel. Targeted to young children first beginning to read, this book will inspire kids to discuss their multitude of feelings in a kid-friendly, accessible format, told through Parr's trademark bold, bright colors and silly scenes. 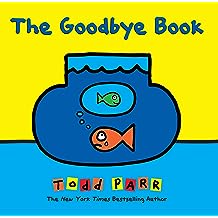 Through the lens of a pet fish who has lost his companion, Todd Parr tells a moving and wholly accessible story about saying goodbye. Touching upon the host of emotions children experience, Todd reminds readers that it's okay not to know all the answers, and that someone will always be there to support them. An invaluable resource for life's toughest moments.
Read more
Other Formats: Hardcover 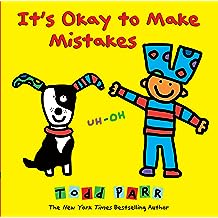 It's Okay to Make Mistakes Jul 15, 2014
by Todd Parr
( 509 )
$9.99
In a tradition of Todd Parr's fan-favorite It's Okay to Be Different, a book about embracing mistakes and the joy of happy accidents.

Todd Parr's bestselling books have reminded kids to embrace differences, to be thankful, to love one another, and to be themselves. It's Okay to Make Mistakes embraces life's happy accidents, the mistakes and mess-ups that can lead to self discovery. Todd Parr brings a timely theme to life with his signature bold, kid-friendly illustrations and a passion for making readers feel good about themselves, encouraging them to try new things, experiment, and dare to explore new paths.

From coloring outside the lines and creating a unique piece of art to forgetting an umbrella but making a new friend, each page offers a kid-friendly take on the importance of taking chances, trying new things, and embracing life, mistakes and all.
Read more
Other Formats: Hardcover , Paperback 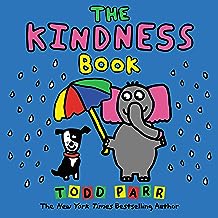 The Kindness Book Oct 1, 2019
by Todd Parr
( 312 )
$9.99
Beloved and New York Times bestselling author Todd Parr uses his signature blend of playfulness and sensitivity to explore the value and joy in being kind to others.
With his trademark bright colors and bold lines, Todd Parr takes on a topic more important than ever: being kind to each other. This idea is both a perfect fit for Todd's cheerful, child-friendly positivity and incredibly close to Todd's own heart. No matter what other people choose to do, you can always choose to be kind -- and what a wonderful thing to be! Today's parents and teachers are looking for ways to instill empathy and kindness in children at a young age -- this book is the perfect introduction to a timely and timeless topic.
Read more
Other Formats: Hardcover 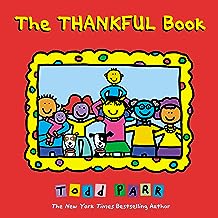 The perfect book to treasure and share around the holidays and throughout the year is now available as a board book! Todd Parr's bestselling books have celebrated Valentine's Day, Earth Day, and Halloween, teaching kids about unconditional love, respecting the earth, and facing fears, all with his signature blend of playfulness and sensitivity. The Thankful Book celebrates all the little things children can give thanks for. From everyday activities like reading and bathtime to big family meals together and special alone time between parent and child, Todd inspires readers to remember all of life's special moments.
Read more
Other Formats: Hardcover , Paperback , Board book 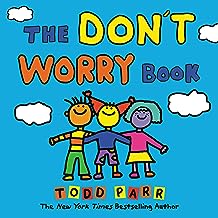 The Don't Worry Book Jul 30, 2019
by Todd Parr
( 215 )
$9.99
From bestselling and beloved author Todd Parr, a new book that reassures kids everywhere that even when things are scary or confusing, there's always something comforting around the corner.
Todd Parr brings his trademark bright colors and bold lines to his new book about things that might make kids worry--from loud news, to loud neighbors, or a big day at school. With his signature humor and instantly recognizable style, Todd speaks out to kids who are feeling the weight of their world, offering solutions and comfort, as well as giggles.
Read more
Other Formats: Hardcover 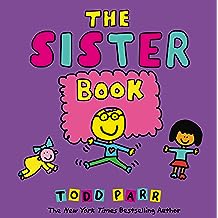 The Sister Book Apr 17, 2018
by Todd parr
( 88 )
$9.99
Bestselling and beloved creator Todd Parr brings his trademark wit and wisdom to this celebration of all different kinds of sisters!

All sisters are a special part of your family!

Following up on his family classics The Mommy Book, The Daddy Book, The Grandma Book, and The Grandpa Book, Todd Parr turns to siblings! With his trademark childlike art, Todd celebrates all different kinds of sisters. Whether they are older or younger, enjoy helping in the kitchen or the garage, live with you or live far away, sisters are always a special part of your family. This sibling celebration is perfect for sisters of all ages, and for older girls and boys who are expecting a new little one.
Read more
Other Formats: Hardcover 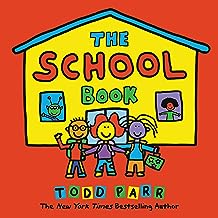 The School Book Aug 13, 2019
by Todd Parr
( 112 )
$9.99
Beloved and New York Times bestselling author Todd Parr uses his signature blend of playfulness and sensitivity to introduce readers to all the wonderful things they can do at school, where everyone is welcome!
With his trademark bright colors and bold lines, Todd Parr introduces readers to a perennial source of childhood anxiety and excitement both: school! From morning routines to meeting new people to learning and playing together, Todd explores all the different things that can happen in school, all the while sharing a cheerful, child-friendly message of sharing, inclusion, and community. Welcome to school-- a place for everyone to grow!
Read more
Other Formats: Hardcover 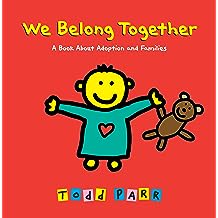 We Belong Together: A Book About Adoption and Families Feb 21, 2011
by Todd Parr
( 347 )
$9.99
In a kid-friendly, accessible way, this book explores the ways that people can choose to come together to make a family by showing one perspective on the adoption experience.

We Belong Together is about sharing your home and sharing your heart to make a family that belongs together. With an understanding of how personal and unique each adoption is, and that not everyone comes to it in the same way, Todd Parr's colorful art explores the meaning of family.
Read more
Other Formats: Hardcover