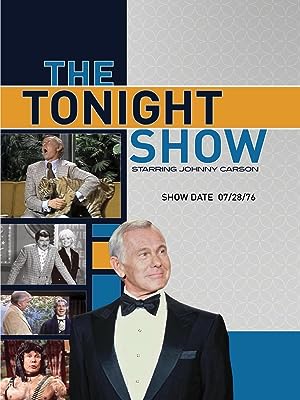 Mr. ImpossibleReviewed in the United States on August 3, 2011
4.0 out of 5 stars
Great Show, But Out of Synch
Verified purchase
I was a huge Tonight Show with Johnny Carson fan in the 70s.

This was a very special episode of the Tonight Show with Johnny Carson that stood out in my memory even 35 years after I saw it, as it had two of Carson's favorite guests on the same show: Burt Reynolds and Robert Blake. Both were macho, outspoken, and a bit crazy in their own ways. When I saw this show available as a download, I jumped at the chance. It holds up, was almost as good as I remembered it, which is saying a lot. My only complaint is the picture and the soundtrack were out of synch by about three seconds...very annoying. Obviously, this is a major goof.