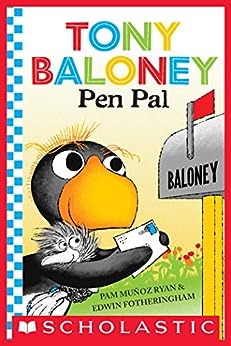 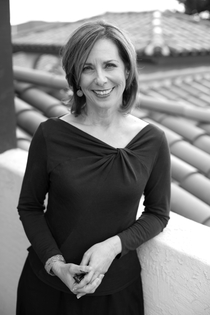 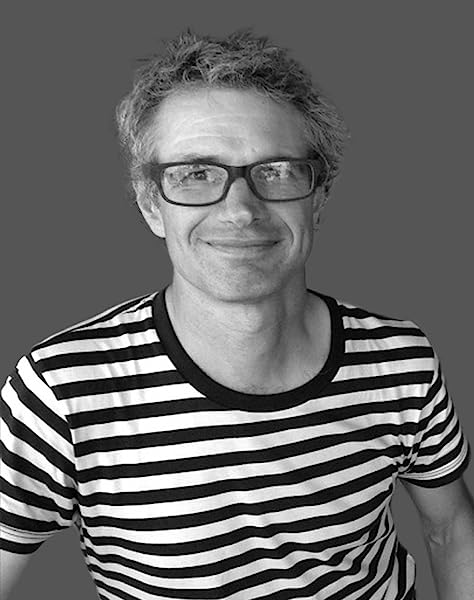 by Pam Munoz Ryan (Author), Edwin Fotheringham (Illustrator) Format: Kindle Edition
See all formats and editions
Sorry, there was a problem loading this page. Try again.
Everyone's favorite penguin--and the star of two best-selling readers in clubs and fairs--is back in another adorable adventure!

Tony Baloney is excited. It's Pen Pal Month at school. Tony hopes he and his new pen pal Sam will become friends for life. It looks promising. The two have a lot in common: Sam rides a scooter, plays baseball, is a middle-child, and has a stuffed animal buddy, just like Tony! But when Sam's class comes to visit, Tony gets a big surprise: Sam is a girl! Can Tony be friends for life with a GIRL?
Read more
Previous page
Next page
Fire Tablets
Fire Phones
Free Kindle Reading Apps
Available on these devices

PreS-Gr 2—It is Pen Pal Month at school and macaroni penguin, Tony Baloney, can't wait to write to his new friend Sam. After exchanging letters, it seems that Sam is a lot like Tony; they both play baseball, ride scooters, and love reading spooky stories. Tony can hardly wait for the class pizza party when they get to meet. When he can't find Sam in the crowd of kids, Tony is initially disappointed that his friend didn't make it. Then he is horrified when he discovers that Sam DID make the party but is indeed a girl. After a pep talk from his teacher, Tony decides to give it a go and lo and behold, Sam is just as awesome as he had hoped. This entry in the series is filled with the familiar characters of bossy Big Sister and Tony's stuffed animal Dandelion. Told in four short chapters, with large illustrations done in primary colors, the book's theme would fit nicely in lessons about having friends that are different than yourself. VERDICT A solid addition to most easy reader collections.—Amy Nolan, St. Joseph Public Library, St. Joseph, MI --This text refers to an out of print or unavailable edition of this title.

Pam Muñoz Ryan is the recipient of the NEA’s Human and Civil Rights Award and the Virginia Hamilton Literary Award for multicultural literature. She has written more than thirty books for young readers. Her celebrated novels, such as Riding Freedom, Esperanza Rising, Becoming Naomi Léon, Paint the Wind, and The Dreamer, have cumulatively won countless accolades, among them two Pura Belpré Awards, a NAPPA Gold Award, an Americas Award, and several ALA Notable citations. Pam has also written numerous picture books, including Amelia and Eleanor Go for a Ride and When Marian Sang, both illustrated by Brian Selznick, and Tony Baloney illustrated by Edwin Fotheringham, as well as a beginning reader series featuring Tony Baloney. Pam lives near San Diego with her family. You can visit her at www.pammunozryan.com.

Edwin Fotheringham has illustrated numerous award-winning picture books, including Barbara Kerley's WHAT TO DO ABOUT ALICE?; THE EXTRAORDINARY MARK TWAIN (ACCORDING TO SUSY); THOSE REBELS, JOHN & TOM; and A HOME FOR MR. EMERSON; as well as Shana Corey's MERMAID QUEEN and Pam Muñoz Ryan's TONY BALONEY. Fotheringham lives in Seattle, Washington. You can visit him online at www.edfotheringham.com.
--This text refers to an out of print or unavailable edition of this title.

"Fotheringham’s macaroni penguins are as delightful as ever--Ryan proves yet again that she understands young children."--Kirkus, starred review:

Tony Baloney is a macaroni penguin� begins this odd duck of a picture book, and he likes fish tacos and Little Green Walrus Guys. If that doesn�t make a whole lot of sense to you, well, buckle up. In the world of Tony Baloney�the troublesome middle child in a family of penguins�nonsense and exaggeration are par for the course. When they play, Tony�s big sister always gets to be the Boss of the World, while Tony always has to be the kitty. (No, this doesn�t make sense, but kids� play worlds rarely do) Frustration leads to acting out, and soon Tony is commiserating with his stuffed animal Dandelion inside their cardboard box hideout: �After Tony Baloney has been in the hidey-space for maybe a year, or twenty minutes, he feels a teensy bit lonely, and Dandelion feels a teensy bit like apologizing.� Ryan fills the story with memorably random details (what�s up with everyone�s obsession with Parmesan cheese?), and Fotheringham�s digitally rendered illustrations give things a Crayola-bright pizzazz. Totally goofy, but totally fun. Preschool-Grade 1. --Daniel Kraus --This text refers to an out of print or unavailable edition of this title.
Read more

Cholla Cactus
5.0 out of 5 stars It is easy for young children to relate to the penguin!
Reviewed in the United States on May 4, 2017
Verified Purchase
Tony Baloney books seem to be really innocent and cute. They always make me smile. Good news, the 3.5 year old likes them too! This story has a good message about keeping an open mind regarding your friends and pen pals. I like the fact that Tony Baloney is a far from perfect young penguin - it makes it easy for my young son to relate to him! We're going to *try* to start mailing letters to a pen pal in NYC because of this book.
Read more
Helpful
Report abuse

Raymond B. Mcguire
5.0 out of 5 stars My son's current favorite book in the Whole Wide-y World
Reviewed in the United States on October 9, 2012
Verified Purchase
We originally borrowed this book from the local library and, at first, my three year old son didn't like it. He was more into the car books we borrowed, but as we read the story over and over again, he started repeating the phrases that made the book so memorable. In fact, my son liked it so much, we purchased the book from Amazon. We only purchase books from garage sales or similarly cheap venues, so paying almost full price is a testament to how much our son loves this book. We also purchased the second book- "School Rules" which is good, but this book is much more memorable with better one-line phrases. I can't express enough how much my son enjoys this book, so I will stop here as I can already hear Dandelion exclaim, "alright alright, don't get so mushy on me".
Read more
4 people found this helpful
Helpful
Report abuse

Catherine
4.0 out of 5 stars Nice read aloud to prepare for first day of school
Reviewed in the United States on July 10, 2017
Verified Purchase
This would be a good read aloud for a 5 or 6 year old preparing to attend school. Tony tries to have a good first day at school, but there are some mishaps. He survives mistakes and embarrassment to ultimately have a successful day.
Read more
Helpful
Report abuse

Amanda
5.0 out of 5 stars Great read
Reviewed in the United States on December 20, 2019
Verified Purchase
It was a great book to read my class of 2nd graders before having them write letters to their penpals. It teaches that not everything you say in a letter is who you are as a person(or penguin).
Read more
Helpful
Report abuse

Mike
5.0 out of 5 stars Love this book
Reviewed in the United States on January 27, 2018
Verified Purchase
My child loves Tony Baloney! This one and the other two we have are some of her favorites to read.
Read more
Helpful
Report abuse

lisa
5.0 out of 5 stars Great book
Reviewed in the United States on February 14, 2018
Verified Purchase
My students love his book. It is a great way to introduce rules of the classroom, especially when it is ok to interrupt the teacher when I am speaking.
Read more
Helpful
Report abuse

Kristina Carter
5.0 out of 5 stars "Tony Baloney did not love trouble.
Reviewed in the United States on November 5, 2014
Verified Purchase
This rhyming book which includes the line: "Tony Baloney did not love trouble...but trouble loved him." Was an instant favorite with my six year old grandson who had it mostly memorized by reading #4. Good fun and a good lesson about humility is hidden in there as well.
Read more
One person found this helpful
Helpful
Report abuse