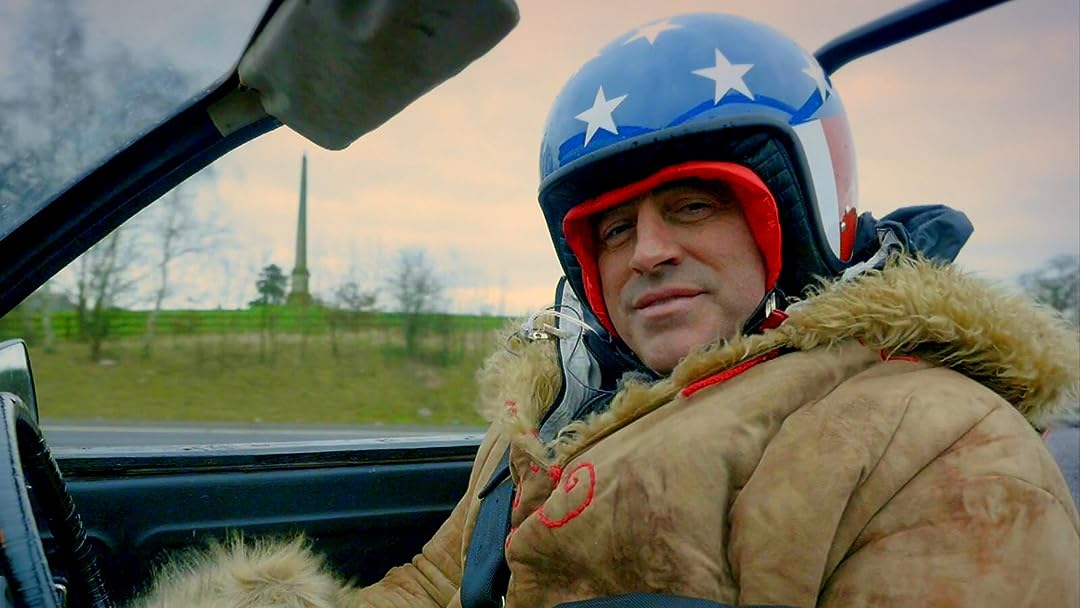 (336)8.62016TV-14
Top Gear returns with new hosts in pursuit of new automotive thrills. The all-new lineup includes self-confessed petrol head Chris Evans at the helm. Featuring automotive adventures around the world, this season will be crammed full of fresh twists, along with familiar features like the Star in a Reasonably Priced Car and, of course, The Stig. It just wouldn't be Top Gear without him.

Adam V MooreReviewed in the United States on November 20, 2016
1.0 out of 5 stars
In no way worthy of the Top Gear name
Verified purchase
Right off the bat..."Tonight, I get chased,...Matt gets chased"...the tone of Chris Evan's voice instantly brought to mind the infamous raspy voiced Batman of The Dark Knight...the attempt at humor fell more flat than American Top Gear, which I did not think was possible. Another disturbing first was the obvious canned laughter during Matt LeBlanc's attempted Lawrence of Arabia joke. CANNED LAUGHTER ON TOP GEAR?!? Never thought I'd see the day. I could not watch the entire episode in one sitting...it was that bad. And don't even get me started about how they defiled and destroyed the TG test track. This then is to Top Gear what the Cygnet was to Aston Martin...I swore I would never watch TG again after Clarkson's departure but I just had to see how bad the reboot really was, and believe me...the $3 I spent on this sad joke of the original , would have provided more entertainment by being flushed down my toilet...the BBC have essentially taken what was once one of the greatest television shows in history, which took decades to refine, and let it die a slow and painful death surrounded by shame and total failure all in the name of greed. I can't help but feel bad for whoever gets stuck trying to save the Top Gear sinking ship. Even the Facebook cover photo looks like the Stig is job hunting. In other words, Top Gear is a bust. Meanwhile, now that The Grand Tour is here, Top Gear will soon be a distant memory and the BBC will be the television laughing stock of the world. Wish I could give it 0 out of 5.
25 people found this helpful

Harlan B. CasselReviewed in the United States on June 20, 2016
2.0 out of 5 stars
Watch American Top Gear instead.
Verified purchase
Like many others I came for the spectacular failure and was not disappointed. I was expecting this to be more like American Top Gear, or another spin off instead of like the original, but they even failed at that.
Matt LeBlanc actually seems like he wants to be there and does bring some personality to the show, but Chris Evans isn't funny and is worse when he tries to be. Having two presenters instead of three ruins the paper rock scissors dynamic. At best you can have two people in conflict which can ruin a show, at worst you have boredom.

They removed much of the gags, banter, and conflict. Instead they have this lets go hug it out attitude going, which falls flat. Nothing drives the show. The only motivation the cast seems to have is doing what the producers tell them to do. I can understand making radical changes to the show, but all they have really done is changed the cast and removed everything that was edgy/funny.

Even the live audience looks like they are in pain to be there. Aside from a few people positioned directly behind the presenters, everyone looks tired/bored/angry to be there.

To Sum it up: While removing everything that was fun/funny with the show they have changed very little else. Not even the seats and table are changed.

Eli MathieuReviewed in the United States on June 14, 2016
1.0 out of 5 stars
Presenters not good
Verified purchase
I watched top gear in previous seasons for both the knowlegde of cars and for the personalities that had entertained me with their banter for nearly half of my life. Unfortuantely, the two new main presenters (followed by a confusingly large amount of lesser featured ones) are not up to par. The car knowledge is still there in a way but I most certainly do not look forward to hearing what these presenters have to say. They aren't even as experienced either which begs the question of why. I will be watching Grand Tour when it comes out later this year and possibly liking it more than the old top gear even.
11 people found this helpful

Joseph VerderameReviewed in the United States on June 10, 2016
2.0 out of 5 stars
Matt is great, but Chris Evans is really murdering this show...
Verified purchase
Alright, to be fair it takes a bit to settle into a rhythm with any new group of hosts. That said, if Chris Evans could do something other than shout, in what can best be described as affected, that would be wonderful. Seriously, he has terrible delivery on the show. It comes out flat and ingenuine. His jokes just don't quite cut it. Episode 2 (which only episodes 1 and 2 are available as I write this) is better than the first, but my god do I cringe every time Chris Evans is left alone as the presenter... Matt LeBlanc, Jensen Button, and Sea-Sick Steve all do a much better job on the show. -Solid delivery from them off set the terribleness that is Chris Evans. If this continues like this, it is going to tank what has been arguably one of the best shows on TV for more than a decade. The BBC should seriously consider keeping Matt (which a lot of reviews have said) and sacking Chris who is just really dragging the show down....
21 people found this helpful

PGReviewed in the United States on June 10, 2016
1.0 out of 5 stars
Gratifyingly horrible.
Verified purchase
I bought season 23 of TG only to watch the BBC learn a harsh lesson week by week. So far, I have not been disappointed. Top Gear season 23 demonstrates that you can't place a committee at the helm of a show after the funny people have left, and expect the results to be watchable.
58 people found this helpful

Antoine DoironReviewed in the United States on June 3, 2016
1.0 out of 5 stars
not so great.
Verified purchase
I'm not going to waste my time with this show. I loved the dynamic between the old hosts but this seems like a bad reproduction and not all that interesting. In their defense, loosing all their hosts and some of the production team is a tough thing to recover from. Might have been a good time to radically re-invent the show or create a new show. Trying to stick with the same format feels wrong, like watching the US version of Top Gear in its first season. I may give it a chance in the future once the hosts have figured out their own style.
32 people found this helpful

Grant David FesslerReviewed in the United States on July 25, 2016
1.0 out of 5 stars
This is a dumpster fire and you should only watch to warm your hands.
Verified purchase
Chris Evans is utterly unlikeable. As an example, screaming "We've got custody! We've got custody!" and running about the studio, when referring to rights to use the Stig. Another one is the moronic shouting and almost exclusively dubbed over car reviews, where he can't even come up with any of his own material inside the car. Evans is the bane of the new Top Gear, or shall I call it First Gear?

However, Matt Leblanc is almost natural with the in-the-seat reviews. His studio bits are a bit dreary, but I would imagine that's mostly due to Chris's overshadowing buffoonery and repulsiveness. It's good now that Chris Evans is gone, so that Matt can shape the show into a somewhat competitive program.
8 people found this helpful

William WallaceReviewed in the United States on December 7, 2016
1.0 out of 5 stars
Watch 'The Grand Tour' instead.....
Verified purchase
Complete garbage. Matt le Blanc should be banned from TV, he is the most unfunny moron I have ever seen. If you want a good car show watch The Grand Tour with Jeremy Clarkson. Now there is a high quality and very entertaining tv show....
10 people found this helpful
See all reviews
Back to top
Get to Know Us
Make Money with Us
Amazon Payment Products
Let Us Help You
EnglishChoose a language for shopping. United StatesChoose a country/region for shopping.
© 1996-2021, Amazon.com, Inc. or its affiliates