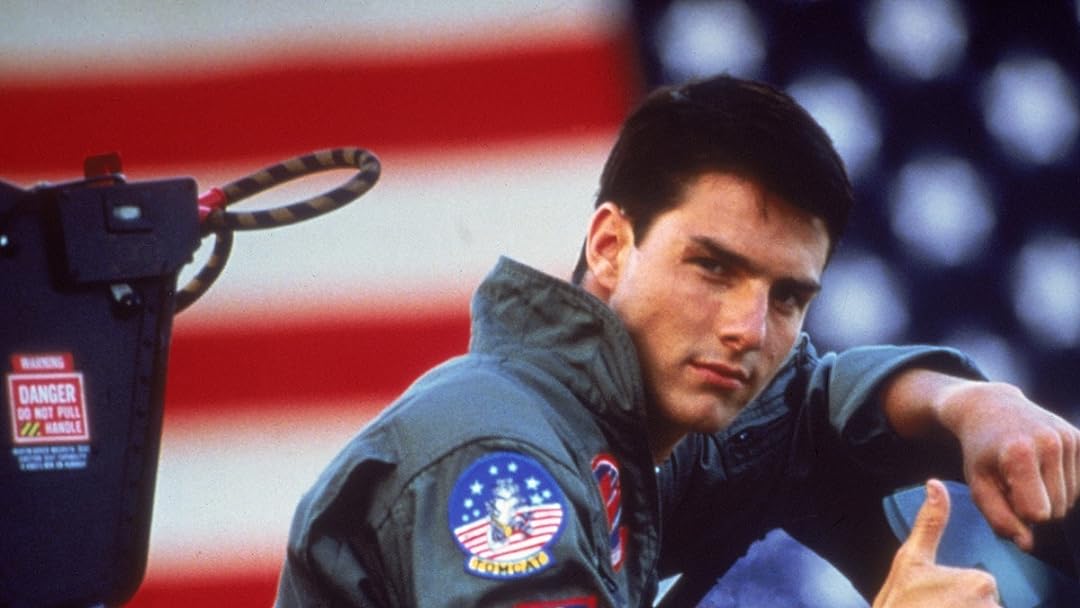 Devin MunceReviewed in the United States on September 13, 2020
5.0 out of 5 stars
One of the best
Verified purchase
I hadn't seen this for many years and watched it again last night. What an amazing film! I joined the Navy in 1987 after graduating high school, and while on a cruise for six months in the Med, our ship was always with an air craft carrier; we would get the privilege of seeing the flight ops daily. It was surreal as the surface of the sea was like glass, and the afterburners of the planes would glow off of it. Anyway, this film is a magical experience, and it transported me back to those times. The 1980's were a special time for so many reasons, and it's difficult to watch our nation decay and fall, but I am grateful for having lived in a better time and seen our nation at it's zenith before decline. Now, I look forward to seeing the second film!
56 people found this helpful

RaechelrocksReviewed in the United States on August 28, 2020
5.0 out of 5 stars
No nudity, very little cussing and this was the one of the best movies ever!
Verified purchase
I must have seen Top Gun at least a hundred times through the decades and it is one movie that never gets old and never ages. This great movie set the standard for movies to come and its too just bad that most of the movies made today have to have nudity, violence and horrible language throughout because those things are not needed to make a movie a classic as Top Gun clearly shows us. One of Tom Cruises's best pictures.... I continue to love it every time I watch it. Romantic without being too specific and great storyline. Love it.
35 people found this helpful

paula rejasReviewed in the United States on September 24, 2021
2.0 out of 5 stars
Does not pass the test of time
Verified purchase
I'm in my 30s watching this for the first time and I can say it does not pass the test of time. There is little character development, you are supposed to get full storylines from a few oneliners from each character and accept that
1. That the instructor just magically fell in love with maverick, puts her career on the line for sleeping with a student and yet doesn't think twice about taking a position so.ehwere else.
2. They sell the idea that these are the best pilots in the world yet we see very little evidence of such, a few scenes of them flying is supposed to show us excellence when the camera work is so poor you can't even figure out who is doing what.
3. They try to pin Maverick against Ice in this non existing rivalry due to poor character development. Im sure this movie was great when it came out but 2021, kinda of a waste of time.

Mr. OuchiezReviewed in the United States on August 9, 2020
2.0 out of 5 stars
Was tempted to give an ironic 5-star rating like countless others, but just had to be honest.
Verified purchase
In short, Top Gun is a dumpster fire of flimsy cliches and groan-inducing corniness at it's best.
It is well documented the film's production was a monumental undertaking at the time, however said vast efforts and expenses didn't actually equate to a good film, save for the mouth breathing folk who are readily enamored by sparkly objects...
I must admit that both the dialogue and screenplay are so utterly horrendous at times that they miraculously circle back around and morph into a campy near-greatness, however it's blatantly clear there was ZERO intent even in the most distant corners of the writers' cocaine-fueled heads.
The absolute BEST part of my experience in revisiting this film after close to 30 years was that I was constantly reminded of Will Ferrell's delightfully moronic character in Tim And Eric's Billion Dollar Movie, as his character was likely the sole person on modern day Earth that actually found this sizzling-hot and overflowing adult diaper of a film to be profound in any semblance of imagination. And he watched it again and again.
I suppose this is actually more of a rave review for Tim And Eric's Billion Dollar Movie than it is an endorsement of the schlock that is Top Gun.
Meh, the 80's was a delightful decade of drug-addled buffoonery, and we should all pray for modern film studios to somehow miraculously evoke the capability to squeeze out even a minuscule hiss of a fart that can be something close to 1/1000th of the originality that was summoned back then...
One MASSIVE compliment: The main song (Berlin's "Take My Breath Away") is an absolutely gorgeous tune, and lifted the film to elevations that it had no business being in.

L.OReviewed in the United States on April 22, 2020
5.0 out of 5 stars
Favorite!!!!
Verified purchase
Old time favorite! I can watch this movie a million times and never get tired!
25 people found this helpful

joel wingReviewed in the United States on September 22, 2020
3.0 out of 5 stars
If you're lacking in testosterone watch Top Gun
Verified purchase
Top Gun was one of Tom Cruise’s earliest and biggest hits. He played Navy pilot Lt. “Maverick” Mitchell. Like many of his early roles Cruise was a hot shot know it all who has to be brought down to Earth. It’s therefore a testosterone filled story about who could be the top gun.

Jerry Bruckheimer was one of the co-producers of the movie. He always loved the military and he obviously got to show that off with this movie. There are all kinds of jet dogfights during training and then during the end Mitchell gets sent on a real mission. These were Bruckhemier’s bells and whistles.

The film is considered a classic military movie. It’s got men being men and they get to fly big, fast and expensive planes. It’s definitely a show.
C
9 people found this helpful

Bre m.Reviewed in the United States on May 18, 2022
4.0 out of 5 stars
Glad I opened same day- code is not guaranteed after tomorrow
Verified purchase
Classic but cheesy movie, just overall fun.
Got the steelbook for code & collector physical copy
Steelbook looks nice but doesn't close as snappy as some of my others
Code has a soft expiration of May 19 2022 (tomorrow, for me) it says "code may not be valid after" so it will probably still work later than this date, but there is a risk.
It is redeemable on almost any provider it looks like.
I used VUDU because they have UHD support on their app/movies. I just searched for the movie, and then instead of the buy button I clicked redeem.
If you use movies anywhere, please note that as a paramount movie, this will not transfer (at least not until paramount allows their movies to be eligible)
4 people found this helpful

trebuchetReviewed in the United States on September 1, 2020
5.0 out of 5 stars
Cold War Era Movies At Its Best
Verified purchase
Love this film. I remember seeing it in theaters with my father when I was 12. When it came out on VHS, I saw it over and over again to the point that I had memorized all the lines of the film. Along with films like Hunt For Red October, FIrefox, The Spy Who Loved Me, Rambo, Rocky IV, and Red Dawn, this film ranks as one of the best films that the Cold War era ever produced. In case you want to buy the soundtrack, do not buy the original release which does not have Sittin' On The Dock of the Bay, You've Lost That Lovin' Feeling, or Great Balls of Fire. Make sure you get the Special Expanded Edition.
12 people found this helpful
See all reviews
Back to top
Get to Know Us
Make Money with Us
Amazon Payment Products
Let Us Help You
EnglishChoose a language for shopping. United StatesChoose a country/region for shopping.
© 1996-2022, Amazon.com, Inc. or its affiliates