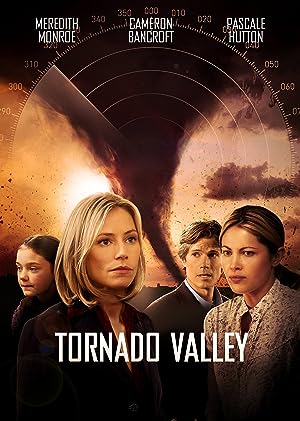 (195)4.41 h 27 min2009NR
Estranged couple and meteorologists, Liz and Matt, come over their differences to save their daughter and her mute aunt Ellie, as a freak tornado threatens to rip apart their lives again.

MTReviewed in the United States on June 5, 2019
1.0 out of 5 stars
Don’t waste your time
Verified purchase
Go watch Twister instead. A total rip off from that movie down to the estranged couple, red truck and “I’m not back “ line.
25 people found this helpful
Report abuse

Kaitlyn BirdwellReviewed in the United States on June 6, 2019
2.0 out of 5 stars
Very Little Disaster In This Movie
Verified purchase
I'm not sure how this has 4 stars. A tornado meanders through an area completely devoid of people except for a single farm family, knocks down 1 house and does kill 1 person because they simply went out to meet it. Nothing bad happens otherwise, in the whole movie...in fact this is the first disaster movie that I saw where the authorities hear something terrible is going to happen and go "ooh, that sounds bad, do everything you can to keep an eye on that" and it didn't matter in this movie because the 2 GIANT FRONTS THAT WILL CONVERGE TO FORM A BIG STORM AND WE HAVE NO WAY TO TRACK IT AFTER A CERTAIN POINT all culminated in 1 tornado meandering through an empty space where a single family lives, flattening no buildings, doing no damage, hurting no people....
13 people found this helpful
Report abuse

Butterflymom54Reviewed in the United States on June 22, 2019
5.0 out of 5 stars
A good family movie
Verified purchase
I really liked this movie. It started out with a perilous sad scene that opened up after to a slew of characters, all jumbled up. In time all of the puzzle pieces came together. I found it a relatable movie. I love learning something new and this movie gave me some insight. I am a Weather watcher myself and I have seen serious conditions arise that put me on my knees asking for protection and deliverance from devastation. I however, have never lost a family member or a home to a vicious tornado. I found each character interesting. I am glad this movie did not have one scene after another of death. The main one was painful enough. I was fascinated by what I saw and very thankful to not be there. This story was a relational one and it ended with healing, redemption and hope. Enjoy!! :)
9 people found this helpful
Report abuse

Sharon FancherReviewed in the United States on August 4, 2019
5.0 out of 5 stars
It allows you to see the devastating effects it can have on family.
Verified purchase
If you have ever gone through a tornado as I have and others you could see this movie hits very close to home. As a child I lived in a town where a record 22 tornado's touched down in several surrounding counties in the course of 24 hours. My town was one of them that was hit. The devastation and loss was tremendous. I have been through several in my lifetime and had my mother fall on top of me trying to shelter me as she was running from one. Thankfully for us it had not touched down and was just starting to drop down out of the sky. To this day I can still remember it. This movie definitely hits very close to home. No one knows the power of these monsters unless you have lived through one. I highly recommend watching it.
7 people found this helpful
Report abuse

Lets CoexistReviewed in the United States on June 3, 2019
5.0 out of 5 stars
Really a good movie
Verified purchase
It wasn't all kinds of hype, out of the ordinary, virtually impossible to imagine, extraordinary disaster. It was, for lack of a better word, normal. It was a great story line, non violent and without the bad guys trying to take over. It was just a good movie.
8 people found this helpful
Report abuse

VJErwoodReviewed in the United States on July 1, 2019
1.0 out of 5 stars
Snoozefest ZZZZZZZ
Verified purchase
Full of flaws, including freakishly awful makeup on Matt McAdams character. We shouldn't even know that the dude is wearing foundation, let alone eyeliner and eye shadow! I can't believe that passed. Other than that, the lines were delivered awkwardly by almost everyone. Waste of time. Watch Twister again. It'll be more exciting even if you've seen it 10 times.
7 people found this helpful
Report abuse

Geoffrey F. ArnoldReviewed in the United States on February 28, 2021
3.0 out of 5 stars
Twister Lite...and really lacking in thrills, too.
Verified purchase
Yep, we've seen this movie. And Twister was superior in so many ways.

This retelling had a good start, following a similar idea, the putting in place an early warning system against tornadoes. And the beginning was very good...even if the tornado CGI was not. I can let little things go.

But when the story is just doesn't deliver what it promises, well, you have to wonder why you should bother.

The acting was serviceable. The kid was probably one of the more interesting characters. Everyone else was fairly two dimensional, which is a bit problematic.

The language was, thankfully, fairly clean. Yep, another Canadian production, which is a good thing here.

A bit too Hallmark. My wife and I pretty much figured it out pretty quickly - I mean, we had a reference: Twister. This IS the same story, in essence, with a few details reimaged to make it "different".

So, because it was not a well told version of Twister, which we would not have minded if it had contained actual thrills and a little more substance, we just couldn't give it four stars. The three is reluctant for the above reasons.

Note to producers: If you want to tell a "new" version of a popular film's story, you have to actually make it worth making so we will want to watch it and enjoy it. It doesn't have to equal or top the popular film, but it does have to come somewhere in the ballpark of comparable in some fashion.

This failed to materialise that fact.

CCBReviewed in the United States on June 30, 2019
3.0 out of 5 stars
Those looking for Devastation/Disaster look elsewhere
Verified purchase
This is a movie about finding solutions and ways to predict the weather and storms, and early detection is key! The point is saving lives and property. For thrill seekers this is NOT your movie. This is a family drama about the devestation of loss and heartache and learning to move on after the death of a loved one and a way of life that is always under attack by mother nature and the elements. It is just as important for people to deal with the pain of loss as it is to learn to live and start over after losing everything you have worked your whole life for.
3 people found this helpful
Report abuse
See all reviews
Back to top
Get to Know Us
Make Money with Us
Amazon Payment Products
Let Us Help You
EnglishChoose a language for shopping. United StatesChoose a country/region for shopping.
© 1996-2021, Amazon.com, Inc. or its affiliates