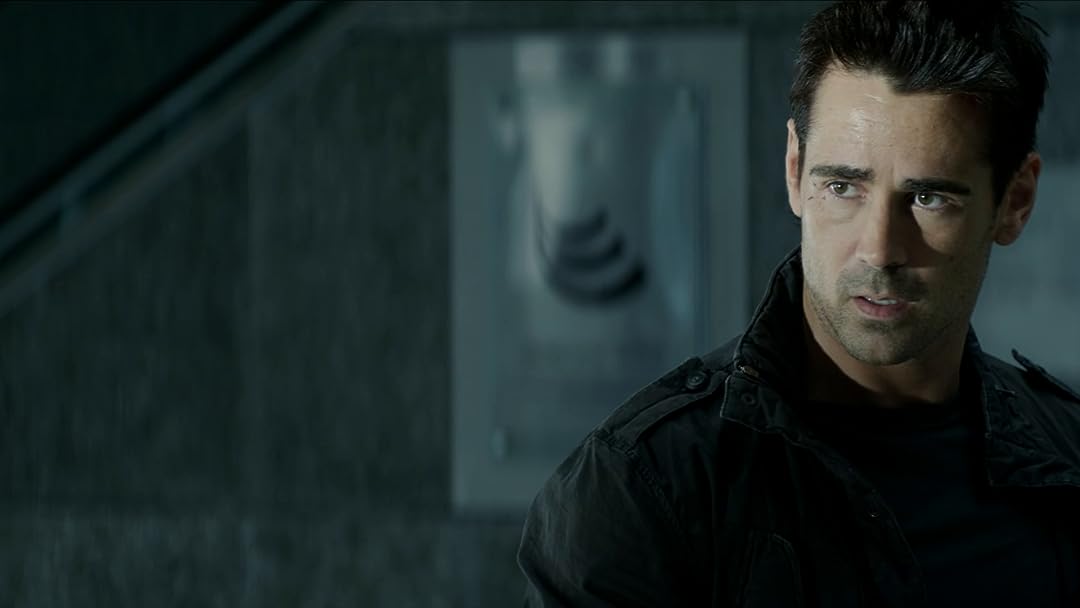 (8,367)
6.21 h 58 min2012X-RayUHDPG-13
Total Recall is an action thriller about reality and memory, inspired anew by the famous short story “We Can Remember It For You Wholesale” by Philip K. Dick.

Frank E. TrinkleReviewed in the United States on December 13, 2019
5.0 out of 5 stars
Similar but slightly different story line from the Original movie. Loved it!
Verified purchase
The biggest difference from this version vs the original is that this one takes place entirely on Earth. No Mars.

The action is really exciting and the acting is superb. I really enjoyed this one, just as much as the original with Arnold Schwarzenegger back in the day.

Five Stars for me, and a hearty recommendation if you liked the original...or just want a great science fiction action film!

*If you found my review helpful to you, please let Amazon know by clicking the "HELPFUL" button below!

BusyBookMommaReviewed in the United States on November 6, 2019
5.0 out of 5 stars
Great movie.
Verified purchase
When I heard a remake of Total Recall was being made, I wasn't sure how I would feel about it. I mean, come on, Arnold played Doug in the first one, so it's gonna be hard to beat that! Right?

After having taken the chance and watching it, I'm happy to report that it was pretty good. I went into it with an open mind and basically tried to treat as it's own movie instead of a remake. Colin, Kate, Jessica and the rest of the cast did a really great job with this one. Colin and Kate are Doug and his wife. Like in the first one, his wife is a double agent, sent in to keep an eye on him. Jessica is the lover who shows up to help him later, the one he can't remember anything about, but quickly comes to trust with his life. Together they race to learn the truth of his situation.
The action sequences in this one where, of course, more snazzy. Not just because of the advanced computer graphics they had but also because the fights were better choregraphed, they pyrotechnics were louder and brighter, and there's a serious car chase in this one. I really enjoyed this one and I do believe I will be watching many more times.
31 people found this helpful

YACReviewed in the United States on April 11, 2020
4.0 out of 5 stars
Enjoyable!
Verified purchase
I wasn't expecting to like this movie that much, but surprise, surprise. It's been years seeing the original, including TV reruns. Yet to the best of my recollection this remake was excellent as remakes go. Same premise but kicked up a notch with new twists in a different scenario and in my opinion outdoes the old one with much better acting (Farrell), excitement, special effects, suspense at times and just the right pace to keep your interest. The cast very good and (especially Farrell, less muscle, way better looks) all easier on the eyes. My only possible negative, if any at all, is that with two dark, long haired females, one a blonde might have been a more visual contrast against the surreal background of the film reminiscent of Blade Runner in fight scenes between the two women. The updated plot tells a decent story. Will watch again while I still can. I recommend it.
13 people found this helpful

Argiod SilvertongueReviewed in the United States on October 16, 2018
3.0 out of 5 stars
Third time; still glitches on the same scene
Verified purchase
This movie has something wrong with the software on the blu-ray discs.
I've now bought 3 copies; two from different states, and one online.
And, they ALL glitch around the 50 to 55 minute mark; where the sound goes away.
The ONLY way to get it back is to stop replay, go back to the player's menu, and hit play again; whereupon it'll pick up where it left off; but the sound will be back.
Oddly enough, the DVD does not do this, and gives a perfect playback.
I think this is a manufacturing defect in the blu-ray version; as all copies of this movie I've played on blu-ray have this same problem. And no other disk, dvd or blu-ray, do this.
While I'm pleased at least the DVD works;
BUT I PAID FOR BLU-RAY... and am not totally happy with this purchase.
I'd like to know if anyone else has experienced this issue with this video...???
20 people found this helpful

joel wingReviewed in the United States on September 2, 2020
3.0 out of 5 stars
All action and doesn't have the fun and special effects of the original
Verified purchase
This is a re-interpretation of the Arnold Schwarzenegger classic action-sci-fi film. It involves rebellion and double crosses. While including plenty of action it wasn’t half as fun as the original.

What the movie is missing is the excitement of the Schwarzenegger version. That had some of the cutting edge special effects of its time, Schwarzenegger’s one liners, and was just a lot more enjoyable to watch. What you get in this movie is basically almost all action. It lacks the appeal in the process.
9 people found this helpful

Fred E. ElumReviewed in the United States on November 21, 2020
3.0 out of 5 stars
I liked the original better
Verified purchase
Caution Spoilers: This was an action packed fast moving production. A lot of good CGI. Moved quickly for the most part. I liked the first one better than this remake. The "Fall" through the middle of the earth is a bit far fetched. Going to Mars is more believable than drilling a hole in the Earth that takes 17 minutes (Mach 36; 26,500mph) to pass through. However, they are both well beyond human technology. The 3 boob throwback to the first film was a fair nod, but seemed forced and out of place. The rapid movement of the plot with some dramatic pauses made most of the plot seemed forced as well. Appeared to be made for an audience with 15 second attention span, and very loud sound effects drowning out the dialogue in places.

It missed a few of the important plot points of the original. The protagonist choosing the girl at ReKal in the first film added to give the illusion of altered memory at the end rather than real experience (or was it). And he looked at the ReKal sign instead of saying "this could all be just a dream" took away some important plot as well. These holes assumed the viewer watched the first film or read the book first.

Overall, worth renting, but not for my permanent collection.
3 people found this helpful

Richard KisselReviewed in the United States on May 9, 2021
4.0 out of 5 stars
Good, But Different
Verified purchase
I like the original which never revealed whether Rekal was a success or a failure. This movie doesn't really beat around the bush and says the he really was a rebel spy against the empire, and just going through the motions of teasing at false memories.

Aside from that, the beautiful scenery is very Cyberpunk-esque and makes for an impressive background to the story. The story itself isn't bad in any way, just different and less questionable.

Honestly, everything other than the cliche ending and villain leading his troops into battle so that it can force a direct confrontation--other than that, really, a lot of scenes were still fun and interesting and the plot didn't feel forced, so the pacing was excellent.

All-in-all, worth the price.
2 people found this helpful

BeachAnchorReviewed in the United States on May 20, 2019
5.0 out of 5 stars
Totally Good
Verified purchase
The great thing about this movie is that we've seen it three times now, and each time it was as action packed entertaining as the first.

Would have given it four stars when it first came out. But how can you argue that a movie isn't great it you keep watching and enjoying it?

Really good - and interesting to ponder about the possibility of earths future.
9 people found this helpful
See all reviews
Back to top
Get to Know Us
Make Money with Us
Amazon Payment Products
Let Us Help You
EnglishChoose a language for shopping. United StatesChoose a country/region for shopping.
© 1996-2022, Amazon.com, Inc. or its affiliates