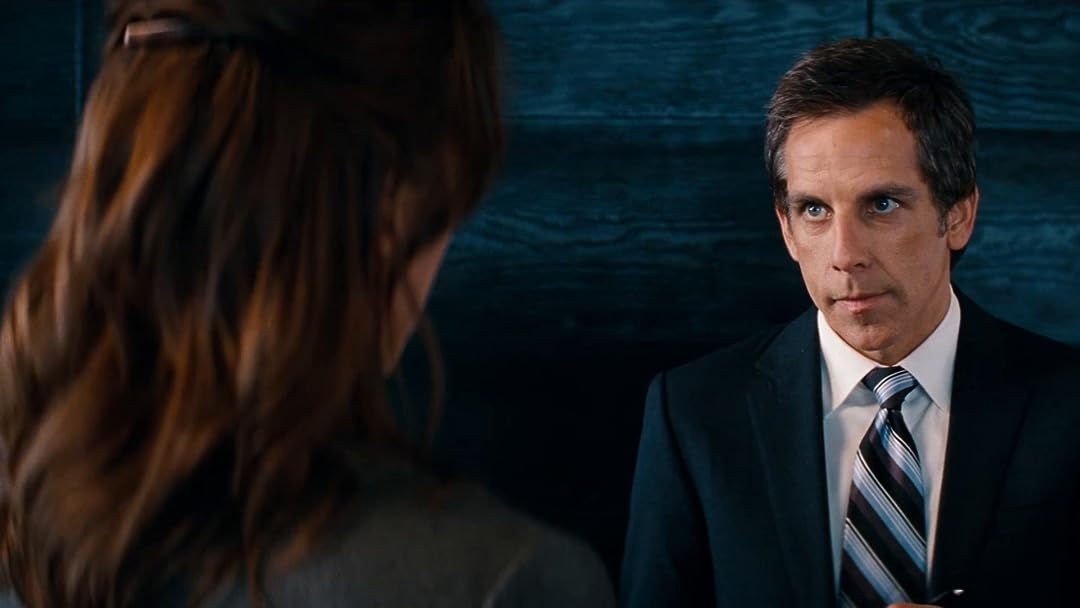 joel wingReviewed in the United States on June 17, 2020
3.0 out of 5 stars
The little people getting revenge against the rich fund managers
Verified purchase
Tower Heist as the title implies was a heist film involving a high rise building. The film had an ensemble cast of Ben Stiller as Joh, Cassey Affleck as Charlie, Michael Pena as Enrique, and Gabourey Sidibe as Odessa who were staff at an apartment building who lost their retirement fund in a scam by businessman Arthur Shaw played by Alan Aida. Those four along with Slide (Eddie Murphy) and Mr. Fitzhugh (Matthew Broderick) who lives in the building decide to rob Shaw to get revenge. Despite the inclusion of Stiller and Murphy this is a crime movie with the jokes mostly coming at the very end.

Personally I don’t think that many of Stiller’s movies are that funny. This was another one where he tried to poke fun at a genre, obviously being a heist. The robbery part is actually the best part of the film because a lot of the comedy falls flat. That doesn’t mean there aren’t some scenes that are good but overall it’s just not a funny movie. Thanks god the heist is in there.
C

Pen NameReviewed in the United States on April 7, 2021
4.0 out of 5 stars
A great cast, and an interesting story, but some of the writing was awful!
Verified purchase
WHY would they end this one the way they did? I won't go into detail, but the two alternative endings on the dvd disk are both FAR SUPERIOR to what the writers/director decided to go with, so WHY didn't they use them instead? Basically, building manager Josh (Ben Stiller) discovers that wealthy Mr. Shaw (Alan Alda) is a 'Bernie Madoff-style' con man who has ripped-off even the lowest-level employees working in the exclusive Tower, and so he decides that it's time to get even. Working with street criminal Slide (Eddie Murphy) and several others, they plot a heist to recoup their losses, despite Josh's growing attraction with FBI agent Claire (Téa Leoni). The casting is overall excellent!

Amazon CustomerReviewed in the United States on August 8, 2021
5.0 out of 5 stars
Excellent!
Verified purchase
This was a really good movie! I saw it on TV as few nights ago, and wanted to see in on DVD without the commericals. Very well written and a excellent script. The actors were all awesome too! It dose start out a little mild manner, but man! it gets good, ......Real good! Over all, I thought I was Excellent!
One person found this helpful

I watched a rental copy here on Amazon.com 6 times then I bought the Blu-Ray/DVD copy so I could have it in my movie library.

Some of my favorite actors are in the movie, Ben Stiller, Eddy Murphy and Alan Alda.

The plot is clever and the ending is very unexpected. I won't go through the entire movie but in a nutshell, here's what happens.

Ben Stiller's character Josh Kovacs is the General Manager of a high priced condo building in New York called The Tower. Each unit in the building costs $5 million or more dollars and comes with a staff that caters to the owners 24/7. Arthur Shaw (Alan Alda) is a big time money manager who owns the penthouse apartment. Early in the movie, we see the FBI arrest Arthur Shaw for fraud and theft. We find out that Josh Kovacs had asked Arthur Shaw to manage the pension money for the staff at the Tower so everyone has lost their money. After one employee tries to commit suicide, Josh decides to take matters into his own hands and try to find Arthur Shaw's secret stash of money. He believes it could be hidden in a wall safe. So Josh recruits some of the other people in the building, employees and one former owner to help him break into Arthur Shaws apartment.

Without giving away the whole plot, the movie is about how they go about doing this and the ending is very unexpected. I really enjoyed this movie and I can't wait to get my copy from Amazon.com.

Ava M.Reviewed in the United States on June 10, 2012
3.0 out of 5 stars
Be Prepared...
Verified purchase
...to not expect much. Not saying it was bad, but it's no Ocean's 11. It's Ben Stiller, not George Clooney...and as far as i could tell, no Brad Pitt. However, that being said, we thoroughly enjoyed it. We paid 3.99 to stream it on a saturday night eating takeout on our couch, which after a long hard week at work, was the best way to spend Saturday night. So in that respect, we were very pleased. My husband did say that if he saw it at a movie theater, he still would have been satisfied because he never expected it to be a fantastic A+ type of movie. Maybe that's the problem with some
people, especially after paying 11-20 bucks for a movie ticket, 5 bucks on a soda and 9 bucks on popcorn, you kind of expect more than some movies are able to give. Ben Stiller was enjoyable, Casey Affleck is always fun, really loved Matthew Broderick and we really enjoyed the way everything played out. It was a just go with it kind of movie that you can just have fun with.
3 people found this helpful

Marc SwiftReviewed in the United States on February 6, 2015
5.0 out of 5 stars
Good lines, cool music, great story, well done!
Verified purchase
What a good surprise this movie was. Refreshing and fun, down to earth yet far out! this movie about the underdog taking on the Big Cheese is inspiring and invigorating. Eddie Murphy is not 'funny' as he used to be, and that is OK and just fine for his character in this movie. Ben Stiller was born to play this part and to do this movie. I think he was born for more than that, but it is a tribute to the weight this movie carries. Don't try to find out more about the story...Just watch it. I have since watched it many times with the same appreciation and enjoyment. Thank you Ben Stiller!
2 people found this helpful

Peter StagnittaReviewed in the United States on April 30, 2014
4.0 out of 5 stars
ok movie
Verified purchase
Almost didn't buy this movie because it received a lot of terrible reviews. Then I realized, a review is just someone's opinion, and opinions are like Butt Holes (everybody has one)....and some are full of crap. OK, I bought it because I knew that many parts of it were shot around my neighborhood including the bar (NEIR'S) right around the corner from my house. I was curious about all those location shots. But as I watched, I realized, it wasn't a half bad movie! If you didn't try to analyze the plot too closely, and just let yourself be entertained (like old fashioned movies used to do) it was possible to enjoy this movie.

Sports GuyReviewed in the United States on February 23, 2012
4.0 out of 5 stars
Pretty good movie
Verified purchase
Ben Stiller and Eddie Murphy lead an all-star cast in Tower Heist, a comedy caper about working stiffs who seek revenge on the Wall Street swindler who stiffed them. Stiller and Murphy bring their "A" game to "Tower Heist". Josh Kovacs (Stiller)is the building manager in a high rise luxury apartment building. When he finds out that his and all the other employee's penchants are all gone and have been foolishly invested by a Bernie Madoff type boss, Arthur Shaw(Alan Alda). Kovacs and 3 other employees decide to break into Shaw's apartment suite to find the safe and get their money back. In preparing for the robbery, Slide(Eddie Murphy)is asked to help assist in the robbery since he is a criminal. Hilarity ensues as this group tries to pull off one of the biggest heist. Can they get away with it? Will they get caught? Can they coexist together without turning against one another?
See all reviews
Back to top
Get to Know Us
Make Money with Us
Amazon Payment Products
Let Us Help You
EnglishChoose a language for shopping. United StatesChoose a country/region for shopping.
© 1996-2021, Amazon.com, Inc. or its affiliates