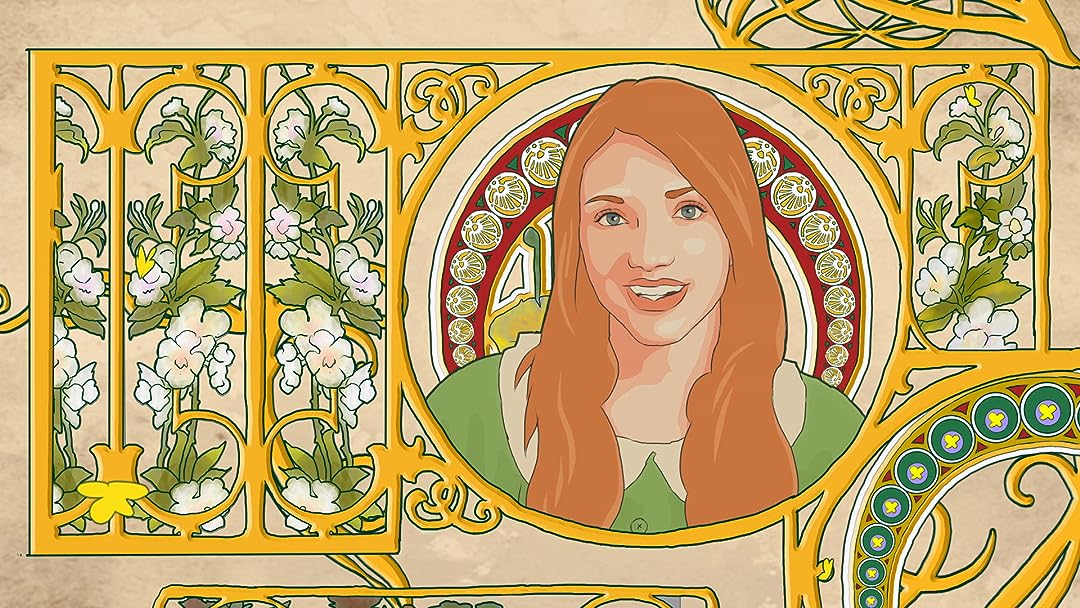 (272)
7.91 h 22 min2016NR
August 1, 1966 was the day our innocence was shattered. A sniper rode the elevator to the top floor of the iconic University of Texas Tower and opened fire, holding the campus hostage for 96 minutes in what was a previously unimaginable event.

Baby BoomerReviewed in the United States on January 13, 2017
5.0 out of 5 stars
Commanding Documentary!!
Verified purchase
I was 16 when the shooting occurred at the university and found the situation horrifying. As time goes by, the memories dim of events. When I took my son to freshman orientation at the University of Texas in Austin, I passed the tower and remembered the shock of the events. This gripping and historical documentary artfully tells the shocking story of the events that unfolded in 1966 as well as showing the humanity of those who worked to save lives. I thought the use of animation in no way diminished the power of this documentary and, in fact, found it riveting. I highly recommend this film.
24 people found this helpful
AETReviewed in the United States on January 22, 2017
5.0 out of 5 stars
#7 in Times Magazine's Top 10 Movies in 2016
Verified purchase
I heard about this movie in Times Magazine (Dec. 19, 2016 edition). It ranked #7 in "The 10 Best Movies" for 2016. They said "Keith Maitland's nonfiction account of the Aug. 1, 1966, University of Texas shootings, in which 16 people were killed by a gunman perched in a clock tower, is unlike any other documentary ever made. Maitland combines archival footage, eyewitness testimony and animation to vivid and terrifying effect. But the picture is noteworthy for another reason: What does it mean to have a stranger risk his or her life to save yours? Tower brings that feeling home."

Well, after a description like that I just HAD to watch it. Also, I was born and raised in Texas... I'd seen the tower on visits to the Capitol... and I had NEVER heard the story before. Ever.

I thought Tower was the best documentary I've ever seen. I LOVED that they used life-like animation to do the re-enactments. The emotions and scenes came across so much more vividly than I think it would if done by real people. The story was gripping and heart-rending. This mass shooting (49 wounded... 18 of whom ended up dying) was only the 2nd mass shooting in American history (the other was 1949) and I believe it was the first mass shooting broadcast live on radio all over the nation and scenes from the shooting broadcast on TV later that evening. It was Americans first experience with something that has become all too familiar in our day. And the bravery shown by men and women, citizens and police, that day should inspire us to do likewise if put in a similar situation.

Very well done film. Not at all boring. Highly recommended!

PrettyStuzzReviewed in the United States on February 7, 2017
5.0 out of 5 stars
Slaughter Of Innocents, Grace Under Pressure
Verified purchase
The documentary feature film, Tower (2016), recreates August 1, 1966 at the University of Texas at Austin with real-time radio, film, and TV coverage, along with animated recreations and present-day interviews and recollections. The film is two hours of history, of a terrible few hours when a sniper atop the university's tower picked off several dozen students and others, killing 14. Three years earlier, the press had reported and misrepresented the murder in Queens, New York, of Kitty Genovese, repeating the false version of events by claiming that none of the many witnesses in the surrounding apartment buildings did anything to help her. Decades later the true version emerged, which included the many efforts to help her and to get help, as well as uncovering the basis for the misrepresentations. But the emotional and psychic damage had been done because of the way the news reporting had been managed. The damage appeared in the form of urban society's being indicted for its apathy and me-only selfishness -- 20th-century code for godlessness.

Yet with Tower, we witness the kind of courage and selflessness that we have come to believe only exists in the military and in families. Students and others risk certain death or injury to help and save wounded or dying victims they don't know. These actions of fellowship and compassion were not widely reported at the time, for the story at the time was about the failure of society and that was the story that played.

Finally, words fail, they failed then and they fail now, to comprehend the incomprehensible. But the film is a brilliant and artful work to help us remember lost time.
15 people found this helpful

C. WilsonReviewed in the United States on November 1, 2019
5.0 out of 5 stars
FASCINATING ! Mesmerizingly art work.
Verified purchase
two things...
I was stunned to hear the pregnant woman never saw her heroine again after a hospital visit. Wow..she deserved better than that. She laid out there motionless for hours in over 100 degree heat for a stranger.
The other thing... they didnt go into Whitman's life at all. He was found to have a large brain tumor at autopsy,located right in the area that probably explained a nice normal person doing such a thing.
I lived in Long Beach Calif at the time of the shooting and was a senior in high school. To this day,me 71 I can remember just like yesterday. But what this incredible film does is take me to the
scene as if I were a Texan and that just made it more interesting. Seeing the people today and them taking us back was moving and stunning to get that first person conversation. I can still see Whitman with that blond crew cut,big guy,very handsome and doing something that was so rare you can't imagine at that time. In Calif Long Beach,good luck finding all those guns. I was fascinated by the fact everybody had guns. I didn't
t even see a gun until I moved to Oregon as an adult. Texas everybody carried. That was NOT GOOD to take Cronkites words of 1966 and then push gun crap of todayu. Cronkite said nothing about guns,his words were about personality which seemed strange since crime was so so much lower then,particularly so many numbers killed. so,please be aware that was not the message in 1966. a bit cheesey to act like it was.
3 people found this helpful

Christina ReynoldsReviewed in the United States on May 14, 2020
5.0 out of 5 stars
Diamond in The Rough
Verified purchase
This is one of the best 'mass shooing' documentaries I have ever seen.
When I saw the trailer, I admit that I thought it was going to be corny given that a majority of it is animated with bits of actual footage from people that were present when this occurred. None the less, this documentary demands your attention and keeps you engaged the entire time.
I can't really complain about much; I think some people might be disappointed that more details about the shooter weren't divulged, but I think this documentary dos this particular event the MOST justice and is very respectful to all of the victims/bystanders/etc affected.
I rented it and now I am actually thinking about buying it so I can watch it again at my leisure.
2 people found this helpful

salgReviewed in the United States on April 8, 2017
4.0 out of 5 stars
Well done
Verified purchase
This documentary is very well done and is presented in an interesting way that is different from most documentaries. Because I was on campus attending a class that morning, it was a little difficult for me to watch even after so many decades have passed. I was lucky: As the sniper was climbing the stairs in the tower, I was walking to my car across the area where several people were shot just a couple of minutes later. It was a very dark day in the history of this great university that I love. There were a few small aspects of the film that I would like to have seen handled differently, but in total, I thought it was a good, accurate representation of the event and the shock and horror felt by the university community and the city of Austin.
9 people found this helpful

DianeReviewed in the United States on June 8, 2017
5.0 out of 5 stars
Heroes will rise
Verified purchase
Masterful telling of the story of the victims and the police who confronted the sniper on the University of Texas Tower on August 1, 1966. For 96 minutes people in Austin were terrorized by bullets coming from the tower and from police and citizens firing back at him. Some people discovered they were cowards, others that they were heros (even if they never felt comfortable being identified that way). The documentary uses animation to put the viewer in the action and see things from the perspective of the people as it happened. Then for those still alive and willing to participate their is a segue into the person today, 50 years later. The movie does a wonderful job of putting you back into Austin in 1966 through the music and images of the time. Most of the movie is in gray tones which lends a somber note to this dreadful story. There is a brightly colored sequence which relates the relationship between Claire, the first person shot who survived and her boyfriend Tom Eckman, who was the first person killed. It is fitting that these events and these heros finally 50 years after are getting the recognition they deserve. The film is 82 minutes in length, shorter by 14 minutes than the actual episode.
4 people found this helpful

Amazon CustomerReviewed in the United States on January 31, 2017
5.0 out of 5 stars
I feel so much better about this event now that it has been put ...
Verified purchase
I was stationed at Ft. Hood Texas when these events took place. My Texas friends were stunned by these events. Over the years there has been a number of treatments concerning the events. Made for tv movies, twice. Over the years I have read a number of books concerning the perpetrator and his gruesome deeds. The attention has always been on him and Austin and its people as the background canvas to paint the picture.
I was moved to tears listening to the first person accounts and their individual travails. I don't recall hearing the shooters name mentioned in the whole thing. (Thank You). The people who produced this deserve a special acknowledgement. I feel so much better about this event now that it has been put in proper perspective. This movie should be shown to students in High School. This is the way to prevent violence. This is a way to heal.
10 people found this helpful
See all reviews
Back to top
Get to Know Us
Make Money with Us
Amazon Payment Products
Let Us Help You
EnglishChoose a language for shopping. United StatesChoose a country/region for shopping.
© 1996-2022, Amazon.com, Inc. or its affiliates