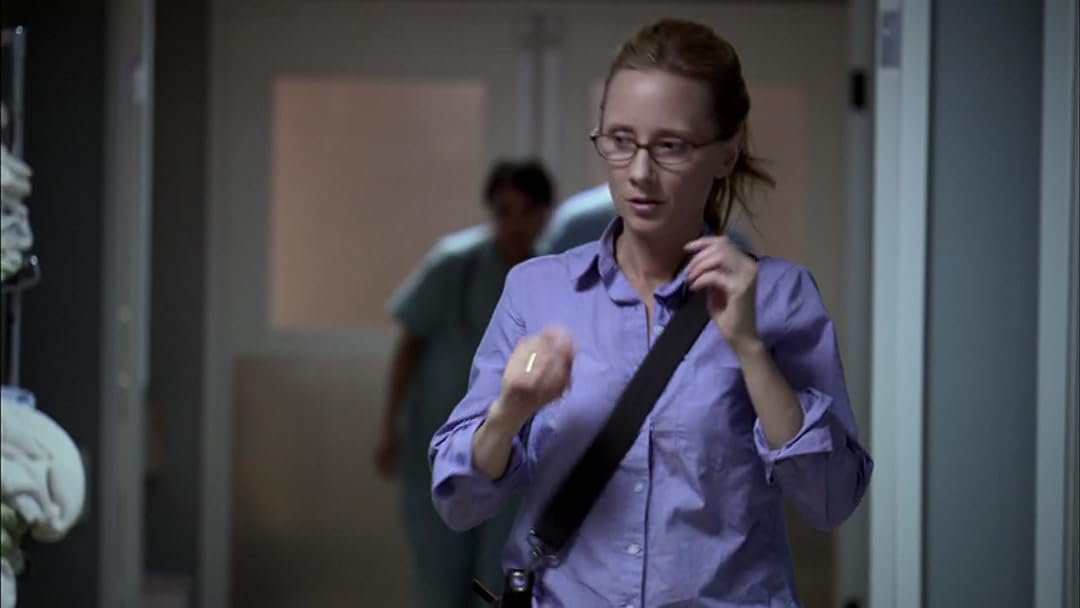 (146)
4.91 h 30 min201613+
Anne Heche stars as a World Health Organization Doctor who uncovers the real cause of an epidemic is the government's secret chem-trail program.

Mary Ann MattinglyReviewed in the United States on April 14, 2019
3.0 out of 5 stars
based on Geoengineering which is a real thing
Verified purchase
If you pay attention to Geoengineering studies and weather modification conference notes, you know that they have been spraying our skies since 1996. This movie is based upon some facts. Metals such as Aluminum and Barium when breathed in, build up in the human bloodstream and cannot be purged. Is it any wonder why breathing diseases have taken over as a leading cause of death? Autism has risen in recent years by 8,000 percent. Look into that. And look up SRM which is Solar Radiation Management. Near the end of the movie, that say they are just trying to cure Global Warming. That's where they spray substances, make fake clouds and try to block sunlight to cool the planet back down. It is a laughable concept, but LOOK UP at the sky every day. It is happening. You are breathing it in. Ok movie if it opens a few eyes.
47 people found this helpful

All American ReviewsReviewed in the United States on June 23, 2019
2.0 out of 5 stars
Toxic Script
Verified purchase
This was a really, really stupid film. The whole plot seems to be feeding into a bad conspiracy theory about chemtrails, which is utter nonsense. The whole chemtrail scenario is far from the most ridiculous thing in the script though. From a medical standpoint this film makes little to no sense. The writers seems to get everything wrong when it comes to viruses and how an outbreak of this sort would be handled.

The Doctors in the film seem to be completely inept at what they are doing and make the wrong choices over and over again. While I don't want to give anything away concerning how the plot works itself out, the whole story is just insulting to my intelligence. There just does not seem to be any reality to this film whatsoever.

I can't really complain about any of the acting. No actor could have gotten around the ridiculous script they were told to work with. The direction was a bit different though. It seemed to be shot like a cheap made-for-tv movie. It was also quite evident that the whole film was made on a shoestring budget.

Honestly, if you know absolutely, positively nothing about medicine this might make for a passable story. It's not that horrible outside of the script and plot. If you have a reasonable IQ though this will just seem like a waste of time.

JoeReviewed in the United States on January 28, 2019
3.0 out of 5 stars
Cant get the absolute basics right.
Verified purchase
I don't know what bothered me more. They keep calling it a Virus but treating with Antibiotics (antibiotics have no effect on viruses, just bacteria) or the fact that they diagnosed the disease as the plague (which is bacterial) and kept calling it a Virus.

I couldn't finish watching it.
36 people found this helpful

Steven E. EdgerReviewed in the United States on January 14, 2019
2.0 out of 5 stars
out in a field of break
Verified purchase
Lame did I say lame you know a movie sucks when in the first 10 minutes of a movie about an unknown virus you see the characters wearing red hazmat suits with rips under the arm pits. And when they discover its not airborne they ditch the suits completely like patients don't throw up spit blood and other fluids. What a joke. I can't stand movies that pretend to be about sickness and yet treat the sickness like a common cold.
16 people found this helpful

Amazon CustomerReviewed in the United States on March 11, 2019
5.0 out of 5 stars
Truth sets you free, but first pisses you off
Verified purchase
This dramatization likely hits and misses - but there's no need to take Hollywood's word for it. This movie exposes darker truths no one wants to address, and is thus a good fit for anyone up for the red pill. It's a difficult pill to swallow, when you connect the dots between climate engineering and the current exponential levels of aluminum and barium in the ecosystem. The effects of pathology are over your head right now. Climatologists are imploring us to wake up. Plz educate yourself before you dismiss: Geo Engineering Watch Dot Org
14 people found this helpful

BooBerry1Reviewed in the United States on February 24, 2019
2.0 out of 5 stars
Many Inconsistencies, No Research Went into Film
Verified purchase
So from hazmat suit to just gloves. Anyone with any medical knowledge at all knows that this would not be the case. Lead character actually spread the virus herself when she put her used gloves all over herself, got herself into peoples faces, never changed gloves between patients, called the plague a virus, treated said virus with antibiotics. Then the whole thing about the vaccine did not make any sense. It started off with the premise that heavy metals are in the patients blood which these heavy metals are immuno-suppressants. This idea could affect any disease, as well as infectious agents, but yet the pharm company has this vaccine and they aren't telling anyone about it. Not a lot of research went into the film with simple mistakes that were made. Great lead actress who did keep the story going.
9 people found this helpful

Avid readerReviewed in the United States on February 21, 2019
3.0 out of 5 stars
Enjoyable, but....
Verified purchase
An enjoyable enough movie, but very predictable. The idea of toxins in the jet fuel spreading an immune weakness throughout the population, while a drug company has a vaccine is interesting. But there are just too many glaring holes in the plot. Oh, and the fact that this was likely a TV movie was obvious by the apparent breaks for a commercial, i.e. black screen.

They used Dogpile search engine, so apparently they didn’t want to pay any royalties using the typical search engine. Or that major search engine company objected to having their product appear on the screen.

The government expert (Heche) diagnosed the disease as plague, and connecting the dots to find victim number one was perhaps the most interesting part of the movie. But she was a virus expert, and she would have known that the cocktail of antibiotics is useless against a virus, but plague is from a bacterium, so antibiotic cocktails should work. Making a connection with elevated Barium and Aluminum levels did at show some intelligent detective work. But how could she mess up not knowing the difference between a bacteria and a virus? She kept saying it was the plague virus.

And then the stereotypical evil corporation was brought into the picture, and especially a drug company. But when they went into the drug company to try and find the vaccine that they knew had to be there, they simply walked right in, and down the stairs. Sorry, you simply would never walk into a corporate headquarters and roam around. You would be stopped at the front desk. And the last scene. The military working with a drug company to repeat the same mistakes? At least that is the message suggested.

So three stars for the movie being enjoyable to watch, but not higher since it was derivative and in many ways predictable and too many plot holes.
One person found this helpful

SpriteReviewed in the United States on July 27, 2020
2.0 out of 5 stars
Plague--and no one was washing their hands?
Verified purchase
Not much for the medical side at all. Only time anyone washed anything was when they thought they were exposed. As for the chemtrail conspiracy, there are a lot of things wrong with that theory.

So, the upside for this movie is that the government has had its dirty secrets (sterilization, chemical and biological experimentation, surgical experiments, mind-altering drug experiments, Tuskegee Experiment, human radiation experiments (on mentally disabled, children, minorities, prisoners) and the list goes on: ALL OF THESE ARE DOCUMENTED, and REALLY TOOK PLACE. This makes the chemtrail conspiracy more believable (the US government is fine with experimenting with its people, as long as they don't know about it). Another upside was Raj Patel--the other doc who did a pretty good acting job.

The downside for this movie is that it could have been so much better if there hadn't been so many points of disbelief.
See all reviews
Back to top
Get to Know Us
Make Money with Us
Amazon Payment Products
Let Us Help You
EnglishChoose a language for shopping. United StatesChoose a country/region for shopping.
© 1996-2021, Amazon.com, Inc. or its affiliates