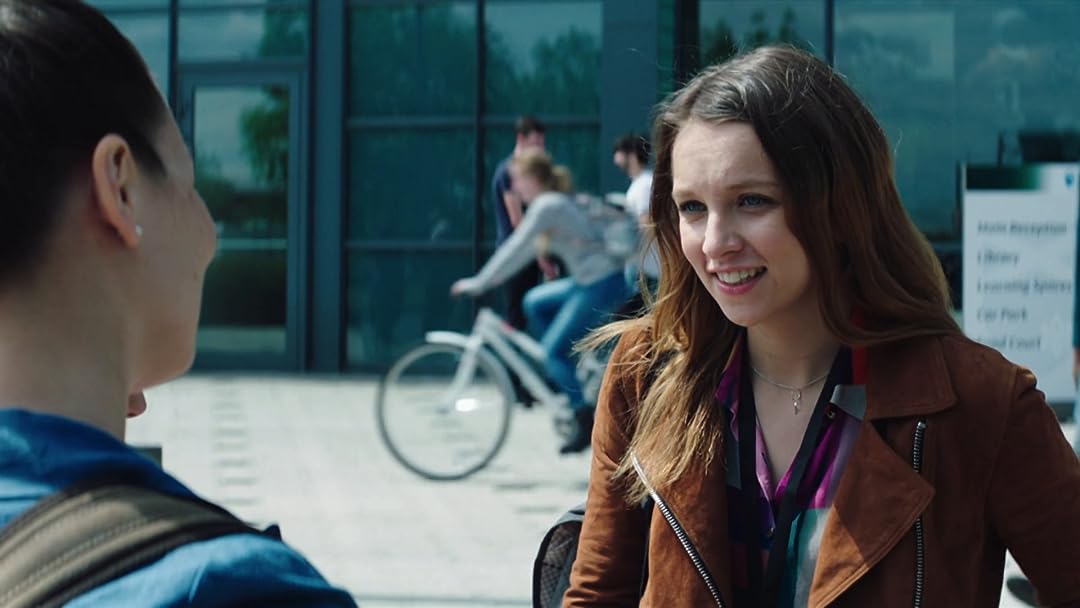 (485)
2020X-RayTV-14
Emma Hedges needs to find out what happened to her mum. In a world of danger and deceit, will Emma have the nerve to follow the evidence no matter where it takes her?

D FitzgeraldReviewed in the United States on January 25, 2021
1.0 out of 5 stars
WHERE IS THE REST OF THE "SERIES"????
I have enjoyed the first 3 episodes for Season 1 but now have to pay for the rest of the series to find out how it ends??? We already pay for subscription to BritBox so what kind of scam is this???
86 people found this helpful

FraudReviewed in the United States on January 9, 2021
1.0 out of 5 stars
we should all cancel britbox & profits drop maybe they will hear the voice of consumers
Typically, I rate a series after watching all of the EPISODES. I'm not sure if this is an Prime issue, marketing issue or just someone not realizing when adding ? Its not my world but its my entertainment & now I am annoyed LOL

I have observed and read similar frustrations with other consumers regarding this issue when this occurs.
It should read. Series 1 EPISODE ONLY1 : or PILOT: Future episodes will be released on xx2021 or Production Cancelled. Whatever the language is:)
I wasted an hour of my time and would not have even watched episode 1 if this had been displayed. Once SEASON 1all episodes are available than I will revisit and rate. Episode 1 seems like it falls in line with great BBC mysteries / drama BUT thats all I can share.

Lucinda A ClarkReviewed in the United States on January 25, 2021
2.0 out of 5 stars
Being charged????
The last 3 episodes of Traces showed up this morning to stream but to watch them I will have to pay $2.99 per episode while the first 3 were free! What is up with that?
65 people found this helpful

Suzi RussellReviewed in the United States on January 31, 2021
5.0 out of 5 stars
Good show; bad Amazon policy
Verified purchase
Loved the series; hate that Amazon made episodes 1-4 available with my prime subscription then surprised me by charging me for episodes 5-6! Description said “season 1 available with subscription “—not “partially available just to rope you in”. Bad business!
34 people found this helpful

K KReviewed in the United States on January 12, 2021
1.0 out of 5 stars
2019 Series shown in weekly increments in 2021-Bad Release Plan
Weekly increments of a 2019 series makes no sense. Makes sense for current series, but this is disappointing given paid subscription to Britbox.
57 people found this helpful

antimonyReviewed in the United States on January 11, 2021
1.0 out of 5 stars
Only watched this episode because it was billed as a series-ludicrous to put up one episode only!
This was a good show from what I could tell and I was looking forward to watching the rest of the season, but there is no such thing as a good show if you cannot watch it (if a tree falls in the forest and no one hears it... sorta thing). So for all intents and purposes this is not a good "show" and I felt obliged to rate it accordingly. Unfortunately I watched it before reading the reviews so I had no idea about this regrettable bait-and-switch tactic. Still more unfortunately (for me anyway), this "show" was one of the main reasons I decided to keep BritBox for another month--since they have not been adding anything new lately they haven't been giving continuing value for money once you catch up with all the older programming that has been up for a year or two (I love British programming but surely in Britain they are not watching all the same shows and films-where are the newer ones??) More pertinently for this "series", whose idiotic idea was it to put up only one episode and nothing else, and not to bother making that clear??? Could it really be that expensive for them to procure the rights to stream the rest of the series??? This has a whiff of being deliberately misleading to make it look like they are adding new programming in order to get people to subscribe. If it is an ongoing series, let's have all or none at all, please--at least per season even if we cannot access multiple seasons. There is not even a purchase option (that would be annoying too but it would give people the chance to keep watching if they wanted). NOT COOL AT ALL BRITBOX! I will be cancelling at end of month.
40 people found this helpful

W. EdwardsReviewed in the United States on January 10, 2021
1.0 out of 5 stars
Bate and switch....
One episode is NOT a season, either put the whole season on or get rid of it all together.
45 people found this helpful

Una Brava RagazzaReviewed in the United States on January 12, 2021
5.0 out of 5 stars
looks good!
Dear Brit Box
Heads up you guys need to add a note in the description explaining you will be adding one episode a week or don't refer to it as a season...
40 people found this helpful
See all reviews
Back to top
Get to Know Us
Make Money with Us
Amazon Payment Products
Let Us Help You
EnglishChoose a language for shopping. United StatesChoose a country/region for shopping.
© 1996-2022, Amazon.com, Inc. or its affiliates