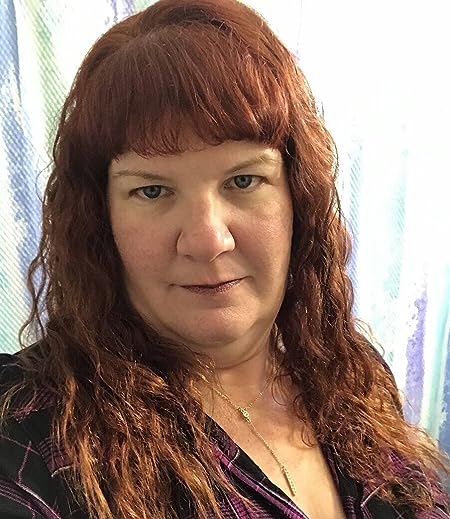 “Who the heck is Tracey Byrnes?” you ask? I'm a voracious reader-turned-writer and a self-described workaholic by necessity, not by choice. When not glued to a computer screen while writing, editing, or handling advertising/marketing projects for clients, I’m often found working at various events somewhere on the East Coast. Outside of work I enjoy reading, going to races, hockey games, and spending time with friends.

Many thanks to everyone who has been part of my journey from reader to author, and especially to you, the readers who support my fellow authors and me. Without all of you purchasing, borrowing and recommending our books we’d simply be writing for the void.

I enjoy connecting with other readers and authors and can be reached by email at tbyrnesauthor(at)gmail(dot)com. 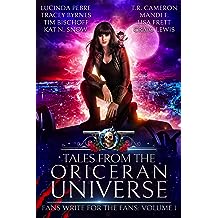 Oriceran readers and fans come together again to create a book by the fans - for the fans.

Being born into crime has its difficulties. In order to save her brother and herself, Stacey must enter a hotel belonging to her family's main competitor.

Stacey is a thief, but this job is different—the stakes are higher. She is forced to steal in exchange for her brother's life. When she finds an injured wolf, she discovers there's more in the universe than she has ever known, but now she has to choose whether to risk all or let the wolf die.

Three teenagers. A hike in the White Mountains. And a moose…

A lot…especially when ancient magic enters the mix.

When black magic and organized crime combine to create designer drugs, it's a recipe for tragedy.

The local sheriff’s office is outgunned and outmanned, leaving the community vulnerable.

Is there anyone the sheriff can call for help?

Jed is unique. Born of legend and trained in war, but these days bounties pay the bills.

When people in his community start to suffer, there will be a reckoning!

Talents are funny things. Some have them very strongly, and others have just a bit. Mostly it depends on what you do with them. Do these girls have enough?

A Confluence of Metal and Magic by TR Cameron

Dark magic arises in yet another city, and a new team of agents assembles to fight it.

Who better to lead them than no-nonsense, highly experienced Agent Diana Sheen?

It’s a new gig in a new town with a mostly new crew.

What happens when mischievous, fun-loving trolls get caught up in something bigger than themselves? When things are a-changin’ and mysterious goings-on are afoot, follow this determined and adventurous trio to the answers they seek.

We all know what curiosity did to the cat, but who can help themselves when it seems like it’s the right…well, really, the only thing to do?

All In A Day’s Work by Lisa Frett

Stephanie and Trig are in a hurry to find and stop a psychotic and murderous gnome.

The gnome Pembroke is tired of working for the Light Elves in their library on Oriceran. He finally has what he needs to leave his misery behind and bring his own form of misery to the planet Earth.

Will Stephanie and Trig find him in time? Or will the humans of northern Vermont be in danger from the murderous little bugger?

With the help of two child ogres, the witch Stephanie and her wizard partner Trig must find and stop psycho-gnome Pembroke before he turns northern Vermont into his killing ground.

Poverty and lack of opportunity can lead to a vicious cycle. 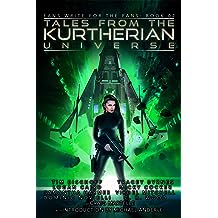 Kurtherian Gambit readers and fans come together again to create a book by the fans - for the fans.

Nine heart-pounding adventures and one poem make up Volume Two of the Best-Selling Fans Write for the Fans series, which includes an introduction by Michael Anderle.

Who Would You Choose, By Micky Cocker

She’s young. She’s emotionally damaged. She’s also a genius—and she may well be the best hope the crew of the Bastante has to survive against a threat they didn’t know existed.

The human fleet arriving in Yollin space and taking over made an impression—and pissed off a lot of people. Cindy Qin just wants to help the Yollins get their equipment back in working order, but people with vested interests have other ideas.

She was fourteen and invisible to her own family. Constantly pestered by her brother’s friend, she hid in plain sight to avoid everyone. Only a vicious attack by blood thirsty pirates could bring her out of the shadows.

The Cave, By Samantha Harmer

Stenya and her mining team achieve their biggest score the day their colony comes under attack. With no way to defend themselves, Stenya leads her friends to temporary safety.

Will anybody receive their distress call in time, or will their sanctuary become their tomb?

The Albino Were, By Virgel Mitchell

Celine is an average girl in a backwater town.  As the daughter of a couple of guides, Celine has always known what her future would be. Jeff is anything but average, and as a member of the Guardian Marines he knows without a doubt what his future is. Can Jeff help Celine find the stability she once enjoyed?

When her isolated planet is taken over by pirates, Agent Blackwood goes undercover as a slave to undermine their efforts. When she learns of an imminent attack against the pirates, she has to act quickly to get the slaves to safety. But with only minutes to break free, she fears she won't be able to save them all. In a race against time, time is going to win.

Holding On Is Sometimes Letting Go, By Tim Bischoff

There are many events in life that change a person's perspective. Roles are reversed, memories can be torturous, and peace difficult to achieve. When hard decisions have to be made, which way would you decide?

Adventures of Armi-Geddon, By Dominic Novielli

Armi is only six, but has enough gumption to be much older. Along with Conrey, her best and only friend, she gets into troubling situations.  In this adventure they stumble upon a highly placed Noel-ni who wants to take over the space station that is their home, and they undergo a life-altering experience that makes their friendship that much greater. 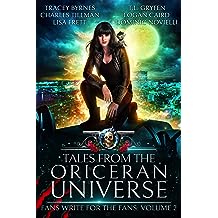