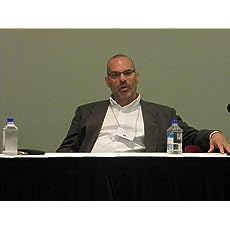 Tracy is a Professor in the Department of Educational and Interdisciplinary Studies at Western Illinois University where he also coordinates the College Student Personnel Program. In 2011 he began serving as Director of the newly established Center for the Study of Masculinities and Men's Development. He has published widely regarding men's development, sexual assault prevention and social justice. For example, Dr. Davis's most recent book, co-authored with Dr. Laura Harrison, Social Justice in Higher Education: Negotiating Critical Practice, Pedagogy, and Politics is due out in 2013 along with another book he co-edited: Critical Perspectives on Gender in Higher Education. He also co-edited Masculinities in Higher Education: Theoretical and Practical Considerations with Dr. Jason Laker in 2011 and he co-authored the New Directions monograph Developing Social Justice Allies. His sexual assault prevention research has won numerous awards including both the American College Personnel Association (ACPA) and National Association of Student Personnel Administrators outstanding dissertation award. Tracy was also selected to the inaugural class of ACPA Emerging Scholars in 1999 and has received the SCM Outstanding Research Award and the Commission on Student Development Assessment's Outstanding Assessment Article award. He was also selected to receive the ACPA Annuit Coeptis award for Senior Scholars and the SCM Harry Canon Outstanding Professional in 2006. He is a frequent presenter, speaker and consultant on college campuses. Most importantly, he remains wildly unfinished.
Read more 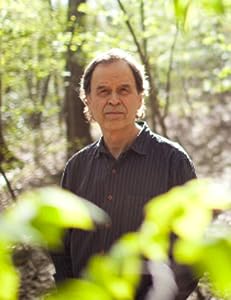 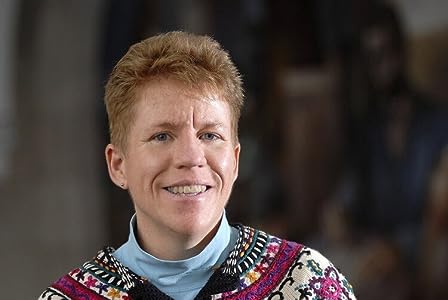 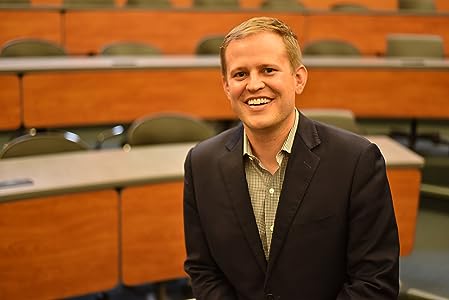 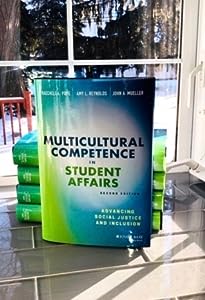 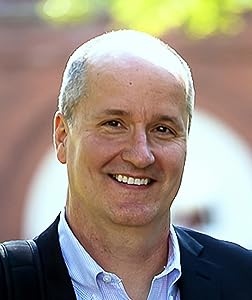 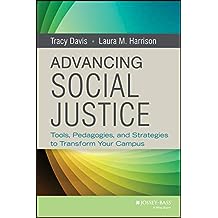 Tools and strategies to foster transformative change for social justice

Many believe that social justice education is simply the new politically correct term for diversity-focused intervention or multiculturalism. The true definition, however, is more complex, nuanced, and important to understand. Higher education today needs clarity on both the concept of social justice and effective tools to successfully translate theory into practice. In Advancing Social Justice: Tools, Pedagogies, and Strategies to Transform Your Campus, Tracy Davis and Laura M. Harrison offer educators a clear understanding of what social justice is, along with effective practices to help higher education institutions embrace a broad social justice approach in all aspects of their work with students, both inside and outside of the classroom.

Theoretical, philosophical, and practical, the book challenges readers to take a step back from where they are, do an honest and unvarnished assessment of how they currently practice social justice, rethink how they approach their work, and re-engage based on a more informed and rigorous conceptual framework.

The authors begin by clarifying the definition of social justice as an approach that examines and acknowledges the impact of institutional and historical systems of power and privilege on individual identity and relationships. Exploring identity devel-opment using the critical lenses of history and context, they concentrate on ways that oppression and privilege are manifest in the lived experiences of students. They also highlight important concepts to consider in designing and implementing effective social justice interventions and provide examples of effective social justice education. Finally, the book provides teachers and practitioners with tools and strategies to infuse a social justice approach into their work with students and within their institutions. 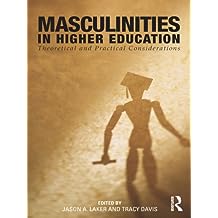 Masculinities in Higher Education provides empirical evidence, theoretical support, and developmental interventions for educators working with college men both in and out of the classroom. The critical philosophical perspective of the text challenges the status-quo and offers theoretically sound educational strategies to successfully promote men’s learning and development. Contesting dominant discourses about men and masculinities and binary notions of privilege and oppression, the contributors examine the development and identity of men in higher education today. This edited collection analyzes the nuances of lived identities, intersections between identities, ways in which individuals participate in co-constructing identities, and in turn how these identities influence culture. Masculinities in Higher Education is a unique resource for graduate students and professional post-secondary educators looking for strategies to effectively promote college men’s learning and development.