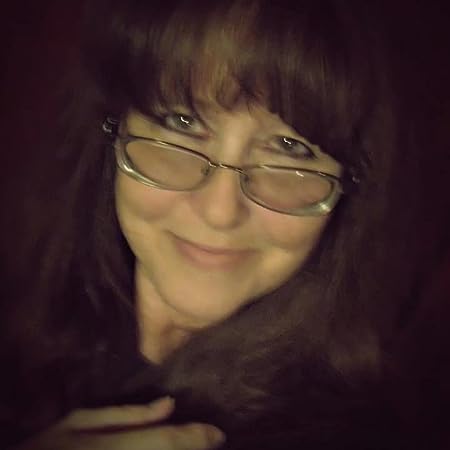 Tracy DeVore has been writing for many years and is published in novel length and short fiction. She was the founding president of the RWA Chapter, Gothic Romance Writers, Inc. ("GothRom"), and a founding member of Indiana Horror Writers (IHW).

Besides a passion for historical fact or fiction, Tracy is also passionate about pets, is an accomplished cook, an avid pool and euchre player, and is devoted to vintage sci-fi and horror movies, Universal monsters, The Twilight Zone, Star Trek, the original Planet of the Apes movies, The Martian Chronicles, Dark Shadows...the list goes on and on.

Tracy is the Senior Editor for Belfire Press former assistant to the district league director of the APA (American Poolplayers Association). In the past, she has also worked as a paralegal and office manager, and edited for several small publishing companies, along with freelance editing for numerous individual authors.

Tracy grew up in Indianapolis, Indiana ("the back forty of the Indy 500 was my back yard"). After 7-1/2 years in East-Central Illinois, she's back in Indy and thrilled to "home." 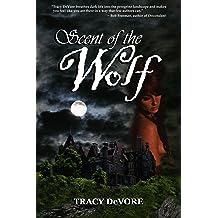 Scent of the Wolf Feb 19, 2016
by Tracy DeVore, Bob Freeman
( 10 )
$2.99
The Rügen Islands, 1804. From the moment Sophia Miller and her cousin, Karl, arrive at an old European castle to hear their grandfather's Will, Sophia experiences frightening dreams and visions. Plagued by memories of her troubled past and thrust into an unwanted situation in a foreign land, she intends to collect her inheritance and return to London as soon as possible. Her plans change, however, when she and Karl learn they must remain in the castle for a month or the Will is void. Matters are further complicated when another benefactor is named. Peter Krieg--a dark, mysterious stranger--awakens feelings Sophia never imagined...or feared...

"Tracy has captured the dark, haunting flavor of a spine-chilling Gothic tale in Scent of the Wolf. Her descriptions are visual. You are there, among these fascinating characters on their mysterious journey toward an outcome that is unclear until the very end, as is the way with all memorable works of fiction. There is nothing predictable here. And then, as if that isn't enough,there is a twist ending that will give you gooseflesh. Guaranteed.
The characters are real--not just Sophia and Peter, but the secondary characters as well, and they are woven in in such a way as to keep the reader guessing until the final page is turned.
Forget all you've learned about werewolves. These are a new breed. They will haunt you long after you close the book and consign it to your shelf until you're ready to take it down and read it again. It's that good.
If you want a fast-paced, dark and spooky read by a talent author who is sure to shine through many more compelling books to come, Scent of the Wolf will not disappoint. I can't wait for the sequel.
~Dawn Thompson"

"Scent of the Wolf is a paranormal gothic romantic mystery by Tracy DeVore, an author I hadn't had the pleasure of reading before now. I am pleased to report that her novel pulls out all the musty, musky stops when it comes to creating a dark, spooky and spine-chilling atmosphere - it follows a spirited heroine, Sophia, who finds that she is the inheritor of a mystical family legacy after her grandfather dies... she is descended from werewolves.
When Sophia and her cousin, Karl, decide to dig deeper into their family's past, they travel deep inside Europe. Strange, compelling dreams beckon Sophia - it's a call of the wild, luring her to embrace her true animal nature. Will she give in to the night moon, or will her human side overcome? Life is further complicated when another benefactor is named in Grandfather's will. Peter Krieg, a dark, mysterious stranger, awakens feelings within Sophia that she never imagined, not even in her wildest dreams.
To say much more would spoil crucial plot points, but Scent of the Wolf is a spellbinding read with so many elements of the genre blended seamlessly that you really can't pigeonhole it. It's romantic, suspenseful, dramatic, and yes... truly scary.
~Staci Layne Wilson"
Read more
Other Formats: Kindle , Paperback 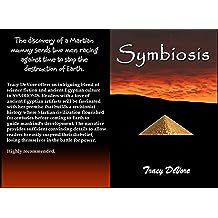 Symbiosis Jul 23, 2011
by Tracy DeVore
( 3 )
$0.99
The discovery of a Martian mummy sends two men racing against time to stop the destruction of Earth.
Read more
Other Formats: Paperback 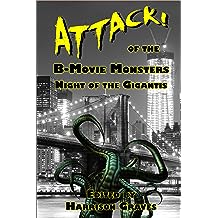