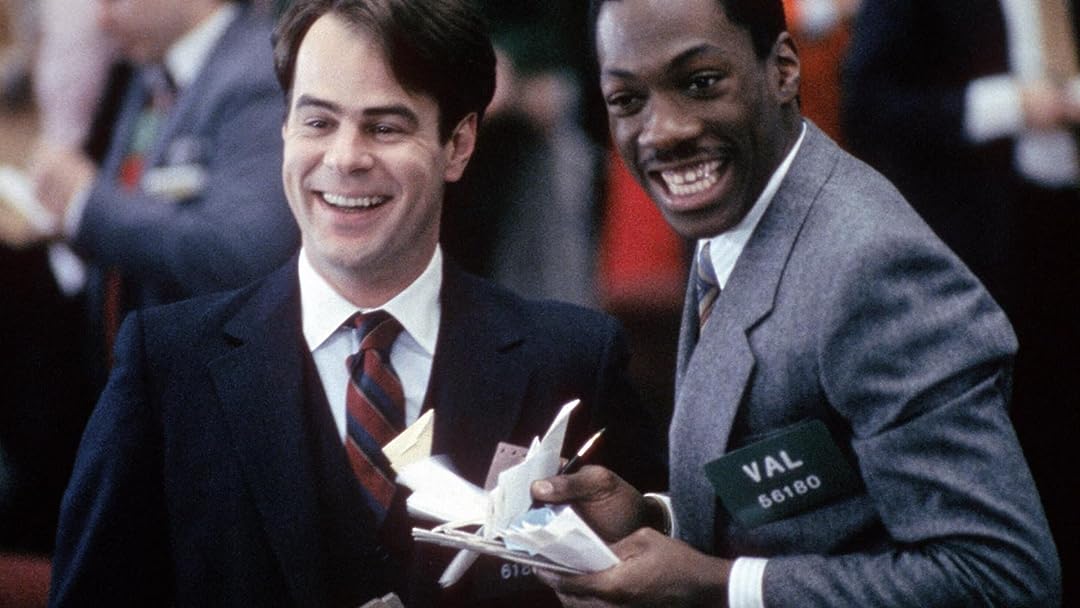 ChrisReviewed in the United States on June 28, 2018
5.0 out of 5 stars
Great movie even without the heavy coating of nostalgia
Verified purchase
I had this movie back in the days of VHS and loved it, to death. RIP VHS tape. I got the DVD back in the day and now with the anniversary edition I have it again in a format I will be watching again. I was debating on buying the digital copy but can't bring myself to spend ten bucks on something that could disappear tomorrow with minimal warning.
This is one of the great 80's movies where the actors were on some of their best games. This was also back in the day when you would get the extra boobie shot if you needed it or not (and to 16 year old me when I saw it first, I was a need). The three principal actors were great and I still love their work to this day but this movie had a great supporting cast and it is a joy to watch them work.
If you haven't seen the movie before and you like anything from the 80's then this should be added to your must see. It is the story of rich guy made broke and street guy made rich all because of a bet from two rich bored brothers. Ah, to have that kind of money.

APKReviewed in the United States on June 30, 2021
4.0 out of 5 stars
Why is Billy Ray’s first day at Duke & Duke “Good Morning” scene absent?
Verified purchase
I was able to rent this VHS when I was 9 in 1984. I know this film by heart, and in terms of comedies and it’s rare that a phenomenal comedy is timeless for 13-80 year olds. The only others of the period that might be timeless for all ages are Groundhog Day and a few Mel Brooks films but I’ll pick SPACEBALLS. As a child I loved ghost Busters but the only moments that can be comical to adults is the opening with Bill Murray buzzing the guy while running his scam ESP research, and scenes with Rick Moranis and Weaver.
So why did I reduce a star? Well I have the DVD, I have the second Blu Ray release, and “Special Edition in 4K” via prime video.
And the version I saw on VHS and I rented it repeatedly I didn’t buy it. Was R, had the topless scenes, and had a key brief contrast scene when Eddie Murphy enters Duke & Duke, and like Winthorp gets bombarded with good mornings from low level employees, so does Eddie Murphy with hysterical confused expressions. Also when he dropped the F bomb there was no motherfu pause and nice talk.
I don’t mind the later it’s funnier. I do mind being bamboozled for deleted scenes that were deleted for DVD and Blu Ray production. I saw this on VHS when VHS had already beat out the beta box, just like DVDs destroyed Laser Disc, and Bluray vs HD-DVD players.
Unlike the later two, the VHS was the theatrical release. There were no director cuts, special features, and commentaries(excuses to blind you that your sitting like a lump watching).
I don’t know why that “Good morning scene” was a deleted scene in theaters that was inserted into VHS if that’s the case. I was too young to know anyone that saw it in theaters to ask.
On this release it’s in deleted scenes separate from the film. On the 4K streaming version it’s not there although it’s compared in alternate formats to the most recent Super Blu Ray (which is 1080p not a UHD+HDR version.
So it’s a 5 star film. And 4 stars for misleading descriptions on Amazon Prime. I spent enough on this movie not to purchase a second Bluray.

Patrick Von MarylandReviewed in the United States on November 8, 2020
5.0 out of 5 stars
Great Movie and Excellent deal
Verified purchase
This review is for the 2018 Blu-ray,a new version is coming out from the Paramount Library series with fancy packaging and a couple of new extras.This disc features a deleted scene,a promotion video for ShoWest Dan and Eddie made and a few other short information videos about trading etc.Definitely a great comedy with an interesting social message,probably one of the most underrated movies of the eighties.Great deal with the digital copy ,I was a bit worried because one it was an ultraviolet streaming movie and 2 code might not be good after 6/20/2020 but mine code worked on iTunes and then just to check I went to see where you can add to your library.ITunes,Vudu and Fandango are the options,so I see if the code would add to Vudu after I used it for iTunes and it worked.Unfortunately Paramount pulled out of movies anywhere but for $10 getting a disc and the digital is great deal .
3 people found this helpful

PhillyReviewed in the United States on December 30, 2020
3.0 out of 5 stars
The Movie Is Great - 4K UHD...meh
Verified purchase
I wasn't expecting miracles for a 4K UHD of a movie from 1983, but I also own other older UHD movies, like "The Thing" from 1982 (which is FANTASTIC quality btw), and this left me wholly unimpressed.

Again, movie is a MUST OWN for anyone. Yes, it does have some cultural issues with 1983 humor versus what is acceptable today, but still a classic.

The review i'm writing, however, just needs to point out that you won't be impressed at all with the UHD. Often splotchy and grainy. Really not anything to write home about. But, i'm happy to have the movie. Always worth a watch.
6 people found this helpful

John JonesReviewed in the United States on January 15, 2021
5.0 out of 5 stars
Never a better time to take in a classic 80's movie than right now!
Verified purchase
I won't get into it, but I am pretty sure back in the days of cavemen and VCR's, there is a short 10-second section of videotape, where any over-stressed copy of this movie would break. I am sure five and dime video hut owner's across the nation cursed loudly as they chomped a cigar for the cost of multiple broken tapes of this movie.

This phenomenon is only contextually important before the internet age.

Also, it's a great flick about a bum and an ivy league brat trade places and stations in life.

Fun ride, and now you don't have to worry about breaking the tape.
2 people found this helpful

MelforlivReviewed in the United States on April 8, 2021
5.0 out of 5 stars
A long time family favorite
Verified purchase
As a child, my family would load up the conversion van (1982 Chevy van with shag carpet on the walls...and cieling) with the family TV and VCR and head to Colorado to go skiing. Three movies ran almost continuously for the entire 12 hour car trip. Fletch, Spies Like Us and Trading Places. We watched these movies so many times that my father would turn off the audio and recite the dialogue while driving.

Trading Places, though has some 1980's memorabilia, is a timeless movie. The plot is as poignant (and funny) as it was when it originally released. The casting is superb - Don Ameche is a definite stand out! If never you've seen this movie, it is a classic. Shoot, it was even referenced in the Kingsman movie.

A staple of any collection and foundation of modern movie making and story telling.
One person found this helpful

A. J. LeitellReviewed in the United States on January 23, 2017
5.0 out of 5 stars
Great cast with Ralph Bellamy and Don Ameche as the ...
Verified purchase
Directed by John Landis (Animal House, American Werewolf in London, Coming to America), Eddie Murphy and Dan Aykroyd's characters are polar opposites in the beginning. This was one of the first movies Dan did after Belushi's death. Evidenced by Jim Belushi as the New Years Eve Guy in an Ape costume. Great cast with Ralph Bellamy and Don Ameche as the Duke Brothers, and Jamie Lee Curtis as a smart Prostitute (with full topless scenes). Denholm Elliot rounds out the cast with a solid performance as the Butler "Coleman" Add Paul Gleason (Breakfast Club) as Clarence Beeks, and you've got great performances and a solid comedy. Also look for one of the first roles for Giancarlo Esposito in a Jail Cell Scene and the porters played by (Now Senator) Al Franken and Tom Davis.
12 people found this helpful

We rented and immediately thought we saw that guy from Fight Club where one or two frames shows a guy in the movie like it's "subconscious advertising". Never noticed before in other Amazon streams. We ended up recording it from Roku with a special box to analyze what's wrong but it was randomly jittery. Sounds like a bug in Amazon's Roku app.

Yes best place is to report but this review will let others know they aren't crazy, Tyler.
3 people found this helpful
See all reviews
Back to top
Get to Know Us
Make Money with Us
Amazon Payment Products
Let Us Help You
EnglishChoose a language for shopping. United StatesChoose a country/region for shopping.
© 1996-2022, Amazon.com, Inc. or its affiliates