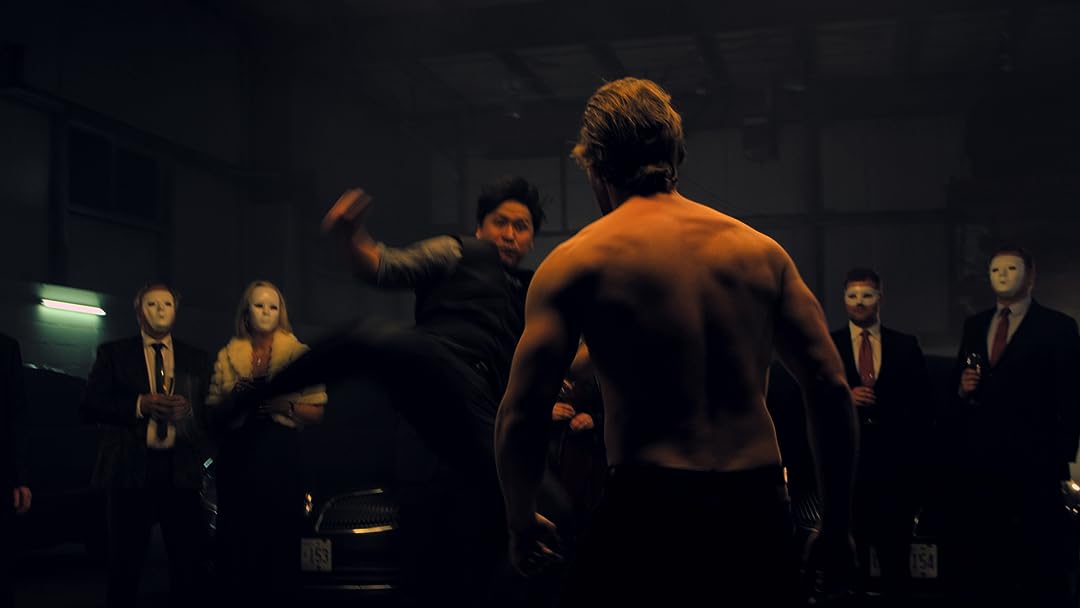 (286)
1 h 25 min2020X-Ray16+
Joshua must protect his twin-sister, Emma, who possesses supernatural abilities and keep her safe from an unstoppable secret agent hunting them for an experiment in a classified government program.

Bertram KohlgrafReviewed in the United States on April 9, 2020
1.0 out of 5 stars
Had potential...
Verified purchase
Some parts were leading up to something good, or, so I thought. Then there's this long story about really nothing. This was a potential to be a great move. It needed a lot of work by the writers, producers and the director. VERY flat story line and very few highlights to even mentions. To me, it was a waste pf money. Don't bother, unless you don't like Gilligan's Island.
14 people found this helpful

kindle readerReviewed in the United States on April 4, 2020
1.0 out of 5 stars
What did I just watch?
Verified purchase
Transference is a plotless, empty film and a complete waste of time. This is the first time I've ever watched a movie and felt it necessary to warn future viewers. Just don't...you'll find better entertainment watching your grass grow.
18 people found this helpful

TaunyaReviewed in the United States on July 16, 2020
1.0 out of 5 stars
Had a good start, thats it, full stop!
Verified purchase
The first 15 minutes or so, thought it was going to be an intelligent "horror" movie. Nope! Not only did it drag on, it did so in the most numbingly predictable ways possible. Right down to fumbling with the keys while attempting to unlock the door before the big scary monster comes back. Need I say more? Key fumbling, why, why, why must this identical scene continue to be repeated decade after decade! Never goes out of style I guess...For myself, that was the final head shake. Seriously, the final ten minutes, well I didn't make it to the end, it had become silly by that point. And its a shame, as it did have potential, but potential left the script, fumbled the keys, and ran out the building!! Take a look at Dr. Sleep, the new Stephen King. Not scary, but well done, and if your familliar with The Shinning and several others, you'll see some cool reminders!
7 people found this helpful

Amazon CustomerReviewed in the United States on April 2, 2020
1.0 out of 5 stars
Wish I could unsee this movie, epic failure
Verified purchase
Such a waste of money and time, if I could give this zero stars I would, but to each his own.
7 people found this helpful

C. GarciaReviewed in the United States on July 27, 2020
1.0 out of 5 stars
Confusing artsy plotline. Don't bother.
Verified purchase
This script might have had promise if they'd spent less time in some fantasy realm that was never explained and more time in an actual coherent story.
Not sure how this got 3 stars, but don't waste your time.
5 people found this helpful

Andy McKinneyReviewed in the United States on September 4, 2020
2.0 out of 5 stars
Good story line, crap acting
Verified purchase
This Canadian low budget flick is something of a family affair. Writer/director Matthew Ninaber actually did the best acting in a tiny role as the father of twins with unusual and uncontrollable powers. The twins, a boy, and a girl, can focus energy but at random or at least it is not something that can come and go as asked. there is also some not quite explained bond that lest the girl twin absorbs the pain of the boy twin. This comes in handy when the boy enters illegal bare-knuckle fights to earn enough money to support them.
To keep her from crashing the house down around them, the girl twin is kept sedated. This turns out to be handy in terms of making the movie.
Melissa Joy Boerger plays Emma, the sedated girl twin. This is her first movie role. She certainly can play a pretty girl under sedation very well. Her brother Joshua is played by Jeremy Ninaber, the son of the writer/director. He frowns through the whole movie. Not that the frowning detracts from the flow of the narrative but it doesn't show much range.
We get some unexplained episodes where Josuha seems to be in two places at once. Perhaps that is some allusion to various time branches. We don't know.
This two-star movie shows some potential in all aspects of writing, acting, and direction but only the direction is first-rate. "Transference" runs for one hour and twenty-eight minutes. I didn't find a rating but there are no swearing or naked bits. At the box office "Transference" brought in $250,000 Canadian.
This might be interesting to someone studying low budget but ambitious films that don't quite get to where they want to go. Otherwise, there are other fish in the sea.

Edward T. MedalisReviewed in the United States on April 1, 2020
1.0 out of 5 stars
Pure JUNK.
Verified purchase
Terrible plot. A waste of time and money.
5 people found this helpful

nathan a yeoReviewed in the United States on August 3, 2020
2.0 out of 5 stars
No horrible don't bother.
Verified purchase
They could've done so much more with it, with the moving parts they had in the box but decided to take a knee instead. A brother and sister have undefined muant powers. The brother is scared of his sisters powers and keeps her locked in a cell, and kidnapps doctors to treat her. To earn money the brother particicpates in MMA/Fight CLub. it seems like it was just thrown in to add some action to this snore of a movie.
One person found this helpful
See all reviews
Back to top
Get to Know Us
Make Money with Us
Amazon Payment Products
Let Us Help You
EnglishChoose a language for shopping. United StatesChoose a country/region for shopping.
© 1996-2022, Amazon.com, Inc. or its affiliates