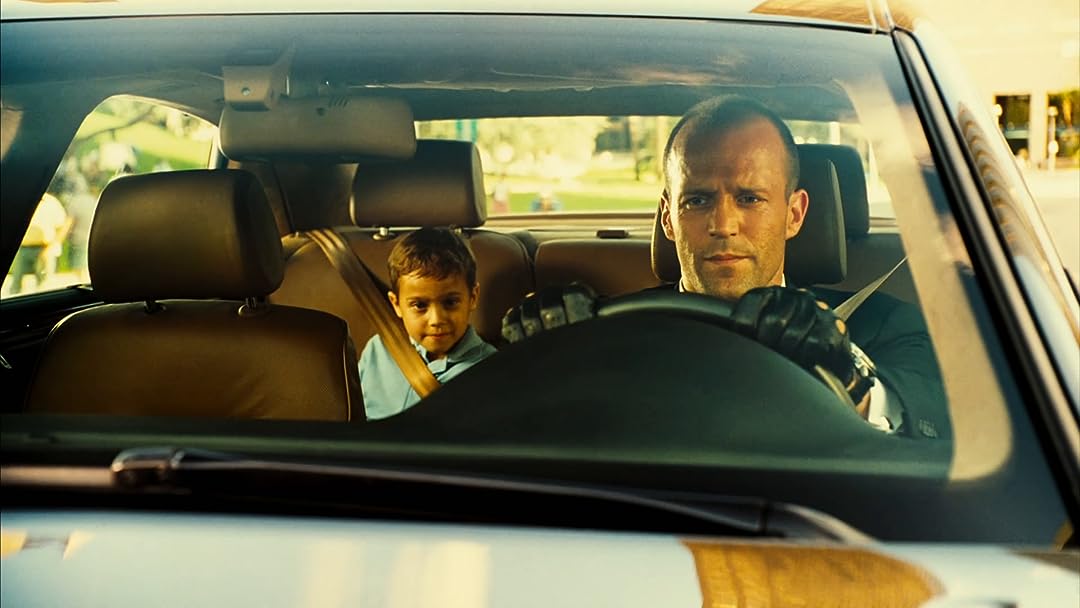 joel wingReviewed in the United States on January 6, 2021
3.0 out of 5 stars
If you can ignore the over the top plot you can enjoy it for some mindless fun
Verified purchase
The Transporter became a franchise and this was the result a completely over the top plot. Frank (Jason Statham) is hired by a wealthy Florida family to drive their kid Jack. Jack gets kidnapped and it seems like it’s a simply ransom story but the kid is actually infected with a biological agent. Here is the start of the overblown writing. Despite that the action scenes are pretty good. There are some well-choreographed fight sequences for example. If you can ignore the plot you can enjoy the film for some mindless fun.
C
3 people found this helpful

Mike GishReviewed in the United States on January 14, 2019
5.0 out of 5 stars
If Anything, Better than the First
Verified purchase
As an athlete, I can appreciate Jason Statham's true athleticism. His moves are sharper and stronger than everybody else's currently doing cinematic martial arts except for Tony Ja (who's my current favorite). Bruce Lee was a true martial artist and still holds the record for speed and best choreography of cinematic fight scenes (in my opinion), he set the standard that everyone else aspires to.

A lot of movies have fantastic driving in them, but once again, not up to the standards of Jason Statham's movies (only so much of it can be computer graphics). Everything he does is tight and precise. Very satisfying/gratifying to watch.

Jason Statham's movies are primarily action-oriented, If you're looking for something else, pick another genre.

Robert HayesReviewed in the United States on November 9, 2014
4.0 out of 5 stars
Funnier and more action-packed than its predecessor
Verified purchase
Now having seen all three of the Transporter films, I feel comfortable in my assessment of the third one as pure crap. While this and the previous entry don't really qualify as great cinema, they can still be enjoyed as popcorn entertainment. This sequel offers up a similarly thin premise, but executes it effectively and with little downtime for needless exposition. In fact this one is more streamlined than the first, clocking in at about 6 minutes shorter. The basic plot has Frank racing against time to get the antidote for a virus that infected a US government official and his family (and potentially a whole lot of other people). However, despite the shorter running time, everything that was good about the previous film is better in this one, namely the action sequences. The acting is mostly decent, although one of the villains, a female, didn't do as well as everyone else. Thankfully, she was quite a character and fairly easy on the eyes. Of course, it almost goes without saying that the fight choreography was excellent, done by Cory Yuen, who directed the first one. There was a really balletic quality to the fights that made them fun to watch, and the shooting style was able to adequately capture Jason Statham's abilities. The editing was a bit tighter this time around, but it also had the effect of making the hits seem harder, which I suppose is a good thing. There are only a couple of other things I feel worth mentioning in terms of the overall look and feel of the picture. Even though is from Luc Besson's production house, at times it looked and felt like a Michael Bay film, but not necessarily in a bad way. Part of this is due to the over-saturated color scheme which Bay uses in his film these days. Part of it could also be that it was set in Miami, which is where BAD BOYS and its sequel were set. Other than that, though, the cinematography was better and the humor was more appropriate than one finds in a Michael Bay film. Overall, the plot is just as ludicrous and convoluted as the first, perhaps more so, but the fight choreography and action sequences are a slight step up. Recommended for fans of the first one.
2 people found this helpful

M DavisReviewed in the United States on August 11, 2020
2.0 out of 5 stars
Shut off your brain before watching
Verified purchase
I see that many on here have given this movie four or five stars. The only thing that I can imagine why is because they must be a fan of Jason and/or the first movie. Unfortunately, if you are like me though, it is hard to enjoy the movie for any other reason. Completely unrealistic. More like a DC Comics atmosphere than anything the even remotely comes close to mimicking reality.
One person found this helpful

Zoltar's NightmareReviewed in the United States on October 21, 2020
1.0 out of 5 stars
Meh
Verified purchase
I should have listened to Mac from Its Always Sunny in Philadelphia about watching this film. I really enjoyed the original but couldn’t find my vibe with this empty bloated sequel. Many friends like it and don’t like me, so free country, maybe you’ll like it.
2 people found this helpful

Frank ShawReviewed in the United States on January 9, 2021
1.0 out of 5 stars
The director is obviously deranged
Verified purchase
If you enjoy mindless, and I mean really mindless all out action movies, this is for you. There is no plot to speak of, just mayhem. Calling the acting sophomoric would be an overstatement. You could fit the dialog on a 3x5 card. Somebody spent a lot of money to make the most laughably bad film I believe I've ever seen.
One person found this helpful

dvdbluraykingReviewed in the United States on November 16, 2008
5.0 out of 5 stars
Heart Pounding Action
Verified purchase
I rarely write reviews about movies, but this one cant pass me by. Jason Statham is the driver from Transporter 1 who drives around this child, (the son of a politition) and the Politition is scheduled to go to this conference where lots of world leaders are coming. The theme of the movie is that the kid gets kidnapped and injected with a deadly virus that is spread through the air. They find the kid who was kidnapped (hes now injected with the virus) the kid infects the father politition, the mother and the father infects everyone at the conference who are all now dying. Statham is now trying to get the antidote which is injected into the bad guy who sold out the anidote to the Columbian Drug Lords. Statham has to get the bad guy so he can be used as a human ginea pig antidote for all the infected people before they die. Thats the plot, the review is to highlight the special effects while Statham, now driving around in a BEEMER, pulls off the sickest stunts imaginable, such as driving a 2 ton car flying from one roof to the other and even flipping the car over to knock off a bomb attached to the underside of the car before the bomb explodes. Some of the stunts are too unbelievable and even boggs the mind. You have to do this in Blu Ray or forget it.
3 people found this helpful

Owen ReynoldsReviewed in the United States on July 17, 2021
1.0 out of 5 stars
Will NOT PLAY
Verified purchase
Will not play, states only for Region A, I have other Blu Rays they all play, an are for Region A, I live in the USA, Region A, these Blue Rays must be rejects, not made correctly, but I guess they make good coasters
See all reviews
Back to top
Get to Know Us
Make Money with Us
Amazon Payment Products
Let Us Help You
EnglishChoose a language for shopping. United StatesChoose a country/region for shopping.
© 1996-2021, Amazon.com, Inc. or its affiliates