Trap the Devil: A Thriller (A Dewey Andreas Novel Book 7) and millions of other books are available for Amazon Kindle. Learn more 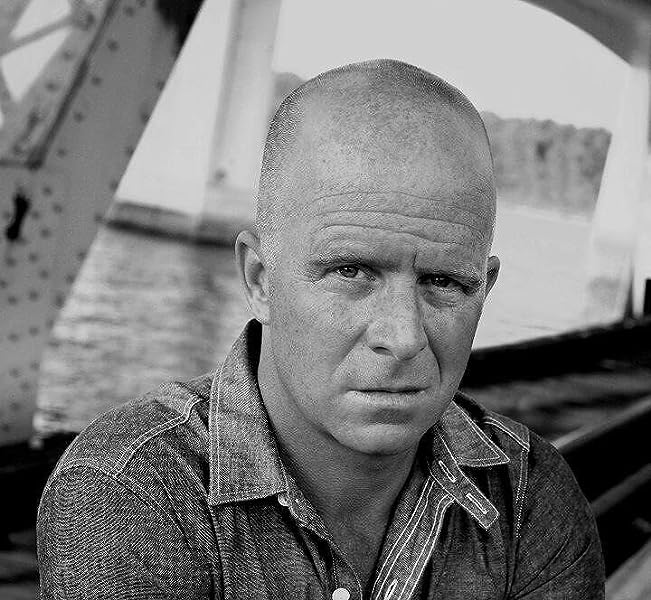 by Ben Coes (Author)
4.6 out of 5 stars 806 ratings
Book 7 of 9: A Dewey Andreas
See all formats and editions
Sorry, there was a problem loading this page. Try again.
Read more Read less
Previous page
Next page

BEN COES is the author of the critically acclaimed Power Down and Coup d’Etat. He is a former speechwriter for the George H .W. Bush White House, worked for Boone Pickens, was a fellow at the JFK School of Government at Harvard, a campaign manager for Mitt Romney’s run for governor in 2002, and is currently a partner in a private equity company out of Boston. He lives in Wellesley, Mass.
Start reading Trap the Devil: A Thriller (A Dewey Andreas Novel Book 7) on your Kindle in under a minute.

4.6 out of 5 stars
4.6 out of 5
806 global ratings
How are ratings calculated?
To calculate the overall star rating and percentage breakdown by star, we don’t use a simple average. Instead, our system considers things like how recent a review is and if the reviewer bought the item on Amazon. It also analyzes reviews to verify trustworthiness.

AmazonFan
5.0 out of 5 stars Great addition to the Dewey Andreas series...
Reviewed in the United States on June 20, 2017
Verified Purchase
Trap the Devil is the latest installment of author Ben Coes' Dewey Andreas series. For anyone who is a fan of previous books in this series, you will not be disappointed.
Andreas, former Delta and now CIA operative, is given what at first appears to be a simple assignment - accompany the US Secretary of State to Paris as an added layer of protection. When the Secretary is assassinated with Andreas' weapon, he is on the run while trying to unravel a plan decades in the making to take down the US government. If a mysterious woman who has recently escaped from an asylum in France is to be believed, the threat is coming from inside the highest levels of the US intelligence community in an operation known as "Order 6."
Coes is truly one of the most gifted writers of espionage thrillers today - as author Brad Thor sums up on the book jacket, "Envision Clancy, Forsyth and le Carre all writing in their prime."
Coes delivers intrigue and suspense on every page, building to an explosive ending that leaves just enough unanswered questions to set the stage for the next Dewey Andreas adventure but not so many that the reader feels unsatisfied.
For those familiar with the series, you'll recognize characters from previous novels - Katie Foxx, Rob Tacoma, CIA director Hector Calibrisi, President Dellenbaugh, Nebuchar Fortuna.
For those who are new to Coes/Andreas (as I was until a year ago), each novel, while continuing a core cast of characters, can be read on its own so feel free to jump in anytime. When necessary, Coes deftly adds in a brief backstory without weighing down the action for those already familiar with a character or past plot reference.
Trap the Devil is a race-against-the-clock page turner that already has me anxiously awaiting Coes' next Dewey Andreas installment.

spatt
2.0 out of 5 stars Disappointing
Reviewed in the United States on July 7, 2017
Verified Purchase
I was pretty disappointed by this book. I only finished it because I like the characters and when I read the next one in the series I wanted to make sure I hadn't missed anything important. I felt like he 'jumped the shark' with this book. There was just too much of everything and too much was just too unbelievable for me to get past. I will give the next one is the series a chance and hope that Ben Coes gets back to what made Dewey's stories so enjoyable to read.
Read more
11 people found this helpful
Helpful
Report abuse

SteVen H.
5.0 out of 5 stars ...endless action mixed with strong character development, a great espionage novel!
Reviewed in the United States on August 28, 2021
Verified Purchase
Book Review - This is one of those books that I highly recommend you both read and listen to the audiobook. I definitely think this might be the best book in the Dewey Andreas series. Right from the beginning this book takes off full speed and the action and suspense do not stop until the end. It's sad that the antagonist's daughter is killed by a suicide bomber in the beginning and then he wants to set things right by wipping out the Muslim people. His strategy is so convoluted it includes killing the president and VP of the United States. I loved every moment in this book. Classic Ben Coes plot and endless action mixed with strong character development makes this a great espionage novel. I have read the entire Dewey Andreas series before but find this second reading of “Trap the Devil” much more better. Richer, more vivid details provoked my imagination this time and made me feel like I was experiencing everything myself. This book has my highest recommendation and I celebrate Ben Coes as being one of my favorite action thriller authors...
Read more
Helpful
Report abuse

Jennifer
5.0 out of 5 stars Wow!! What A Thrilling Ride This Was!!
Reviewed in the United States on September 16, 2017
Verified Purchase
I am just emotionally spent after this one I have got to say!! WOW!!
From the moment I started this I couldn't stop I just wanted to race to the ending. I was on the edge of my seat from the word go.

A huge conspiracy to take over the government is in motion and Dewey is being framed for the murder of the Secretary of State. But Dewey is smarter than the average bear..lol In this story you are going to feel like Dewey is taking you along for the ride with him. It feels like we get more insight into his mind. And I believe the reason for this is Coes writing.

I'm glad Ben Coes is not cranking out more than one book a year because if he were it would hinder the great writing style he has developed for our much loved characters in Dewey's stories. Coes has done a great job with the growth of these characters and they are smooth as silk.

If you haven't read any of these books your missing out on a great experience. I recommend this to one and all. Happy Reading!! And Ben Coes Thanks for sharing your talent, heart, and soul with us.~Your Faithful Reader
Read more
4 people found this helpful
Helpful
Report abuse
See all reviews

Huw
5.0 out of 5 stars Trap The Devil – Ben Coes. The book begins ...
Reviewed in the United Kingdom on August 4, 2017
Verified Purchase
Trap The Devil – Ben Coes.
The book begins with a series of flashbacks the first one a terrorist attack at a Madrid train station which among others kills Charles Bruner’s nine-year-old daughter. The second to a meeting at CIA headquarters Langley Virginia, setting out a covert programme named Order Six, housed inside state, beyond the parameters of protecting the president without the restrictions of the pentagon and CIA, using only elite soldiers from Coronado, Bragg and the farm, a pre-emptive, of the books undocumented, lethal outside the lines black on black team, run by Charles Bruner.

But now decades later Order Six has gone rouge with an inner circle of 2 joint chiefs of staff, 3 cabinet sectaries, more than 2 dozen high ranking officials inside President Dellenbaugh’s administration, along with members of the military and the private sector, all loyal to the vision of Bruner’s American dream, wanting to kill everyone who gets in their way, and replace them with their own people, a sort of shadow government in waiting. The speaker of the house is their first victim killed while duck hunting in Georgia, with their own man becoming 3rd inline to the presidency.

Dewey Andreas on light duties after being stabbed and almost killed by Sirham el-Khan on the roof of Columbia university, is sent to see a shrink in order to understand what he’s been through and to get back into operational duties, is asked by Hector Calibrisi to accompany the US secretary of state to France for secret talks with Iran. But Dewey is framed for the murder of the secretary of state his colt .45 M1911A1 found at the scene.

Dewey is on the run from the authorities trying to find a woman with all the answers about Order Six, before they can kill her and set the scene for Charles Bruner’s endgame to kill the President and vice President, put his own man in charge and kill millions of people, to make up for his daughter’s death.

Dewey is helped along the way by Katie Fox and Rob Tacoma, all the while being hunted by Iranian agents after previously stealing their only nuclear weapon and Nebuchar Fortuna, hell bent on revenge for the death of his father and brother, along the way finding out the truth of the death of His Wife Holly.
Read more
One person found this helpful
Report abuse

Mrs C Hutchinson.
3.0 out of 5 stars Rather disappointed in this one.
Reviewed in the United Kingdom on September 8, 2019
Verified Purchase
Not my favourite Andreas book and I don’t really know why. All the elements of this type of book were there and yet I never really got into the story. There seemed to be too many characters to really connect with any of them, and the connection between them tenuous. I feel I could read the book again (and I probably will if I find myself without a new book to hand) in a year and would not really remember it.
Read more
Report abuse

Joe
5.0 out of 5 stars Good read
Reviewed in the United Kingdom on September 17, 2019
Verified Purchase
This is a good book, not as good as some of the previous Dewey Andreas ones, but gripping in a similar way, intense, and my favourite part- parallel action points developing keeping the reader in suspense.
Read more
Report abuse

Mr. Deryck R. Sealy
4.0 out of 5 stars An excellent spy thriller
Reviewed in the United Kingdom on February 4, 2018
Verified Purchase
If you enjoy Vince Flynn's, Matt Rapp character, this will be right up your street. This is a barnstorming read.
Read more
Report abuse