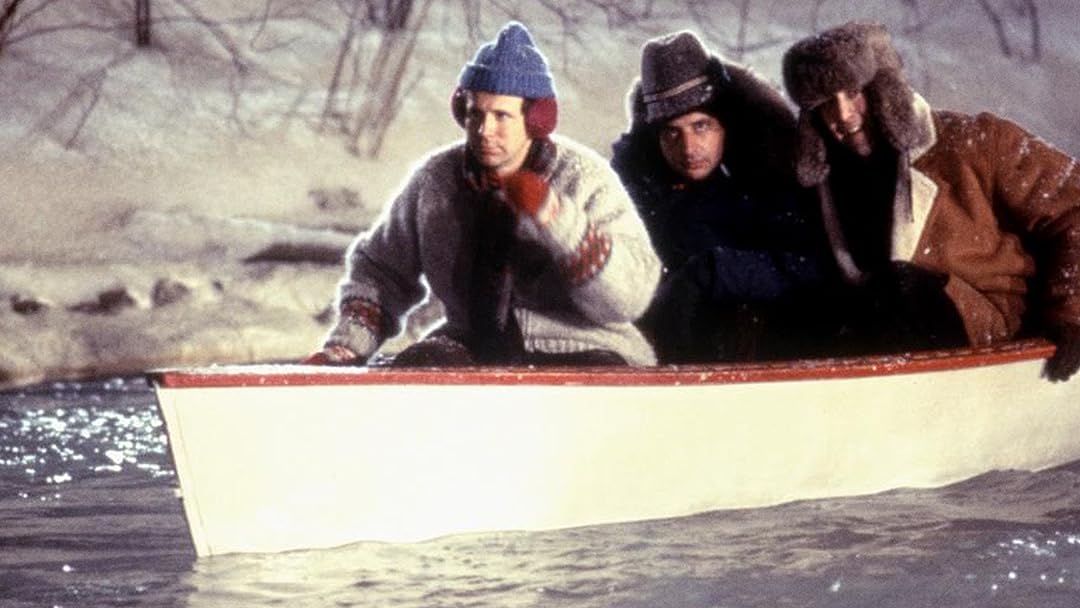 (1,822)
5.91 h 51 min1994X-RayPG-13
HD. Three brothers rob a small-town bank on Christmas Eve, only to have their escape attempts stymied by the friendliness of the townspeople.

KimReviewed in the United States on October 8, 2018
5.0 out of 5 stars
Look Into My Eyes...Watch This!
Verified purchase
This is to all the uninitiated Paradiser's,

If you do not pop this movie on you are skipping one of the greatest sleeper hits in movie history! The comedic timing and chemistry between the characters is so funny I've laughed until tears rolled down those eyes pictured above.

Warning: May cause hysterical fit's of laughter so hard you loose feeling in your cheeks. If you love humor at all, this is one for a study. It's a simple town and some would argue a simplistic script but it's so much more!

Cris KamuraiReviewed in the United States on February 9, 2021
3.0 out of 5 stars
"Don't Believe in Paradise"
Verified purchase
Decent watch, could watch again, but can't recommend unless you just want to throw back to the early 90's.

This is a great example of "weird" acting by people you may recognize as great, or at least famous, actors.

Jon Lovitz hasn't changed much, but Dana Carvey certainly plays his role goofy for comedy's sake, but I have no idea what Nicholas Cage is doing in this one.

He starts pretty sane, and then kicks off like he just re-discovered cocaine, and then just when you think he's going to even out, he wildly bounces back and forth between personalities.

The actual over-complicated story of these guys robbing a small town bank and being at the mercy of those they robbed, confronted with the moral implications of their theft versus their own personal adversities is pretty interesting, but the palatable depth of the story is overriden by a lot of comedy, some of which doesn't land, and some of which is weighed down by the situations.

I don't think anyone is going to hate this movie, but there are just so many other things to watch.
One person found this helpful

JonathanReviewed in the United States on December 19, 2016
3.0 out of 5 stars
Amusing Christmas Parable
Verified purchase
I saw Trapped in Paradise when it first came out, and then recently decided to revisit with my wife, as she had never seen it and I remembered finding it pretty funny when it first came out. After viewing it years later, it's still pretty amusing. It should probably be more like 3.5 stars instead of four, but Amazon don't play that way, so we will go with 3 and err on the side of caution.

Trapped in Paradise falls into the trope of Christmas redemption movies, wherein three brothers (played by Nic Cage, Dana Carvey, and Jon Lovitz) in varying stages of moral decay decide to rob a small town bank on Christmas Eve. Things go haywire, of course, and the brothers are forced to come to terms with who they are and how their actions impact others.

The humor is all over the place, but usually is in the form of quips between the brothers, which is sometimes smile-worthy, but falls short when compared to the circumstantial humor and site-gags, which play out better. Also, it has to be said that this IS a Nic Cage movie, with all that entails. He's just as over the top here as he is anywhere else. If you don't like Nicholas Cage (or cannot tolerate him), then you probably won't like this movie. Dana Carvey comes off a little over the top, but then settles into his role as the movie progresses. His character here is nowhere near the quality of Garth Algar or George Herbert Walker Bush impersonation, but it's likable.

And that's a good word for this movie: likable. It's not hilarious, it's not the greatest Christmas tale ever told, and it's not even particularly well acted (the town members are probably the best actors in the bunch). It also suffers for an unnecessary and poorly-explained romance between Nic Cage and one of the townsfolk, but that's Hollywood for you. Despite these shortcomings, the movie overall feels complete and of good cheer. Worth it if you're looking for something different this holiday season, or just want to pull an old Nic Cage movie out of the vault.
12 people found this helpful

Sheila C. KlineReviewed in the United States on January 22, 2017
5.0 out of 5 stars
Great Addition To Your Christmas Holiday Library!
Verified purchase
One of my all time favorite movies; just can't watch it enough. It is funny, yet has a story line that warms the heart. The trio of brothers are "cast perfect", the town of Paradise so average, and small town America that it makes me want to live there! Though it is now a few years old, it is still a wonderful addition to your Christmas holiday library! This kind of message doesn't grow old!
10 people found this helpful

Amazon CustomerReviewed in the United States on December 15, 2019
1.0 out of 5 stars
SOUND QUALITY POOR CANT HEAR IT!! REFUND!!!
Verified purchase
I have seen this movie a million times and ordered it on Amazon to share with someone. The movie itself is a hilarious movie, but the sound quality on this purchase was terrible. You cannot hear it even at close range. I watch Amazon movies, series, etc all the time so I have something to compare it to. Don't purchase this one, try another place to watch this movie, so you aren't struggling to hear it. Movie itself because I have watched it many times before receives 4.5 stars...this purchase and movie sound quality - 1 star! Don't order it here!
3 people found this helpful

DeniseReviewed in the United States on April 5, 2021
1.0 out of 5 stars
Three Stooges Humor
Verified purchase
Not funny. Not entertaining. I was embarrassed for Cage and Lovitz - expecting a lot more than nonsense from them. It can be argued as to how I know the movie is a total loser if I didn't watch any more than 10 minutes of it. Maybe the ending redeemed itself. I'll never know, but this movie gets a No-Star rating!

Amazon CustomerReviewed in the United States on December 26, 2018
1.0 out of 5 stars
Abysmal is really too good for this clunker
Verified purchase
If I could shoot every copy of this execrable exercise in stupidity into the heart of the sun I would still not be satisfied. Only if I could expunge every memory trace of this exercise in garbage cinema would I truly feel released from the burning memory of the $4 wasted on this utter dud.
5 people found this helpful

Robert B. SweeneyReviewed in the United States on April 28, 2010
4.0 out of 5 stars
Overlooked Christmas gem
Verified purchase
This quirky little comedy has become a Christmas staple in my house. The story of 3 bumbling brothers sticking up a small town bank on Christmas eve has enough surprises to keep you laughing, while also including enough cliches to allow you to just sit back, relax and enjoy the ride. And for a modern Christmas movie there's a surprising amount of real "Christmas Spirit" in this tale, as the 3 big-city robbers find the townsfolk of the little hamlet of Paradise to be filled with the kind of love, kindness and grace that the Yuletide is supposed to engender, but rarely does. Not a cynical film like so many modern Xmas flicks, there's still enough edginess to keep the jaded happy, but just enough sentiment to warm the hearts of those who prefer the more traditional Christmas fare. If you like "Christmas Vacation" you should enjoy this.
9 people found this helpful
See all reviews
Back to top
Get to Know Us
Make Money with Us
Amazon Payment Products
Let Us Help You
EnglishChoose a language for shopping. United StatesChoose a country/region for shopping.
© 1996-2022, Amazon.com, Inc. or its affiliates