Trapped in a Video Game (5 Book Series) and millions of other books are available for Amazon Kindle. Learn more 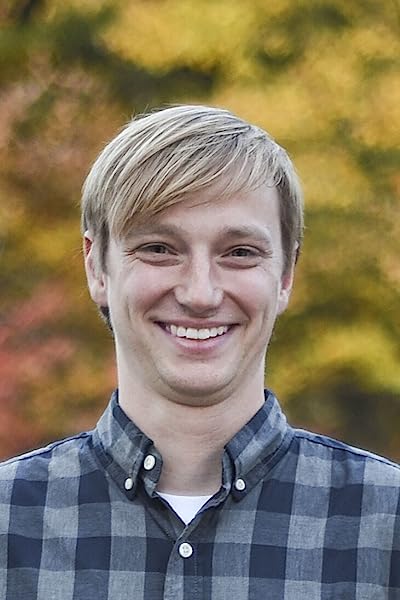 Kids who love video games will love this first installment of the new 5-book series about 12-year old Jesse Rigsby and the wild adventures he encounters inside different video games.


Jesse Rigsby hates video games—and for good reason. You see, a video game character is trying to kill him. After getting sucked in the new game Full Blast with his friend Eric, Jesse starts to see the appeal of vaporizing man-size praying mantis while cruising around by jet pack. But pretty soon, a mysterious figure begins following Eric and Jesse, and they discover they can't leave the game. If they don't figure out what's going on fast, they'll be trapped for good!

Trapped in a Video Game Series

With action packed into every page, this new book series does the impossible: it gets 8-12 year old kids to put down the controller and pick up a book!

Each novel has a More to Explore section that teaches computer programming concepts through fun activities. From binary code to algorithms, each section provides an opportunity for kids to learn the basic functions behind their favorite video games.

Dustin Brady writes funny, action-packed books for kids. Although he regularly gets locked out of his own accounts for forgetting passwords, Dustin still remembers the Super Mario Bros. 3 Game Genie code for infinite lives. It’s SLXPLOVS. Dustin lives in Cleveland, Ohio, with his wife, kids, and a small dog named Nugget.

Start reading Trapped in a Video Game (5 Book Series) on your Kindle in under a minute.

Dustin Brady writes funny, action-packed books for kids. Although he regularly gets locked out of his own accounts for forgetting passwords, Dustin still remembers the Super Mario Bros. 3 Game Genie code for infinite lives. It’s SLXPLOVS. Dustin lives in Cleveland, Ohio, with his wife, kids, and a small dog named Nugget.

4.7 out of 5 stars
4.7 out of 5
10,032 global ratings
How are ratings calculated?
To calculate the overall star rating and percentage breakdown by star, we don’t use a simple average. Instead, our system considers things like how recent a review is and if the reviewer bought the item on Amazon. It also analyzes reviews to verify trustworthiness.

Sharmaine Palama
1.0 out of 5 stars Cut and taped back together!
Reviewed in the United States on January 21, 2020
Verified Purchase
Have not read the book yet. BUT I did skim through and instantly noticed many of the pages were cut/torn and glued/taped back together, very disappointing to buy a BRAND NEW book and have it come damaged!
Read more

1.0 out of 5 stars Cut and taped back together!
By Sharmaine Palama on January 21, 2020
Have not read the book yet. BUT I did skim through and instantly noticed many of the pages were cut/torn and glued/taped back together, very disappointing to buy a BRAND NEW book and have it come damaged!
Images in this review

M. Ryan
5.0 out of 5 stars My picky son loves this book...and so does my not-so-picky daughter.
Reviewed in the United States on June 22, 2017
Verified Purchase
I knew my son would like this book. The humor on the first page is exactly the sort of thing that makes my son smile and share.

My daughter already loves reading, but my son is very picky about what he wants to read, so almost any book is a gamble. He likes Judy Moody books and Stink books, but he is not interested in many of the books targeted for boys his age. My wife and I were on a mission to find a book that would stir an excitement in him the way my daughter is excited when she reads.

Trapped In A Video Game is that book. We gave it to him on his birthday. He was wary because we have given him books before and the track record is not good. I encouraged him to read just the first page and then make his judgment. I knew he would like the joke on the first page. While he was reading the first page, I left the house to run an errand. By the time I returned he was about a third of the way through the book. He loved it.

Oh, yeah. I forgot to tell you that my daughter loves it, too! She has read every Harry Potter book, almost every Rick Riordan book, at least half of "Erin Hunter's" Warriors books, every Land of Stories book by Colfer, and several dozen other books. She loves this book. She and my son have had sibling fights over this book.

We just got Trapped In A Video Game 2 from Amazon yesterday. Let the fight over who reads it first begin...

This is a great book. My kids look forward to reading the rest of the series and Dustin Brady's other books and future books. Keep writing, Mr. Brady.

This is the first book in the planned five book series. Each book slips our heroes into a different perilous video game, so they work almost as standalones. But there's also an overall mystery/thriller arc, and it looks like that will get wrapped up in book five. (Each book concludes its individual story, but leaves behind a cliff hanger that leads to the next book and relates to the overall arc.)

The general idea is that an evil supervillain has an evil supervillainous plan, and our guys keep getting in his way. This time around they escape his clutches by dropping into a blocky, retro, 80's, side scrolling, island adventure game. They have to survive and then get out, while avoiding a robot assassin who has followed them into the game and then surviving the villain's attempts to erase them when they do get out.

Here's the thing. This is one of the funnest sets of heroes I've encountered in some time, and this is one of the smartest MG action/adventure tales I've read, ever. Our heroes are the quiet and shy kid, Charlie, (whose genius programmer dad is being held hostage by the villain), the sort of goofy and obtuse comic relief kid, Eric, and our first person narrator, the regular type kid, Jesse. Jesse is the heart and soul of the book, and he is an appealing mix of resourceful, antic, funny, observant, deadpan and puckish. His narrative voice, alternately dry and then manic, sells the premise and the story and keeps the reader engaged. I mean, I could totally see him being my best friend. Eric is both a bit dim and totally psyched, and so offers a nice balance to Jesse.

But above and beyond that, the book is loaded with sly humor and with inside 80's gamer jokes. For example, at one point the villain starts monologuing about his devious plan for world domination. Eric keeps egging on the villain with inane questions. Jesse keeps trying to get Eric to be quiet because absolutely everybody knows that once the villain has disclosed his plan he has to eliminate the people he just told it to. But Jesse is also torn because the plan really is sort of especially evil and Jesse is sort of curious. Now that strikes me as a pretty knowing joke on the whole structure of action/adventure thrillers, and I would expect a middle grade reader to get that joke and be pretty pleased to get that joke. That's what I mean about the book being "smart". It's entertaining but it also brings the reader into the fun of reading this kind of stuff, (without ever mocking the genre). And the whole book has that kind of generous, knowing, upbeat, Boy's Own, vibe.

So, while the premise looked a little gimmicky at the outset, it really was handled very well, and the book delivered a ripping and amusing adventure in the company of some fine heroes. A nice find.
Read more
40 people found this helpful
Helpful
Report abuse

Ian Fisher
5.0 out of 5 stars Our night-time routine with our daughter and son (ages 7 ...
Reviewed in the United States on January 25, 2018
Verified Purchase
Our night-time routine with our daughter and son (ages 7 & 5), is to read a book, watch a couple YouTube videos, talk about our day, and go to bed. This is the first book that had my kids begging to skip videos and talking time to just read a few more chapters. It's intense, but not scary, and exciting but not overstimulating, and my kids area always anxious to hear what is going to happen next.
Read more
69 people found this helpful
Helpful
Report abuse
See all reviews

Joy
5.0 out of 5 stars great
Reviewed in the United Kingdom on November 25, 2020
Verified Purchase
I bought this for my grandson, it is to encourage him to read.
Read more
Report abuse

Picky Mom
3.0 out of 5 stars Wasn’t well received.
Reviewed in Canada on January 16, 2021
Verified Purchase
Unfortunately my son didn’t enjoy this. Gave it a 3 in the event he didn’t give it a good enough try. (My son is 11. He does well in school but isn’t a big reader outside of assigned books. He loved the Whimpy Kids series and Tom Gates however. )
Read more
One person found this helpful
Report abuse

Court
5.0 out of 5 stars Found this for my son and I'm so happy I did...
Reviewed in Canada on February 13, 2021
Verified Purchase
My son is 9 and enjoys video games so I wanted a book that would keep him interested because we try to read almost every night. Him and I read it together and honestly I'm enjoying it myself. Each chapter keeps you wanting to read more even though we stick to one chapter a night. Very happy with this purchase and so is my son. Can't wait to read the rest of the series.
Read more
One person found this helpful
Report abuse
See all reviews