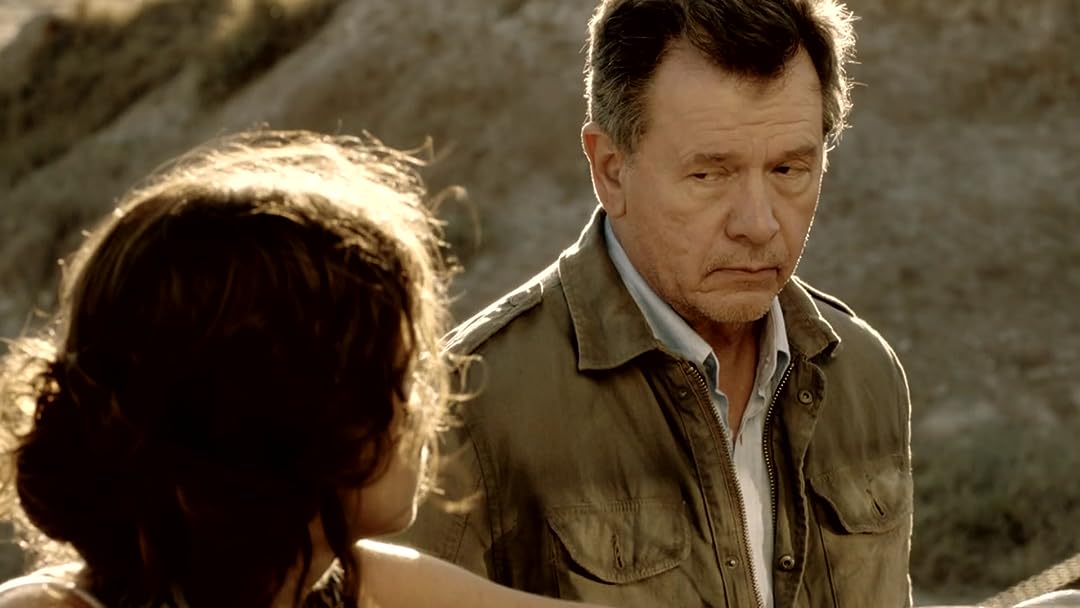 (155)
4.71 h 32 min201116+
An archaeologist and a Vatican Treasure Guard must protect a scroll with the location of the long lost Seal of Solomon; thought to have been given to Solomon by God himself.

Inside Kate's KitchenReviewed in the United States on March 30, 2018
3.0 out of 5 stars
Make up the last fifteen minutes for yourself, because you'll do a better job than they did.
Verified purchase
The premise that there's a Vatican Force seeking genuine artifacts isn't new, but is presented here in a bit of a different light. Kind of like the old TV show "Warehouse 13," in which various exotic and powerful items were found and then stored. We don't get to see any of the other relics, which was a disappointment. They only say there's 54 of them, and this team is seeking the 55th.

Not to blow it for you, but the search is decent. Moves around well. However, it's easy to determine the true villian WAY too eary in the film. Not much subtlety in how they painted the false villian, which ends up being the entire motivation for the team...to save the bad guy who wasn't the bad guy after all.

Then, there's the last 15 minutes or so. They either ran out of money or inspiration, not sure which. But, the final push to actually GET the Ring of Solomon and discover the diamond mine was, to put it bluntly, VERY disappointing. Then, it's all wrapped up with no clarity at all and we barely even get a glimpse of the whole objective of the movie...the diamonds of Solomon!

It's not a BAD movie, but it's not a GOOD movie, either. It's what I call "a strange little movie." It had potential. The acting was well done, especially the flaky brother, Luca. But, they squandered the first 95% of the movie by shortchanging us, the audience, in the last 5%.

Movies that just END, with no definitive closure for the dangling plot lines REALLY tick me off! This movie does that. A "3" says you "like it," well, it's really only a "2.5." I liked most of it, but at the end, it became apparent that I'd pretty much wasted an hour and a half of my precious time. They REALLY could have done a decent job, simply by adding maybe ten more minutes, some wrapping up of a few of the character lines and it would have been really nice if the male and female leads would have at LEAST kissed!

It would have been OK. He might work for the Vatican, but he's not really a priest.

apoemReviewed in the United States on May 23, 2018
4.0 out of 5 stars
Fun, Cute
Verified purchase
Low Four Stars is the best I can give this movie.

This is not a terrible movie. It's not an excellent movie.
It's a cute move though.

This can be an entertaining movie. It has some good acting and it has moments where it has terrible acting. The plot is ok but it's easy to see who the bad guy is right from the beginning almost. There is a little bit of a romance but it's hard to 'feel the sparks flying' and at the end your not quiet sure why the fell in love since there is so minimal talking between the two.

It has the feel of a fun family flick but then right at the beginning, there is a scene of man making out with three women and right after that a topless woman. This means it's not a family movie that you can sit with Grandpa and the kids and watch it without being embarrassed. Sadly, this is all that stops it from being a fun movie to watch with the family. The violence is minimal, there is no blood, and no swear words.

At the end I had mixed emotions about this movie but overall it was an easy to watch show.
One person found this helpful

WakkyWabbitReviewed in the United States on October 21, 2013
3.0 out of 5 stars
Pretty good little adventure movie
Verified purchase
Treasure Guards is an adventure movie. Similar to Allan Quartermain or The Librarian.

A Vatican Treasure Guard, and his sidekick brother, team up with a female archaeologist to find the lost Seal of Solomon, his ring and a big stash of diamonds. They jet all over the world, hunting down clues and artifacts, deciphering codes and dealing with bad guys.

Although not a super big budget movie, it certainly not a low budget B movie. The characters are likable, it's somewhat fast paced and the storyline flows well. The actors do a fine job.

Family friendly: For the most part. In the beginning, there is a brief shower scene that shows breasts and another scene with a man in just his underwear. Other than that, you are pretty safe. A few people get killed, but violence is not major.

I enjoyed the movie much more than I thought I would. I had never heard of the movie nor the actors but I took a chance and I never once considered ending it early. In fact I may watch it again. I think the rental is for several days.

Jim ParkerReviewed in the United States on November 5, 2018
4.0 out of 5 stars
Predictable, but not as bad as I thought
Verified purchase
3.5/5 It was fairly predictable but still enjoyable. It's kind of similar to a national treasure sort of adventure of finding clues leading to a hidden treasure only in this case it's a sacred relic which in turn points to the massive treasure. Personally, it didn't hold the excitement or my attention as much as National Treasure. I do like the idea of there being church secret agents retrieving and protecting relics. I think that that could be really interesting if done well, but this just doesn't pull it off in the way that I hoped. I think they could have done a lot more with it than they did. It isn't bad but it isn't good either it's in the middle.

If you enjoy things like National Treasure it may be worth a watch. If you are looking for a secret agent, or Indiana Jones sort of thing there are a couple of elements but this isn't even close to those.

HoppyRooReviewed in the United States on March 30, 2018
4.0 out of 5 stars
Fun Adventure Flick
Verified purchase
I'll go along with 4 stars on this one...

There's nothing particularly "great" about the flick... but it is a fun adventure movie... not unlike an Indian Jones / Tomb Raider / Librarian kind of thing... It's clearly lower budget, but still face paced, plenty of suspense, decent action, etc...

Acting, camera work, audio, etc... all on point... Not a ton of special effects, but the ones they used looked ok. Same goes for fight choreography and stunt work...

Similar plots have been done a bunch of times... regardless, this is still a fun little romp of a movie...
3 people found this helpful

PenumbraReviewed in the United States on June 30, 2014
4.0 out of 5 stars
Surprisingly entertaining!
Verified purchase
Browsing through movies on Amazon Instant Watch one day, I ran across "Treasure Guards" but didn't feel in the mood for it. I went to click past and ended up accidentally buying it instead. I kept and watched it because it did have a couple of sure things going for it in my book: archeology and Raoul Bova. It turned out to be a surprisingly entertaining movie!

It may not be art for the ages, but it has action, adventure, intrigue, romance and a few laughs. The cast is excellent and they all do a good job, making the story a bit better than perhaps the script deserves.

This may not have the budget and cast of a summer blockbuster, but for those who like the genre it's a good find. Recommended!
9 people found this helpful

V. GoldbergReviewed in the United States on June 9, 2019
2.0 out of 5 stars
so bad that it's beyond bad
Verified purchase
The only reason I gave this movie 2 stars was because of the breathtaking scenery. You know sometimes you find a movie that is so bad that it is hilarious to watch. This one is truly bad. This movie has ever cliché ever written all strung together and recycled a couple more times because they ran out of clichés. I couldn't even finish it so it is quite possible that the clichés were recycled a couple more times. It is a shame because if they had put even some effort into writing a somewhat good script, it might have been a good movie.

Angela M FechnerPReviewed in the United States on March 29, 2018
1.0 out of 5 stars
Needs an R rating.
Verified purchase
There is no rating on this movie, but I would say it is an R for nudity and adult content not appropriate for children. We had to turn it off after a few minutes when inappropriate content appeared. Not worth the time to watch this.
11 people found this helpful
See all reviews
Back to top
Get to Know Us
Make Money with Us
Amazon Payment Products
Let Us Help You
EnglishChoose a language for shopping. United StatesChoose a country/region for shopping.
© 1996-2022, Amazon.com, Inc. or its affiliates