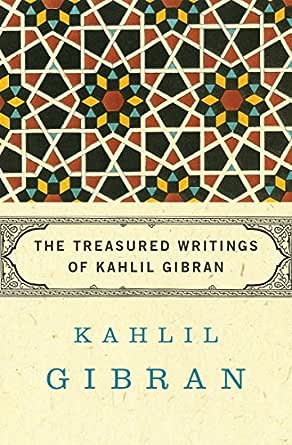 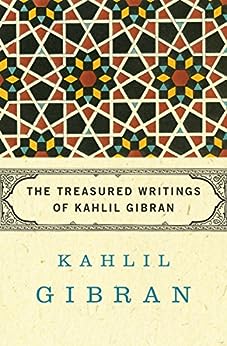 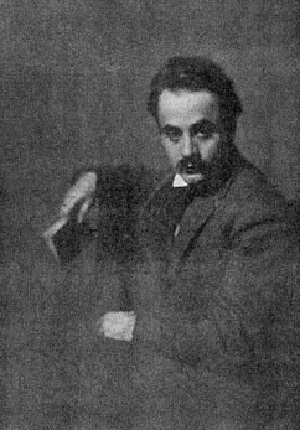 “The most beautiful word on the lips of mankind is the word ‘Mother,’ and the most beautiful call is the call of ‘My mother.’ It is a word full of hope and love, a sweet and kind word coming from the depths of the heart.” —from The Broken Wings
“Fear of death is a delusion harbored in the breast of sages; He who lives a single springtime is like one who lives for ages.” —from Fear of Death
“I would not exchange the laughter of my heart for the fortunes of the multitudes; nor would I be content with converting my tears, invited by my agonized self, into calm. It is my fervent hope that my whole life on this earth will ever be tears and laughter.” —from The Wisdom of Gibran

Khalil Gibran (1883–1931) was an essayist, novelist, and mystic poet. He wrote The Prophet, a collection of philosophical essays that went on to become one of the bestselling books of the twentieth century. Though he was born in Lebanon, he moved to Boston’s South End as a child and studied art with Auguste Rodin in Paris for two years before launching his literary career. Much of Gibran’s work contains themes of religion and Christianity as well as spiritual love.

4.8 out of 5 stars
4.8 out of 5
117 customer ratings
How does Amazon calculate star ratings?
Amazon calculates a product’s star ratings based on a machine learned model instead of a raw data average. The model takes into account factors including the age of a rating, whether the ratings are from verified purchasers, and factors that establish reviewer trustworthiness.
Top Reviews

Henry Martin
5.0 out of 5 stars One of the most important books of all time
Reviewed in the United States on December 7, 2014
Verified Purchase
The Treasured Writings of Khalil Gibran is a comprehensive collection of pretty much everything Gibran wrote during his lifetime. As such, it is a very large book—containing 902 pages.

I've been reading this 'on the side', while reading other, lighter books. While the size of the book may be intimidating to some readers, I have found that it is best read one or two short pieces at a time. This is partly because taking it slowly will allow the reader to reflect upon the text, and partly because Gibran's writing is so amazingly approachable that it can be picked up any time without worrying about missing anything.

The book is comprised of several separate sections: Tears and laughter, Between night and morn, Secrets of the heart, Spirits rebellious, The broken wings, The voice of the master, Thoughts and meditations, A self-portrait, Mirrors of the soul, and The wisdom of Khalil Gibran. Among the texts are interspersed Gibran's poems, which I was not familiar with.

How does one define Gibran's writing? Or. rather, the question should be whether Gibran's writing allows definition at all. At times, one feels that he is reading a philosophical thesis on humanity. Other times, it reads like a religious text dictated by a prophet to his followers. And still, the poetry speaks of the soul of a poet in the traditional sense inasmuch as one perceives a deeply understanding soul must have written the lines on the pages.

Gibran's work may sound intimidating, but it is far from it. It is easily the most approachable philosophical text—one written in an eloquent and intelligible way that allows the reader to grasp the master's message and pondering.

Gibran is often labeled a prophet (not only due to his work The Prophet), and the label is strangely befitting. He is not, however, a prophet of doom. Rather, Gibran embraces nature and humanity, and he sees hope in places where I would personally never bothered looking. He is contagiously optimistic, and even when he chastises, it comes across as an encouragement. For he truly encourages people to look not only around them, but also deep inside themselves and seek peace.

Whether one follows him on his musings through the Lebanese cedars, or atop a mountain while hiding from a tempest, Gibran is the light in the end of a tunnel, a guiding hand, and a father who comforts.

"Yesterday we were, and today we are!" Gibran says in one of the many masterpieces. A simple, yet powerful message. We are, we exists, we are aware. "Yesterday we were a toy in the hands of Destiny. But today Destiny has awakened from her intoxication to play and laugh and walk with us. We do not follow her but she follows us."

"Wisdom is not in words; Wisdom is meaning within words."

Gibran's words do not hide wisdom—they spread it right before your very eyes, from the first page to the last.

My words, however, struggle to portray what this book is and what it means. Gibran's writing is universal and dated in a beautiful way that makes it timeless. His words are a blessing, a comforting voice in the darkness of humanity.

Ruth Knox
5.0 out of 5 stars One of My All Time Favorites
Reviewed in the United States on March 11, 2018
Verified Purchase
Have always loved Kahlil Gibran's writings, and when I purged my library of precious books I had kept for decades, I found this in e-book format, and made the switch. He is as wonderful today as he was thirty years ago. Timeless thoughts, treasured words.
Read more
Helpful
Comment Report abuse

H. Phan
5.0 out of 5 stars Excellent
Reviewed in the United States on March 22, 2019
Verified Purchase
The rating is only about the physical product of the paper book, not the writing inside (which needs no introduction or review)
Read more
Helpful
Comment Report abuse

Georgia Aljawadi
5.0 out of 5 stars Good deal
Reviewed in the United States on May 17, 2019
Verified Purchase
Such a deal....it was in good shape.
Read more
Helpful
Comment Report abuse

Kynnie Campbell
4.0 out of 5 stars Four Stars
Reviewed in the United States on March 21, 2018
Verified Purchase
Good condition, but it's not imitation leather.
Read more
Helpful
Comment Report abuse
See all reviews from the United States

j.cahill-bryan
5.0 out of 5 stars Five Stars
Reviewed in the United Kingdom on May 25, 2016
Verified Purchase
excellent
Read more
Helpful
Sending feedback...
Thank you for your feedback.
Sorry, we failed to record your vote. Please try again
Report abuse

Duncan Quick
5.0 out of 5 stars Everyone should read " The Prophet "
Reviewed in the United Kingdom on December 14, 2014
Verified Purchase
It's always a spiritual pleasure to read Gibran the item was a good publication
Read more
Helpful
Sending feedback...
Thank you for your feedback.
Sorry, we failed to record your vote. Please try again
Report abuse
Load more international reviews

alistair iain fraser
5.0 out of 5 stars Five Stars
Reviewed in the United Kingdom on May 11, 2016
Verified Purchase
Inspirational
Read more
Helpful
Sending feedback...
Thank you for your feedback.
Sorry, we failed to record your vote. Please try again
Report abuse

David Rutledge
2.0 out of 5 stars Excellent collection all right, but very cheap paper.
Reviewed in Canada on February 10, 2016
Verified Purchase
Disappointed in the quality of the paper: like newspaper, which will probably yellow in no time. The text described a "beautifully bound collectors' volume". I ask myself how much more it would have cost to print it with decent paper.
Read more
Helpful
Sending feedback...
Thank you for your feedback.
Sorry, we failed to record your vote. Please try again
Report abuse

José Luis
5.0 out of 5 stars Inmortal writtings
Reviewed in Germany on May 25, 2012
Verified Purchase
The books of Khalil Gibran are unique, some words of inmortality in a world where everything has an expiry date. The book includes almost all of his most noticeable writtings. A book with deeper thoughts, beautiful language and as always in Gibran books, full with knowledge and a deeper meaning.
Highly recommendable.
Read more
Helpful
Sending feedback...
Thank you for your feedback.
Sorry, we failed to record your vote. Please try again
Report abuse

Amazon Customer
5.0 out of 5 stars Five Stars
Reviewed in Canada on May 5, 2016
Verified Purchase
Beautiful... Lovely poems and prose that make you appreciate everyday... You won't be disappointed...
Read more
Helpful
Sending feedback...
Thank you for your feedback.
Sorry, we failed to record your vote. Please try again
Report abuse