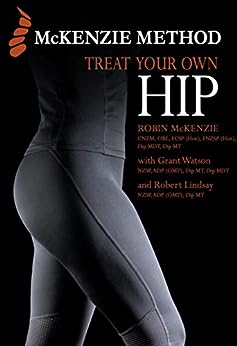 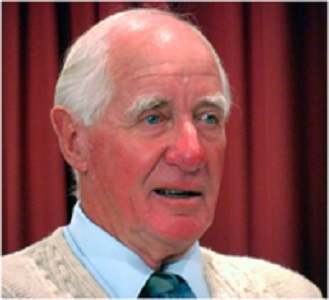 This is the fifth book in the best-selling Treat Your Own series, with the first two Treat Your Own Back and Treat Your Own Neck, being translated into 18 different languages and selling over 6 million copies worldwide.
The world-renowned McKenzie Method detailed in this book is a simple process that is proven to work.

This publication contains easily understood exercises and vital information to enable you to self-manage your hip pain and gives you an insight into the cause and effect relationship which helps to prevent recurrence of hip and related pain.

You can become independent of spinal manipulation or drugs that only treat the symptoms of your pain, and not the cause.

Just check out the research or the testimonials from readers who have found enormous relief from the "world's best-selling back book of all time".
Read more
Previous page
Next page
Due to its large file size, this book may take longer to download
Fire Tablets
Free Kindle Reading Apps
Available on these devices

Robin McKenzie is a world-renowned physical therapist who has spent the last 40 years perfecting the McKenzie Method. He was named Officer of the Most Excellent Order of the British Empire by Queen Elizabeth II in 1990. In January 2000, the Queen named him to an even higher order, a Companion of the New Zealand Order of Merit.

Jett
5.0 out of 5 stars TOP OF THE LINE SELF-TREATMENT, TRUST THIS BOOK
Reviewed in the United States on October 29, 2020
Verified Purchase
Ask any physical therapist about The MacKenzie Method, it's likely they have 3 or 4 of the author's books/manuals on their shelf. That alone is impressive, and says a lot about the respect the author garnered in his lifetime.
I've exhausted my own physical therapy sessions via insurance, and simple ultrasound, heat and manipulation haven't come close to what this book did for me. I spent a grand on PT, and under $15 for the book...bottom line...I won't be wasting time on PT anymore. Now, the book WILL tell you what to do and WHEN not to, and WHEN to see a doctor, so if you want a book that gives the BEST responsible guidance, with clear color pictures throughout the book, and outclasses every other book on HIPS....this is worth your investigation, just buy it.

Ky Woman
5.0 out of 5 stars Solution to my hip pain found!
Reviewed in the United States on March 30, 2021
Verified Purchase
Had left hip pain brought on by heavy boxes I carried improperly. Pain interrupted my sleep and made climbing steps a challenge. I am a RN snd bought this book and it has been a lifesaver!!!! This has a very thorough approach and if you follow the simple exercises you will make great strides if you are one his questionnaire says will benefit. I found when I got very serious about following a strict regimen to perform the exercises, I started seeing positive results.
Read more
26 people found this helpful
Helpful
Report abuse

Dougie B
4.0 out of 5 stars A book for the sedentary
Reviewed in the United States on February 13, 2020
Verified Purchase
Well written book that gives healthy exercise and lifestyle advice. I did not find the information ground breaking for me however because I am active, stretch, eat healthy, etc. This book is intended for the elderly or someone who is in pain from a sedentary, first world lifestyle. The best advice I got from this book is to never stay stationary for too long (i.e. sitting, standing, crouching, squatting, etc.). The tips for this specific subject has helped me reduce hip pain through out the day. It may be hard to justify $10 for such a simple book but it's better than spending over $200 for one week of physical therapy where you will be told the same advice your first week.
Read more
24 people found this helpful
Helpful
Report abuse

Hunter
3.0 out of 5 stars This helps to Stretch your Hip only, it does not strengthen your hip
Reviewed in the United States on April 3, 2021
Verified Purchase
If you are a few months away from having a hip replacement, don't believe for a second that this will save you from undergoing the operation. McKenzie may be the most famous physical therapist, but even he can't save you from osteoarthritis or worn cartiledge.
Read more
14 people found this helpful
Helpful
Report abuse

Kindle Customer
2.0 out of 5 stars Good content, could have been written in a 4 page pamphlet.
Reviewed in the United States on February 27, 2021
Verified Purchase
Spend the money and get a few good stretches, but the prolixity may drive you nuts. Or spend the money and talk to a good Physical Therapist.

5 stars for the stretches.
1 star for the induced tedium, heavily weighted as my time is valuable to me. So total of 2 stars.
Read more
14 people found this helpful
Helpful
Report abuse

Colleen Jarvis
5.0 out of 5 stars Colleen J.
Reviewed in the United States on February 28, 2021
Verified Purchase
Surgery should be a LAST resort. Try this book. The first time implementing these exercises I immediately felt some relief. I am 62 years old and 60 pounds overweight and need to lose this extra strain on my hips. I have been too lazy for too long. I want my active life back. I believe this book will help.
Read more
12 people found this helpful
Helpful
Report abuse

pen
1.0 out of 5 stars Be careful
Reviewed in the United Kingdom on February 12, 2022
Verified Purchase
Started using these exercises and my hip rapidly became much worse. Saw a physio who said never do the lunges! So use with care! Luckily I stopped before the damage was irreversible
Read more
Report abuse

Amazon Customer
5.0 out of 5 stars Brilliant you can get this book from Amazon.
Reviewed in the United Kingdom on December 7, 2020
Verified Purchase
So pleased to get the set of these books from Amazon. They are great exercises. They are written by a great man!
Read more
Report abuse

Glen Vautour
5.0 out of 5 stars Great information
Reviewed in Canada on December 28, 2020
Verified Purchase
Great information and easy to understand. I read this book in two hours. Very reasonable regimen to help with my hip pain.
Read more
One person found this helpful
Report abuse

John Paterson
5.0 out of 5 stars Very good Information
Reviewed in Australia on May 23, 2020
Verified Purchase
It had everything you need to know about Arthritis in the hip and how remedy the pain, Great Book I’d recommend it to anyone
Read more
Report abuse