Treatment of Dissociative Identity Disorder and millions of other books are available for Amazon Kindle. Learn more
Share <Embed>
Have one to sell?
Sell on Amazon 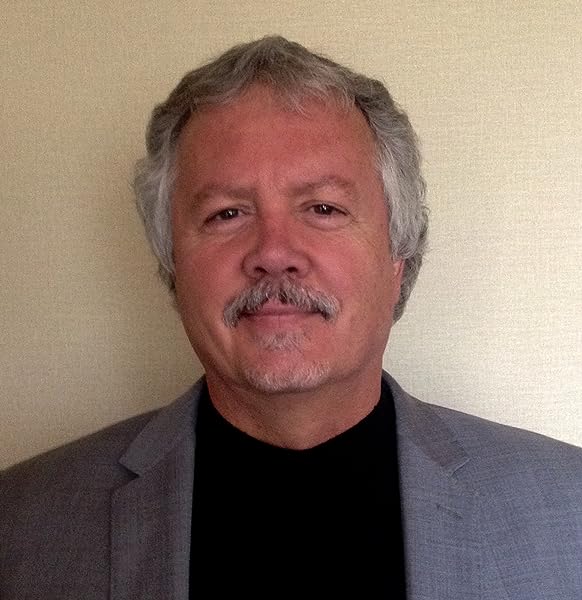 by Colin A. Ross (Author), M.D. (Author)
4.4 out of 5 stars 102 ratings
See all formats and editions
Sorry, there was a problem loading this page. Try again.

In Treatment of Dissociative Identity Disorder, Dr. Ross provides techniques and strategies for stabilization of persons with the disorder. The book is designed to be practical and useful. It is written particularly for the therapist new to dissociative identity disorder (DID) who needs brief, to-the-point guidance on how to begin working with someone with DID. The book includes many therapist-client dialogues that illustrate the techniques and strategies Dr. Ross has learned over the years. Therapists: a great companion book to Treatment of DID is Dr. Ross' latest: Be A Teammate With Yourself. An excellent helpful resource for your clients.
Read more
Previous page
Next page

Colin A. Ross, M.D. is the author of over 200 peer-reviewed papers in professional journals, most of them dealing with trauma and dissociation. His books include Dissociative Identity Disorder. Diagnosis, Clinical Features, and Treatment of Multiple Personality; Structural Dissociation. A Proposed Modification of the Theory; The Osiris Complex. Case Studies in Multiple Personality Disorder and Trauma Model Therapy. A Treatment Approach for Trauma, Dissociation and Complex Comorbidity. He is the Past President of the International Society for the Study of Trauma and Dissociation.
Start reading Treatment of Dissociative Identity Disorder on your Kindle in under a minute.

Colin A. Ross, M.D. received his degree from the University of Alberta in 1981 and completed his psychiatry training at the University of Manitoba in 1985. Dr. Ross is an internationally renowned clinician, researcher, author and lecturer in the field of traumatic stress and trauma related disorders. He is the founder and President of The Colin A. Ross Institute for Psychological Trauma. Besides his work at UBH Hospital in Denton, Texas, Dr. Ross consults to Trauma Programs at Forest View Hospital in Grand Rapids, Michigan and Del Amo Hospital in Torrance California. He has authored over 200 professional papers and 28 books. He has reviewed for numerous professional journals and is a Past President of the International Society for the Study of Trauma and Dissociation. In addition, Dr. Ross has served as expert witness in over 50 court cases, consulted on several cable, movie and video productions and has produced six educational DVD's and CD's for mental health professionals on the treatment of trauma based disorders. Visit his web site at www.rossinst.com.

The video posted on this page is the first five minutes of a 56-minute film produced by Dr. Ross, which is narrated by Chris Costner Sizemore, the Real Eve of The Three Faces of Eve. Dr. Ross has just released an updated version of his biography of Chris Sizemore under a new title, The Control of Eve.

KAtTIE SIVLEY
2.0 out of 5 stars Not for patients
Reviewed in the United States on October 8, 2019
Verified Purchase
This is good for therapists unfamiliar with DID, but was not useful for me. He mentioned coming out with a book of homework and worksheets to help people with DID, this is what I was hoping for in this book
Read more
10 people found this helpful
Helpful
Report abuse

KBagain
1.0 out of 5 stars Meh, more like an article for school age children
Reviewed in the United States on August 21, 2021
Verified Purchase
I was very disappointed in this book. Colin Ross is one of the experts in this field, but this book was written in such a silly tone of voice, it just grated on my nerves. Like too many other books on this topic, the author made it sound like healing from such a terrifying disorder is so simple. You just sit down and have a few friendly chit chats and you’ll be good to go in no time.

It was also very very short. More like an article, really, and not very well done.

A waste of money and time. This author is capable of much better.
Read more
Helpful
Report abuse

Rick and Ashly
5.0 out of 5 stars Best reference I've seen so far!
Reviewed in the United States on January 14, 2020
Verified Purchase
Written in layman terms and practical. One of the few compilations of DID treatments that works every time. Practical and easily read in 2 hours.
Read more
3 people found this helpful
Helpful
Report abuse

Ang
5.0 out of 5 stars Practical and usedul
Reviewed in the United States on January 26, 2020
Verified Purchase
Practical and useful information, and more common sense than most books on the subject. Finally, someone gets it. Thank you.
Read more
3 people found this helpful
Helpful
Report abuse

Kristi
1.0 out of 5 stars Rip off
Reviewed in the United States on August 24, 2021
Verified Purchase
I thought it was a book. The price is equivalent to more like a textbook size. Instead it barely is a booklet or leaflet. At most it should maybe be priced at 6 bucks. I'm mad I wasted my money.
Read more
Helpful
Report abuse

S. M. Cahill
5.0 out of 5 stars great summary of how to treat DID by one of the leaders in the field
Reviewed in the United States on October 31, 2021
Verified Purchase
I am an experienced DID therapist and I liked everything about this book. It’s short, direct, with excellent clinical examples and no excess talk. If you ever wonder if you have a patient who might be DID, or if you treat patients with severe dissociative disorders but may not be DID, or even if you are a relatively experienced ‘trauma-informed’ therapist, this book will be enlightening and enjoyable for you.
Read more
Helpful
Report abuse

marsha
5.0 out of 5 stars If you treat DID, get this book!
Reviewed in the United States on April 6, 2022
Verified Purchase
DID is a challenging disorder to treat and can be demanding. This book gives excellent guidance and tools to use. A must-have!
Read more
Helpful
Report abuse

Karen O'Malley
5.0 out of 5 stars Great material
Reviewed in the United States on December 26, 2021
Verified Purchase
Good insight.to.DID. re commend if you are just beginning or wanting to know more about DID. EASY TO FOLLOW !
Read more
Helpful
Report abuse
See all reviews

That Girl There
5.0 out of 5 stars Interesting read
Reviewed in Canada on June 24, 2021
Verified Purchase
As a person recently diagnosed with DID, I have been looking into as much as I can and came across this book. It is written for a therapist just starting out in DID cases, but it helped me to understand it too as I don’t have a therapist yet but working with my psychiatrist. It was a quick and easy-to-understand read and will suggest this book to my psychiatrist as well.
Read more
Report abuse

Sarah Swannell
5.0 out of 5 stars Great summary
Reviewed in Australia on April 17, 2021
Verified Purchase
Excellent summary of working with DID and provides a great map for the essential topics to explore in more detail.
Read more
Report abuse
See all reviews