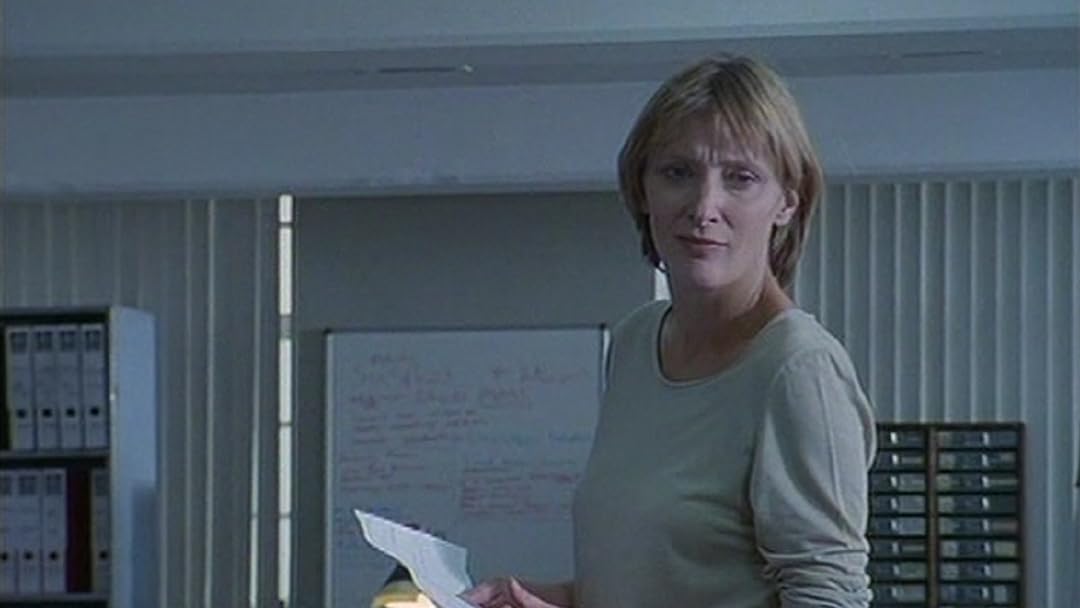 VWReviewed in the United States on November 22, 2017
2.0 out of 5 stars
Too Much Distracting On-Screen Glitz
Verified purchase
I stopped watching this show in the middle of season (or was it episode?) one, because of the split screen mess. Two screens, three screens, the same screen split down the middle. What for? To make the action more intense? more exciting? more real life? Not necessary and distracting, pure glitz that adds nothing. I hated what could have been a good show, had they just allowed the story to be itself and play out. Maybe they ditch this device in later seasons. I'm not sure I want to find out.
5 people found this helpful

shirlyujestReviewed in the United States on February 18, 2013
3.0 out of 5 stars
IT GETS BETTER WITH AGE!
Verified purchase
The "hero" of this series is probably one of the most obnoxious people you'll ever watch on tv. He's a little Napoleaon, mean, mean spirited and not a little misogynistic. However...as the series progresses we see LaPlante - the creator/writer - finally making him a LITTLE more tolerable. Also, around volume six the actress playing the female lead changes and frankly, it's for the better.

There is one weird thing I've discovered about Amazon...when I watch this on my computer I have all of the volumes (about 20, I think, with two episodes in each volume) but when I stream it on my tv, a number of the episodes just disappear. Can't access them...weird and annoying.

Anyhow, if you like police detective shows from the UK with a bit of a twist, this one is pretty good as it ages. The early shows only rate a 3 star but the later ones I'd give a 4/5 star rating.

chloemomReviewed in the United States on October 24, 2017
4.0 out of 5 stars
No closed captioning?
Verified purchase
Intense drama. Really gruesome stories. Well acted. I really wish there was closed captioning!!!
3 people found this helpful

Donegal DanReviewed in the United States on January 24, 2009
4.0 out of 5 stars
Engrossing but Grim Series
Verified purchase
This is another in the gritty and grim school of British police dramatic series. The actors are all excellent and the relationship between the two leading officers is compelling if somewhat wearying, since they seem to have a hell of a time dealing with each other. The depiction of police work is excellent although it brings nothing really new to the genre. There is not a great deal of humor to be found in this series, and it could use some because its stories are quite grisly, especially the first two episodes. Overall, this is a series that will certainly hold your attention and keep you on the edge of your seat if you have the stomach for it.
17 people found this helpful

BILLY.BUMBLERReviewed in the United States on April 24, 2014
5.0 out of 5 stars
Trial and Retribution keeps you on the edge of your seat...
Verified purchase
They compare this to law and order.... but I say it is "Criminal Minds" mixed with Law and Order. Why the PBS stations do not have this on their schedule is their loss. They are finding out the British shows are their bread and butter but don't bring the tried and true to our televisions for viewing. Some scenes are very graphic, but does not take away from the quality of the show. Personally, if you are comparing this to the Law and Order in recent years.... there is no comparison. This is much, much, much better. That's how I feel and I now have all the Episodes....
2 people found this helpful

Bruce MillerReviewed in the United States on December 12, 2012
5.0 out of 5 stars
I loved it and want to purchase the other episodes
Verified purchase
I bought the season one episodes just to see how I would enjoy the story. I wish that I had the others ! It was fabulous, clever plots, great acting, comedy and drama all rolled into each story.
Amazon does not have a deal on the other sets, so it is purchase each episode/series individually. I plan on doing this as soon as the ship is in a port where mail might reasonably reach us in somewhat of a timely fashion. it was an excellent series with all of the clever twists and turns with surprise endings. I am hooked on Trial and Retribution. If they are halfway as good as series one, it should be a home run !

God loves a terrierReviewed in the United States on November 18, 2009
4.0 out of 5 stars
Always left hanging
Verified purchase
The acting is outstanding. The stories are gritty and true to life. Most aspects of this series are excellent. The constant use of split screen technique...not so much. It becomes distracting and does little to enhance story telling. What hurts this series most are the endings. We are left waiting for some sort of an answer at the end of each and every episode, instead we're left watching that black screen with the credits rolling. Note to Lynda LaPlante "A little payoff for the audience please, after all the emotional investment in the well drawn characters we want some retribution".
One person found this helpful

SgbReviewed in the United States on June 19, 2021
5.0 out of 5 stars
Great series
Verified purchase
Loved this Season 1 so much I ordered Season 2
See all reviews
Back to top
Get to Know Us
Make Money with Us
Amazon Payment Products
Let Us Help You
EnglishChoose a language for shopping. United StatesChoose a country/region for shopping.
© 1996-2022, Amazon.com, Inc. or its affiliates