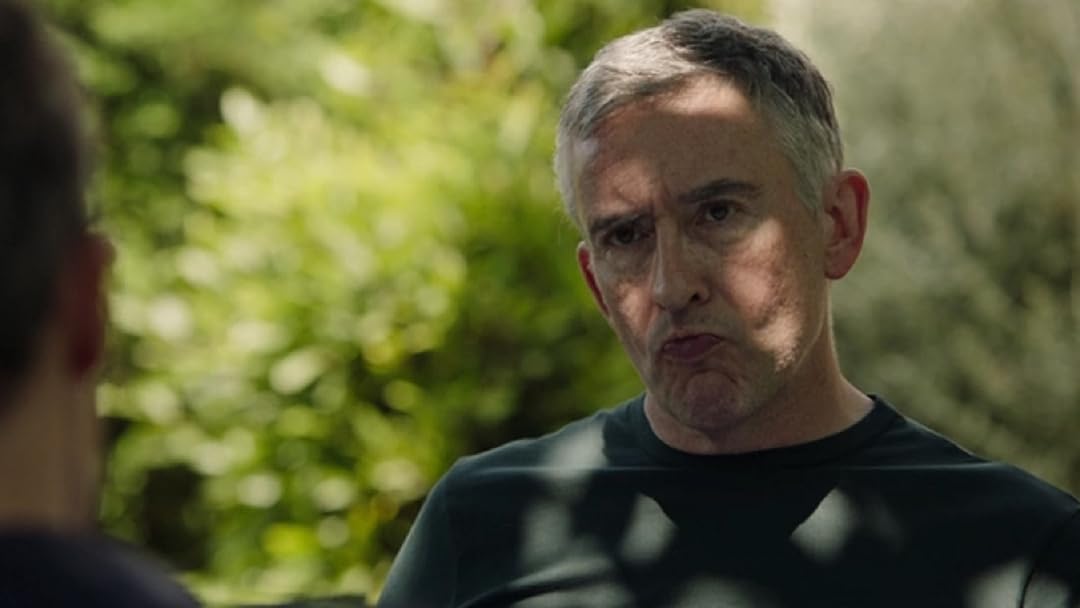 The Trip to Greece

(1,777)
6.61 h 43 min2020X-RayNR
Steve Coogan and Rob Brydon reunite in Greece for the fourth installment of THE TRIP series in a delightful odyssey of gut-busting comedy. From director Michael Winterbottom.

J. BermanReviewed in the United States on May 24, 2020
5.0 out of 5 stars
There Are Two Types of People
Verified purchase
Anyone who's seen and enjoyed any of the previous iterations of these Trip To films will love this one. And anyone who is looking for a 'gut-busting comedy' and doesn't want to see two middle-aged guys bantering, with allusions to films and actors and history and authors, will hate it. OK?
43 people found this helpful

E. BakerReviewed in the United States on June 5, 2020
1.0 out of 5 stars
This is not a travel movie!
Verified purchase
We rented this movie thinking it would be more of a travel movie about Greece, with some commentary & comedy thrown in. Instead, it's a lengthy dialogue between two guys who THINK they are very clever, but who just come across as insufferably pompous. The fact that the dialogue takes place in Greece is almost beside the point, as they could be eating lunch, or driving in a car, almost anywhere. There is very little attempt to actually show us Greece.

It may be due to the fact that, as an American, I don't already know these two guys, and sometimes my sense of humor doesn't quite align with the British sense. The show reminds me a bit of Jerry Seinfeld's "Comedians in Cars Getting Coffee", except that Jerry and his guests are aware that they are basically full of baloney, while these two actually seem to take themselves seriously. We turned it off after 40 minutes, wishing we hadn't wasted the money.

J. WilsonReviewed in the United States on June 1, 2020
5.0 out of 5 stars
A Journey from Laughter to Love
Verified purchase
Oddly, this reminds me of Renoir’s films—the startling shifts in tone, the affectionate interest in minor characters, the sense of surveying a broad spectrum of human life. History here is constantly offered in multiple registers: ancient again contemporary, mythic against personal, prestige culture against popular culture. Director Michael Winterbottom also lures us into contemplating this heady mix via sensory pleasure—gorgeous scenery and food, plus Philip Glass’s music. As much as I enjoyed watching this on a small screen, I’d love to see it on a big screen where I could feel completely enveloped by Winterbottom’s vision.
9 people found this helpful

Sally PeabodyReviewed in the United States on June 1, 2020
1.0 out of 5 stars
Total BS. Nothing About Greece Except that the actors are there.
Verified purchase
I travel to Greece frequently and love the variety of experiences, the food, the history, the people there. This movies is great if you want to watch two narcissistic (often very loud) actors who literally could be anywhere. They never tell you where they are... tell you about the gorgeous food they are eating in very high end restaurants. No tavernas for these guys. There are some vague references to following Odysseus... but no connection to the story line which is nonexistent. This movie is a total waste of time if you are interested in Greece. If you want to watch two pattering self centered guys who show zero cultural awareness or appreciation this might be fun. Otherwise.... save your $$.
8 people found this helpful

GeorgiosMReviewed in the United States on May 25, 2020
3.0 out of 5 stars
Not really worth $5.99
Verified purchase
As I had feared, there is way too much talking and joke telling, much of which was indiscernible. My other complaint is they never really said where they were or showed a map. It is only because my wife and I have been to the island of Hydra and the lovely port of Limeni in the Peloponnese that we knew where they were. The other places, not so much.

On the plus side, when they aren't being filmed talking, the photography of the scenery is excellent. If you are interested in travel in Greece, look no further than the My Greek Odyssey series (free!) on Amazon Prime. Extremely well done. Several episodes, two seasons so far, each episode about 45 minutes.

Deborah FrenchReviewed in the United States on May 23, 2020
1.0 out of 5 stars
Waste of time
Verified purchase
This is the first of this series I've watched and maybe you need to be a big fan but I was hoping to hear and see more of Greece. I found their incessant chatter very boring and self absorbed. I saw more of them eating in high end restaurants than of real Greece, and I live there!
9 people found this helpful

PortlandiaReviewed in the United States on May 24, 2020
5.0 out of 5 stars
Beautiful, witty film
Verified purchase
This movie is the fourth trip film featuring Steve Coogan and Rob Bryson and is perhaps the best. It is especially enjoyable while we are keeping social distance to watch their extensive travels by car and boat, eating gourmet meals in picturesque patio restaurants and singing in a watery cave. Their impersonations of actors are laugh out loud funny and the reference to Odysseus, the hero of Homer’s epic poem, enriches the storyline.
10 people found this helpful

Robert DavidReviewed in the United States on June 2, 2020
5.0 out of 5 stars
Par For The Course
Verified purchase
If you're well versed in classic films and actors; if you take note of some of the more famous lines in motion pictures, then you'll appreciate the subtle - and not-so-subtle references that make up the humor in The Trip series. This iteration is no exception. Rob and Steve are masters of impersonation. This isn't slap stick, or raunchy. It's just about two friends on working tour of Greece. It consists of hilarious conversations while enjoying good food, amid some beautiful scenery. Of course, there's a more serious and personal story woven into the funny parts, all of which offers a perfect balance and weight to the film and series.

If you're a fan of previous Trips, you'll like this one, too. If you haven't seen them, I recommend watching the first one, then the rest.

6 people found this helpful
See all reviews
Back to top
Get to Know Us
Make Money with Us
Amazon Payment Products
Let Us Help You
EnglishChoose a language for shopping. United StatesChoose a country/region for shopping.
© 1996-2022, Amazon.com, Inc. or its affiliates