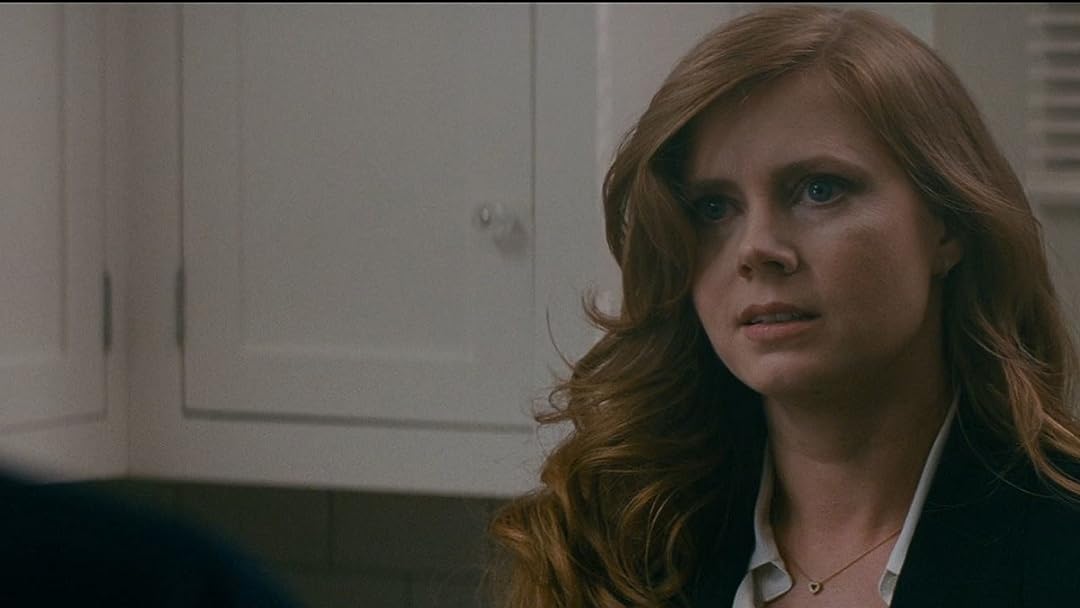 Trouble With The Curve

(6,201)6.81 h 51 min2012X-RayPG-13
An expert but aging baseball scout is joined by his daughter on his latest trip. Forced to spend time together for the first time in years, each reveals long-held truths about their past.

qqqwqwqReviewed in the United States on January 24, 2020
4.0 out of 5 stars
while i love the movie,, whats the deal about commericals in rented movies
Verified purchase
when did amazon decide to start to put commercials into the movies we rent, i rent movies so i don't have to see no damm commercials , hell might as well watch regular tv.. why pay for the shows,,,, the movie i loved the way they are doing this is sneaky ......
15 people found this helpful

Ms. Fancy PantsReviewed in the United States on April 22, 2017
4.0 out of 5 stars
Another Great One With Clint
Verified purchase
This is a great, fun film about tension/dysfunction between father and daughter and how they deal with their relationship while the father scouts baseball players. Amy Adams' character shows her growth from feeling closed off personally to understanding her relationships with people. And Clint is, well, Clint. He's always great in everything he does and doesn't disappoint in this one. He's the crusty old father who tries, not very hard, to relate to his daughter. It's a movie of family drama and healing and very well done with very believable characters.
13 people found this helpful

joel wingReviewed in the United States on September 9, 2021
4.0 out of 5 stars
Old vs new school baseball scouting with Clint Eastwood as the perfect grumpy old man
Verified purchase
Trouble With The Curve is about the clash between the old and new in baseball. Clint Eastwood is an aging scout who is losing his sight. He’s tasked with checking out a hot new player which might be his last job if he doesn’t call it right. He’s up against Matthew Lillard who relies upon computers and statistics.

By this time Eastwood had the grumpy old man part down pat and he pulled it off again here. There’s one scene where he can barely get his car out of his garage and is throwing down all kinds of insults about why he can’t drive.

Eastwood is paired with his daughter Amy Adams which he has ignored most of her life. That of course leads to the conflict in the story.

Justin Timberlake also appears as a scout for another team and I actually like him in this part. Sometimes he annoys the hell out of me but here he’s tempered and on point.

I really enjoyed this film and the characters. It had some great writing and an interesting plot.

Bobbie4applesReviewed in the United States on September 11, 2021
3.0 out of 5 stars
Weekend Worthy Film *Some spoilers*
Verified purchase
Wow, I didn't even realize that Clint Eastwood's son was in this film until the end. Scott even looks like his father from certain angles. I don't know much about the director, but it's an okay film. 3 stars out of 5 is still above average right? The film just didn't meet my expectations. For example, I spent the entire length of the film waiting for Rigo Sanchez to reappear after his mother scolded him (@26:46). More than an hour later, Sanchez reappears (1:34:45). It was pretty obvious that this kid was going to be an important character, but I was anticipating his return for what seemed the entire film (literally). Audience anticipation is great, but this was poor screenplay writing in my opinion. All said and done, Eastwood, Adams, and Timberlake gave good performances. Goodman was also greatly appreciated.

Nick B.Reviewed in the United States on January 1, 2017
4.0 out of 5 stars
CORRECTION: Original review "I liked it" by TreyRoo1
Verified purchase
My review is a correction of TreyRoo1's review: "I liked it".

TreyRoo1 provided a great, insightful film review overall. In his review, TreyRoo1 incorrectly states that Matthew Lillard's character is John Goodman's character's boss. This is incorrect, as Pete Klein, played by John Goodman, is actually Phillip Sanderson's colleague (played by Matthew Lillard), since Phillip is also a scout, one that Pete notes has never watched a player actually play on the field, instead relying on computer statistics. Also, TreyRoo1's review claims that Gus informed his daughter, Mickey, that his sight was failing him. This is inaccurate, as Mickey states in an earlier scene that she had called the longtime family doctor about her father, Gus', health, and he had filled her in. Though the audience is not told explicitly what was shared, audiences can reasonably conclude that the doctor shared with Mickey about her father's condition, macular degeneration, early onset glaucoma, etc., since this was the only news the doctor had to share with Gus during the visit. At best, we can see Gus confirm what the doctor had already shared with Mickey.
2 people found this helpful

BrandiReviewed in the United States on September 20, 2016
5.0 out of 5 stars
At least a triple
Verified purchase
I normally do not like movies about sports. I love sports; just not movies about sports. That being said, this film was not so much about baseball as it was about a father and daughter relationship.
It also touched on how technology has taken over the human element of scouting for players. This film is the complete opposite of Money Ball, where technology actually helps in building a team. Gus Lobel (Clint Eastwood) is an aging scout for the Atlanta Braves who is struggling with his eyesight and the front office has doubts about whether or not he is still up to the job of spotting up and coming talent. Because of this affliction, Gus is a grumpy old man which actually adds a lot of humor to the film. His character kind of reminded me of the character that Eastwood played in Grand Torino. His daughter Mickey (Amy Adams) discovers that her father is having difficulty, reluctantly takes on the roll of caregiver and follows her father on his scouting adventure. Incidentally, she knows more about baseball than probably anyone else in this film. Johnny Flanagan (Justin Timberlake) is an aspiring sports announcer who was scouted by Gus years ago. The relationship that develops between Mickey (named for Mickey Mantle) and Johnny is fun to watch and provides some insight to Mickey's reluctance to develop a serious relationship with any man. Pete Klein (John Goodman) plays the mediator role that brings Mickey and Gus together. I really liked his unyielding devotion and trust to Gus. It was also good to once again see Scott Eastwood (Billy Clark) act alongside his father. They have acted together in several films, and it was good to see them spending some family time together. I think that the entire cast definitely made this film better and I am sure that it will draw young viewers to the theater. I do not think that this film was utterly brilliant, but it was thoroughly entertaining. There were aspects of the film that were totally predictable, but I looked forward to seeing it play out. Director Robert Lorenz may not have hit it out of the park (like he did with Million Dollar Baby), but I think that it is a definite triple play. I recommend that you do not sit on the bench and go out and see this film. I give this film a green light.
5 people found this helpful

DemetreReviewed in the United States on October 10, 2017
5.0 out of 5 stars
I can't stand AMY ADAMS but this movie proved me wrong, sleeper movie with a lot of famous actors and depth. That ending twist!!
Verified purchase
Oh wow, this is coming from a guy that can't stand Amy Adams and not really a baseball fan but I rented it for 99 cents and near the end there is a surprise twist that I bet 100% no one expected and I ended up buying it. Damnn this movie has depth and makes you like Amy Adams and she actually makes this movie better then East Wood, Timberlake & John Goodman combined. This is definitely a sleeper movie with romance and hope and hard work and but the right choices can make a difference. That ending twist put a smile on my face and the look of that D-BAG batter that was making fun of the foreigner peanut boy "ROASTED HIS A$$!
3 people found this helpful

JWalterGReviewed in the United States on August 24, 2020
2.0 out of 5 stars
Maybe Clint Eastwood's worst movie ever
Verified purchase
Awful. Cartoon characters. The villains are such bad cliches that it's not even funny. This needs to be advertised as a chic-flic rom-com so customers know what they are getting. One day after she gets dumped by her boyfriend, Amy Adams is kissing Justin Timberlake. Female fantasy that will not appeal to either Clint Eastwood fans or to baseball fans. Would give it 1-star but added another star because it's family-friendly with no bad material except a couple swear words. They go skinny-dipping with their clothes on. So that's a plus.
See all reviews
Back to top
Get to Know Us
Make Money with Us
Amazon Payment Products
Let Us Help You
EnglishChoose a language for shopping. United StatesChoose a country/region for shopping.
© 1996-2021, Amazon.com, Inc. or its affiliates