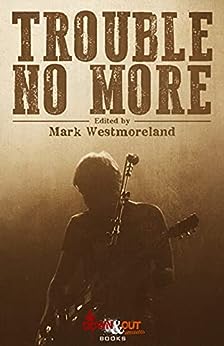 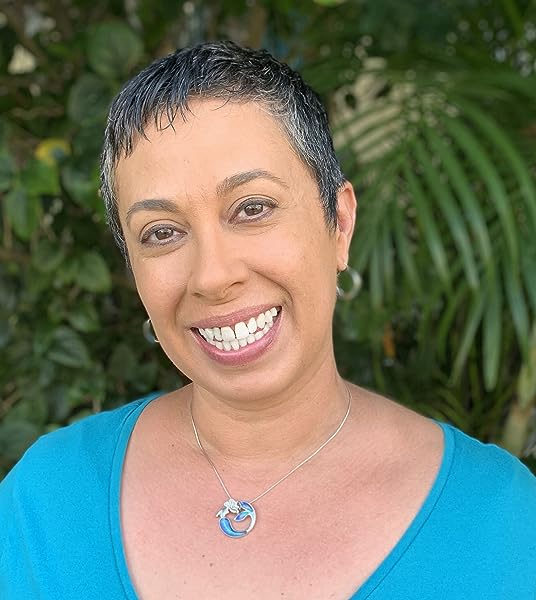 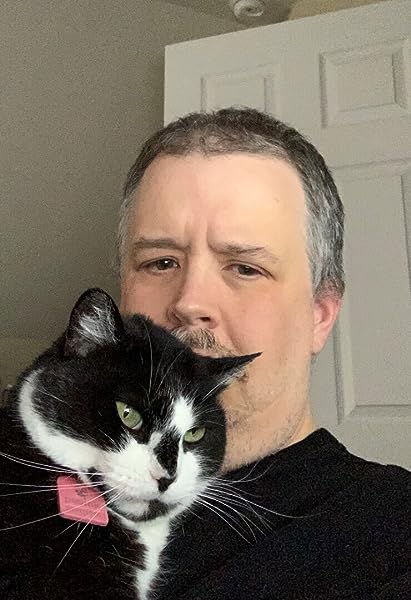 by Mark Westmoreland (Author) Format: Kindle Edition
See all formats and editions
Sorry, there was a problem loading this page. Try again.
Turn on any classic rock station, and you’ll hear Southern Rock tunes that will make you stomp your foot and sing along to. The hard-rocking pioneers of the genre left behind a legacy of hard living that endures today.

The stories in Trouble No More celebrate those pioneers. Find ramblers, gamblers, swindlers, and double-dealers within these pages, all striving to survive more than the Southern humidity.

The authors bring the rough living of the Southern Rock genre to the page, and communicate the ache of the blues. There are twenty-one stories of heartbreak, murder, robbery, and barnyard brawls.

Rob D Smith
5.0 out of 5 stars The Road Goes On Forever
Reviewed in the United States on November 20, 2021
Verified Purchase
All you can find in this Southern Rock-themed collection are stories about troublemakers. Repentant perhaps but doing dirt nonetheless. It’s not in their nature to rise above their worries and heartache. These characters do what they do best when their backs are up against it. They fight back. They brawl. They cheat. They steal. They scrabble for their immortal souls.

Jim Thomsen
4.0 out of 5 stars A Gator-Bite-Good Grab Bag of Bloody Grit Lit
Reviewed in the United States on June 8, 2022
Verified Purchase
Southern crime fiction, aka Grit Lit, is having a moment right now, and it seems as though a growing numbers of genre readers can't get enough of bars and brawls and booze and bottleneck blues and bent Bible thumpers and broke-dick badasses in ballcaps and bottle blondes who make men bay like bloodhounds under a balmy moon to the point that the craft competence of the stories that supply them are almost beside the point.

A paean to blackout drinking, roadhouse brawls, bumbling criminals, clay-dirt graves, and women with two first names, and drawls and Deddys and bad dental hygiene, TROUBLE NO MORE tips a broad grinning gap-toothed wink at the clichés of Grit Lit while wrapping itself around them in the name of authenticity and defiantly proud tribal identity. Capably curated and edited by Mark Westmoreland, these twenty-two tales of moonshiney mayhem serve up the backwoods tropes like bourbon from a bottomless well, and the fact that almost every story in it is better than fair is a nice bonus for this Anthony Award-nominated story collection. (A few feel undercooked from the start, and a few others have premature fadeouts or wet-fizzle endings. But that's par for the anthology course.)

My personal favorites are the lineup's last three — Michel Lee Garrett's twisty, twisted tale of kidnapping and revenge, "Born A Ramblin' Man"; Bill Baber's "One Way Out," a nasty spin on the timeless lover-kills-the-husband tale; and "Whipping Post," by Bobby Mathews, a she-done-me-wrong tale that's loaded with rich pulpy Southern texture — but, really, you can find something to enjoy in almost every one of the lurid and langorous stories within, whether they're from brand names like Brian Panowich and S.A. Cosby or Michael Farris Smith, or from comers like Raquel V. Reyes, Nikki Dolson and N.B. Turner.

I'm a connoisseur of stick-the-landing lines, and boy howdy, were there some 10.0s to choose from. My favorites:

“The saloon wasn’t nothing but a neon smear. Miller Time and Bud Light, PBR in cold longneck bottles. Smoke so thick you could almost stand on it, the juke playing low-down hurting cheating songs and the sound of billiard balls clicking hard and falling home. The ceiling was brown with tobacco stains and the paint on the walls had been unevenly applied so that it bubbled up and peeled away from the sheetrock. Framed Alabama jerseys hung askew on the walls alongside posters for the Allman Brothers and Molly Hatchet and the Drive-By Truckers.” (From Bobby Matthews' "Whipping Post")

"The bottle of Jack twists open, cracking like a boxer’s knuckles. It’s a beautiful sound to me: speaks of possibility, newness, things yet untouched. Breaking the seal sounds like hope, and it feels like the only hope I have left. One sip and I start to pretend I’m home again.” (From "High Cost of Low Living" by N.B. Turner)

“He came to Nashville by way of Mississippi for the same reason everyone else comes to this city. But it only took him about three months to find out no one wants to offer a recording contract to a short, bald, meathead country singer with a homoerotic fixation on Elvis.” (From "Statesboro Blues" by Brian Panowich)

“They watched pro wrestling and tried not to think about money.” (From "A Trailer On The Outskirts of Town," by J.B. Stevens)

“All your life, you done used them hands to hurt and maim. Drink your rotgut and smoke your left-hand cigarettes. Take the virtue of good women just as easy as you take off they panties. Sling your dope and beat people right down to the ground. All I’m asking is once in your life full of inequity you use that Devil inside you for something good.” (From S.A. Cosby's "Not My Cross To Bear")

“So, I was passing this warm, humid Saturday night in May at the Mule Camp Tavern, sipping a good quantity of Kentucky’s finest. Bud Miller and the Tallboys were cranking out some down and dirty blues. As you might expect, if you spent all week plucking chickens then getting drunk, a brawl or two broke out. That sums up Saturday nights in Gainesville.” (From "One Way Out" by Bill Baber)

“Lazy son o’b*tch. I’m fixin’ to break this door down and raise your scrawny *ss from that bed like one of my mama’s cat head biscuits on a Sunday morning.” (From "Multi-Colored Lady" by Raquel V. Reyes)

“I didn’t just kill people. I did a lot of things over the years. Hijacked liquor trucks, collected protection money. I think Seamus got some kind of a bang out of having a woman enforcer working for him.” (From Joseph S. Walker's "Things You Used to Do.")

“A passerby might’ve believed them to be wine-drunk or addled by spirits cast out across the land by spittle-mouthed ministers.” (From "Woman Across The River" by Brodie Lowe)

“Meatloaf Moody kicked my trailer door off its hinges and barged into the living room.” (First line of "Trouble No More" by Mark Westmoreland)

“He looked like Jesus would, if Jesus opted to dress like a Flying Burrito Brother.” (Brian Panowich)

“I guess I just wanted to find me a white boy like you did. Someone to sweep me off my feet and pay for everything. Is he cheating on you yet?” (From Nikki Dolson's "Low Down Dirty Mean")

“It was one night on this southward ramble, passing through some nameless patch of country lost to time, that Ray stumbled into a vagrant’s oasis: a roadside plaza boasting diesel pumps, a liquor store, a slasher flick motel, and a so-called gentlemen’s club named Filthy Billy’s.” (From "Born A Ramblin' Man" by Michel Lee Garrett)
Read more
Helpful
Report abuse

Frozen_Lizard
4.0 out of 5 stars Better than average collection of short stories
Reviewed in the United States on December 17, 2021
Verified Purchase
Anthologies by nature are a mixed bag, especially those that are assembled around a particular theme; this collection of short stories based on and inspired by Southern Rock and the Blues is not too bad (which considering that the label "Southern Rock" is a whole other mixed-bag means its actually pretty good). Most of the stories fall into the "inspired by... " category with a few that are more directly based on the titular songs.

Over twenty country flavored and noir-ish crime fiction stories featuring hard-luck heroes, three-time losers, good ol' boys, good-time girls, night time ladies, and all the accompanying nitwits, misfits, and malcontents who are just plain mean and stupid. It's like a trip back home (don't ask!) without all the hassles and the travel costs.

There was only one story in the bunch I didn't like at all, most were better than average, and a couple were outstanding (In Memory of Elizabeth Reed by C.W. Blackwell for one). If you like crime fiction with an edge, more rural than urban, with country roots and rock sensibilities, then you'll probably enjoy this collection.
Read more
Helpful
Report abuse

Bobby Mathews
5.0 out of 5 stars An inclusive, diverse anthology of crime fiction based on Southern rock
Reviewed in the United States on November 16, 2021
Verified Purchase
This book, headlined by award-winning and bestselling authors like S.A. Cosby & Brian Panowich, is inspired by the songs of the Allman Brothers Band. The stories are as unique as the authors, whose interpretations of those works vary greatly. Multi-award winner Art Taylor's in there too, along with novelists Chris Swann and Curtis Ippolito. Raquel Reyes, Nikki Dolson, and Jessica Laine are just some of the emerging voices whose work holds up well along with the headliners.
Read more
One person found this helpful
Helpful
Report abuse

Cat
3.0 out of 5 stars Not my genre
Reviewed in the United States on December 11, 2021
Verified Purchase
I bought this because a friend of mine has a short story published in this collection. I enjoyed his tale, but not the genre.
Read more
Helpful
Report abuse

John Bartholomew Stevens
5.0 out of 5 stars An impressive bunch of stories
Reviewed in the United States on November 16, 2021
Art Taylor’s story “Little Martha” was a masterclass brevity. I didn’t know it was possible to pack so much experience and emotion in such a short space. It was amazing and humbling, the volume is worth purchasing for that story alone.
Read more
6 people found this helpful
Helpful
Report abuse