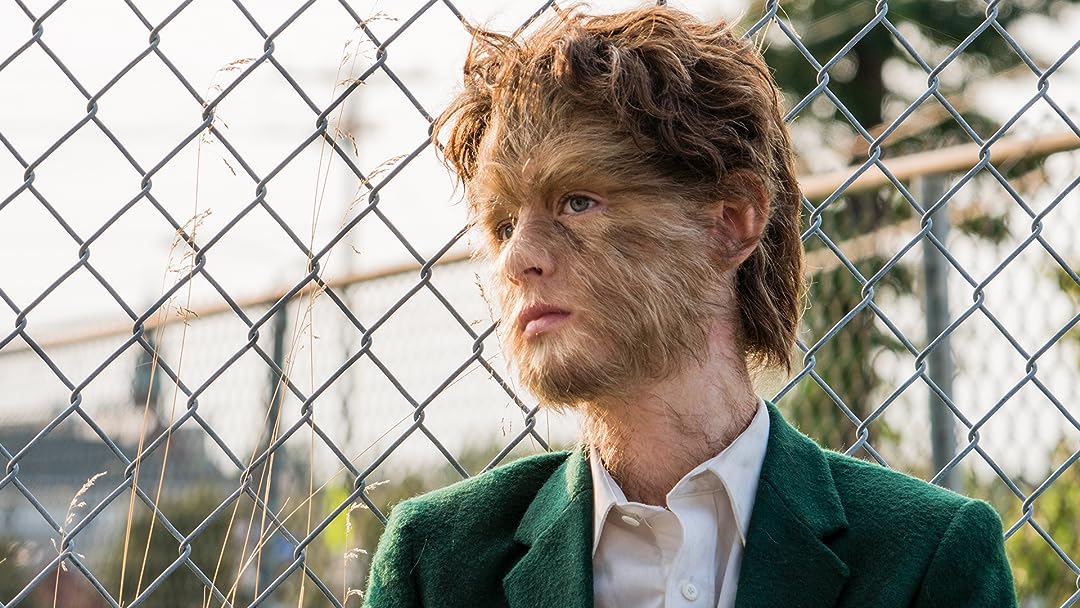 The True Adventures of Wolfboy

(153)5.71 h 28 min2020PG-13
A coming of age journey about a boy with an illness that causes hair growth over the entirety of his face and body. After a disastrous carnival experience, he goes in search of his mother who abandoned him at birth. In the wilds of New Jersey he finds fast friends, but is pursued by an enigmatic carnival owner, and a police officer enlisted by his father.

ASReviewed in the United States on June 16, 2021
1.0 out of 5 stars
Once again, politics!
Verified purchase
This has very little to do with "feeling comfortable being yourself."

This movie has everything to do with pushing a very popular, far left narrative on everyone.

Being born a male, having your parents give you estrogen and hormone treatment before you can even legally vote, then playing a role where you are a male who identifies as a female, then making it a point that calling you a male is some terrible thing.....

.....this culture is so unbelievably confused and mentally unstable. They are outwardly sexist, hypocritical; just bad people all around.

Look. I'm fine with people loving whoever they want to love. But do not think for one second you can expect a straight man to see another biological man dressed as a female just because the man who says they are a female says so.

When a person sees a penis, they see a penis. They don't see a vagina just because the person the penis is attached to says they are one of the people who actually has a vagina and the penis is just an idea instead of a physical thing. I mean, I guess I understand.

If I was completely nuts and I was going around telling people the Empire State Building is actually a giant, rubber ducky, I would have NO RIGHT to treat people badly or get upset and victimized because they didn't take my word for it. In fact, I'd belong in a mental hospital.

Will V.Reviewed in the United States on April 21, 2021
4.0 out of 5 stars
Not Without Merit and Charm.
Verified purchase
If the target audience is a teen who feels like an outcast, or an adult who remembers being one, then the message of self-acceptance is skillfully conveyed. The one problem I have with the film (without spoilers) is that one character is portrayed as being transgender, however the person portraying that character is obviously female (check the credits). It would have been far braver and more genuine to have the character portrayed by a male actor. Still, a beautiful film with an important message.
2 people found this helpful

Kindle CustomerReviewed in the United States on August 6, 2021
4.0 out of 5 stars
THIS IS NOT A KIDS MOVIE
Verified purchase
This is strange & good at the same time. I think I gave it 3 stars because it was so different. Not like anything I have ever encountered before. I must say the acting was superb. This movie will be on my mind for a long time. But all in all...I am glad thee are places these kids can go to be accepted. I didnt see where it said this was a true story...but I wouldnt be surprised. I am gonna have to change y rating to a 4. The acting was really really good. The story line threw me off.
One person found this helpful

KimReviewed in the United States on April 18, 2021
4.0 out of 5 stars
A Great Movie, yet it just missed on a few things.
Verified purchase
A quality movie that had you wondering....Like underage kids working in a nightclub, or no answers to the string of robberies committed....Easy 4 stars though. Well worth the watch.
2 people found this helpful

eveReviewed in the United States on December 5, 2020
5.0 out of 5 stars
Loved this.
Verified purchase
So very heartfelt. Something about Jaeden Martell that always pulls me in to his characters. Love this film and its lessons of self-acceptance.
2 people found this helpful

Notts PharmReviewed in the United States on June 29, 2021
4.0 out of 5 stars
Worth a watch
Verified purchase
A nice little coming of age story about accepting one's self. I like how they made the characters reflect something in a fairytale, but in modern day. Worth a watch
One person found this helpful

Mark G.Reviewed in the United States on November 29, 2020
5.0 out of 5 stars
Wonderful
Verified purchase
This indy film adventure is adorable and full of eye candy. Photography, characters and editing all tight.
Like opening a picture book with a modern fable being told. Rent it.
2 people found this helpful

Amazon CustomerReviewed in the United States on November 1, 2020
5.0 out of 5 stars
Charming and relatable. A+
Verified purchase
Wonderful coming of age movie with a great aesthetic. Some scenes could have been fleshed out better. It felt rushed in some points particularly towards the end but it didn't detract from the movie as a whole. Definitely worth a watch. Would recommend.
2 people found this helpful
See all reviews
Back to top
Get to Know Us
Make Money with Us
Amazon Payment Products
Let Us Help You
EnglishChoose a language for shopping. United StatesChoose a country/region for shopping.
© 1996-2021, Amazon.com, Inc. or its affiliates