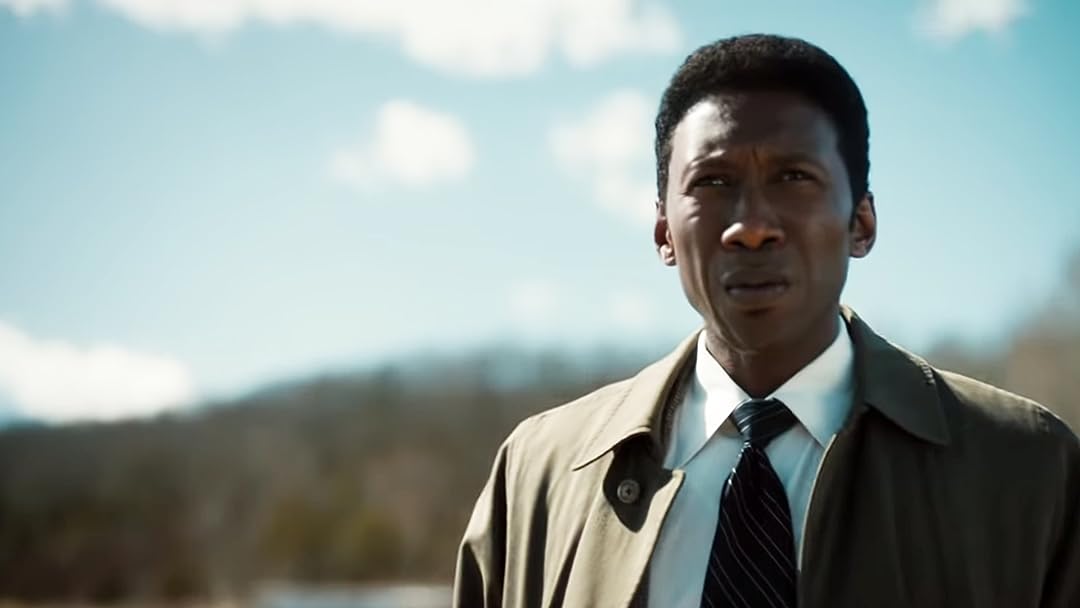 (1,368)2019X-RayTV-MA
In Season 3, a retired detective remains tormented over a 35-year-old case involving the disappearance of a little boy and his sister.

MikeReviewed in the United States on January 14, 2019
5.0 out of 5 stars
Similar to Season 1, VERY GOOD
Unlike Season 2 of True detective, which was almost unwatchable filled with unlikable characters, this season is off to a great start. Season 3 immediately had me hooked, the pace being perfect and just enough given out each episode that made an hour feel like 30 minutes. So far this season has been great and I would recommend it to anyone who enjoyed the first season or enjoys the thriller/crime type shows.
94 people found this helpful

Lorene B. BenningReviewed in the United States on January 20, 2019
5.0 out of 5 stars
Season 2's only crime is not being like season 1
I do not understand the utter dislike being hurled at season 2, I was enthralled by it, once I got past the notion that it wasn't anything like season 1 (which I loved, also). Season 2 existed on another plane - I would call it a dream plane - there were many scenes from that film which played out like a dream, not just any dream, but like a lucid dream. I found it to be eerily familiar and unsettling, but not in a bad way. Of course, series 2 throws the safe and familiar formula out the window with a surprise ending. Yet, there were still heroic actions by the imperfect good guys. Most people don't want to face the truth. That's why we watch formulaic films that have similar patterns. It's comforting. We don't have to face the inner truths that might make us uncomfortable with some of our own distasteful choices in life. I get it. But season 2 was a revelation. It didn't stick to the winning formula of season 1. Anything that delves into the dream state is bound to be a little scary, even off-putting. Dreams are often scary spaces. If you haven't give season 2 an honest chance you owe it to yourselves to do so. Just let it unfold without any pre-judgements. If you still dislike it, at least you can say you watched it with an open mind. I loved season 1. Just like everyone else. Season 2 is a completely different experience, but every bit as worthwhile.
74 people found this helpful

PaulaReviewed in the United States on February 26, 2019
1.0 out of 5 stars
Painfully slow
Verified purchase
The first True Detective has been hard for the following seasons 2 and 3 to live up to. I thought this was so confusing and incoherent. It was just awful
28 people found this helpful

Amazon CustomerReviewed in the United States on January 18, 2019
5.0 out of 5 stars
Wonderful start to season 3
Like most people I enjoyed season 1 with Woody Harrelson and Mathew McConaghey.
I wasn't crazy about season 2 at all.
Season 3 is more like season 1 with two detectives and three timelines. So far it's intriguing.

TIMELINE 1 - November 1980
One week after Halloween in November of 1980, 12 year old Will Purcell and his 10 year old sister Julie disappear after riding their bike into a park in Two Fingers, Arkansas. They were seen by the Trash Man, a Vietnam War veteran who collects trash, and three drug-dealing teenagers in a purple Volkswagen Bug. These are the key suspects. Will told his father they were going over to their friend Ronnie's but Ronnie says they never told him they were coming and they certainly never showed up. Ronnnie's testimony is credible. So is the Trash Man's. The teenagers story isn't credible at all and they are shown playing with Will's bike. Detective Wayne Hays and his partner Roland are put on the case. Wayne used to be a tracker in the Vietnam War. He finds Will's body in a matter of hours, left in a cave in the park. He was hit over the head and his neck was broken. Then he was displayed in the cave, laid on his back with his hands folded in prayer. Two straw dolls (like corn husk dolls) are outside the cave. Julie's body isn't found.

TIMELINE 2, 1990, ten years later
Wayne is brought into the District Attorney's Office and questioned about the Purcell case. He answers their questions in exchange for being told why they're asking. It seems whoever they convicted of the Purcell kidnapping and murder is innocent. They don't tell you who was convicted. Why? Because Julie Purcell's fingerprints were found in an Oklahoma drugstore after a robbery. She's alive.

TIMELINE 3, 2015
Wayne is in the later stages of Alzheimer's Disease. His memory is quickly fading and he wants to memorialize what he knows about the Purcell case. His adult son arranges for a film director to videotape his testimony. He goes over the Purcell case (just what we know so far) and talks a great deal about his wife Amelia. She was Will's school teacher and wrote a book about the Purcell case which became a non-fiction classic.

The second episode starts to unfold the story about what really happened to the kids. There is apparently a pedophile ring operating in this small town and they give out straw dolls to their victims.

Already this storyline is reminding me very much of one of John E Douglas's books on a pedophile ring (true story). I bought a subscription to HBO just to watch this series. So far, it's pretty good. I think it's going to be better than Season 1.

O.S.Reviewed in the United States on December 8, 2019
5.0 out of 5 stars
Exquisite and excellent
Verified purchase
For those of you out there who are willing to give some of your time and attention to a work of art, to those who have some patience and are willing to give of yourself to be rewarded with something greater, there are series such as these. This is not “fast food“ television, for those seeking immediate gratification. We know who those folks are, from reading these reviews. For those who like to take a breath of fresh air around their art and to allow things to evolve and develop, this is as fine a series of television as there is. Don’t shortchange yourself.
9 people found this helpful

Don AJReviewed in the United States on June 29, 2019
1.0 out of 5 stars
Painfully slow series
Verified purchase
While season 1 was really good, season 2 was less so, this one is one to avoid unless you decide to watch, then it will be one to forget.
Total and complete waste of time and money.......!!!!
14 people found this helpful

M. T. BergReviewed in the United States on June 29, 2019
5.0 out of 5 stars
Not what I expected, and that's good
Verified purchase
Season 3 of True Detective is a very different kind of story from Seasons 1 and 2. Although people have been saying it's very close to Season 1, I disagree. While the environment, setting, and bureaucracy is similar to Season 1, you have to understand it's still a state police department in the South from the past. Not much is different about that kind of environment, so it makes sense the tones and cinematography are comparable to Season 1. But that's where the similarities end.

The story is quite different, and the focus of this season is memory. Human beings remember and misremember events of their lives, and that can come to define a person. I thought the frame of the story from the perspective of a man losing his memory was effective and quite a departure from Seasons 1 and 2. There really is no antihero here. These are just cops, and they're okay. Not superstars or geniuses, just guys doing a job. And that's what makes this season more realistic as a cop drama.

The conspiracy is also quite different from Seasons 1 and 2 with no real (I'll avoid ultimate spoilers here) evil at the end. There are bad people, sure, but it's not the level of true evil we saw in Season 1 or even the corruptibility of the villains in Season 2. I was surprised by the unveiling of the crime, it wasn't what I expected, and I think that's a good thing. They had to do something different for this season, strike a different chord, and I believe the show succeeded.

The very ending of the story is quite good, encompassing the entire frame of the season revolving a man losing his mind. It's poignant and real, and I was pleasantly surprised by that kind of semi-tragic ending.

Overall, I thought it as a good season and better than Season 2. Season 1 will still be the white whale any further seasons attempt to recreate, but maybe it can't be. This is still good television and much better than any cop drama out there.
8 people found this helpful

I get they have to stretch the story for it to have impact across the season, but c'mon now. This feels like one of those fables by your long winded friend who goes around the point with other stories and never really gets to the purpose of telling you in the first place.

Still way better than the second season, and it's characters are far more likable than the first, but by the end of Episode 3, we know absolutely nothing more than we did when we started.

Update: Episode 4 now. Still just developing characters. One extra lead that goes nowhere. Still treading water.
46 people found this helpful
See all reviews
Back to top
Get to Know Us
Make Money with Us
Amazon Payment Products
Let Us Help You
EnglishChoose a language for shopping. United StatesChoose a country/region for shopping.
© 1996-2021, Amazon.com, Inc. or its affiliates