True Stories: The Collected Short Non-Fiction and millions of other books are available for Amazon Kindle. Learn more
Share <Embed> 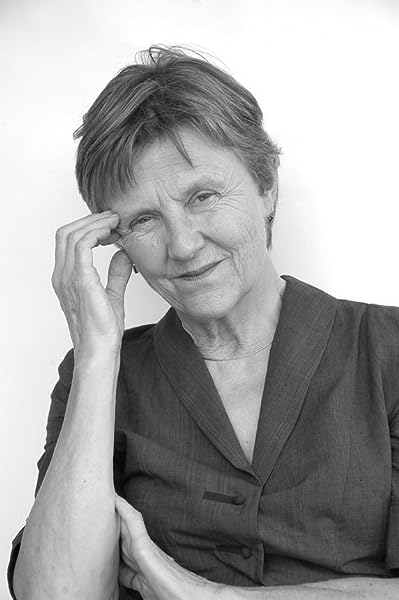 by Helen Garner (Author)
3.8 out of 5 stars 33 ratings
See all formats and editions
Sorry, there was a problem loading this page. Try again.

Helen Garner looks at the world with a shrewd and sympathetic eye. Her nonfiction, with its many voices, is always passionate and compelling. True Stories is an extraordinary book, spanning twenty-five years of work, by one of Australia's great writers.

Start reading True Stories: The Collected Short Non-Fiction on your Kindle in under a minute.

3.8 out of 5 stars
3.8 out of 5
33 global ratings
How are ratings calculated?
To calculate the overall star rating and percentage breakdown by star, we don’t use a simple average. Instead, our system considers things like how recent a review is and if the reviewer bought the item on Amazon. It also analyzes reviews to verify trustworthiness.
Top reviews

Norma Moore
5.0 out of 5 stars great writer
Reviewed in the United States on January 3, 2017
Verified Purchase
I am new to Helen Garner, and this book has made me a devoted fan. Her writing is simultaneously very simple and very complex. She uses a few works masterfully to make me see an entire scene or comprehend an entire personality.
Read more
4 people found this helpful
Helpful
Report abuse

nick
3.0 out of 5 stars Good writing.
Reviewed in the United States on September 18, 2021
Verified Purchase
Good writing. But I found my self not wanting to read some of the stories. The topic are just not pulling me back to the book. And for some chapter I found my self just glancing over to skip it.
Read more
Helpful
Report abuse

Ron Walter
1.0 out of 5 stars damaged product
Reviewed in the United States on September 29, 2018
Verified Purchase
so far I have enjoyed the book. my issue is the hard back book cover has completely come apart from the book. I have had this product a bit less than one month. this seems like a damaged product but not sure how to connect with Amazon to get a replacement. I expect to have this book for some time and with the cover coming completely apart from the book-- not a great experience
Read more
One person found this helpful
Helpful
Report abuse

mary mackenzie
5.0 out of 5 stars Garner garners life.
Reviewed in the United States on May 2, 2016
Verified Purchase
What a courageous writer! Harrowing at times, but brilliant.
Read more
3 people found this helpful
Helpful
Report abuse

Kardy
3.0 out of 5 stars An unsatisfying read
Reviewed in Australia on October 24, 2019
Verified Purchase
As a big fan of Helen Garners work, I found this collection of non-fiction work mundane and unsatisfying in comparison to her other non fiction work covering the higher profile criminal and court cases.
Very disappointing.
Read more
Report abuse

Ninna Millikin
5.0 out of 5 stars Honest, personal and Australian
Reviewed in Australia on June 30, 2014
Verified Purchase
I love Helen Garner's writing, both fiction and non-fiction. This collection of her non fiction bears the provocative title True Stories, but it's with a nudge and a wink, as it's candid, personal and often profound. I am really enjoying this as a counterpoint to a 800 page novel I am also reading.
Read more
Report abuse

Natalie A Wolfe
1.0 out of 5 stars WASTE OF MY MONEY AND TIME
Reviewed in Australia on March 1, 2018
Verified Purchase
Boring pointless stories, massive waste of money. Don't bother.
Read more
Report abuse
See all reviews
Back to top
Get to Know Us
Make Money with Us
Amazon Payment Products
Let Us Help You
EnglishChoose a language for shopping. United StatesChoose a country/region for shopping.
© 1996-2021, Amazon.com, Inc. or its affiliates