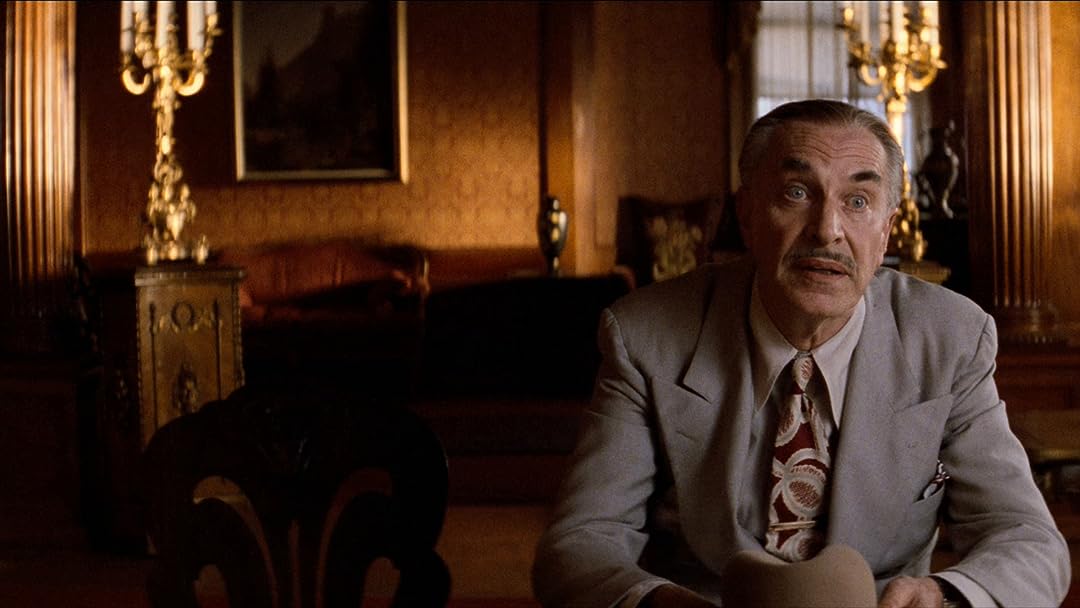 Tucker: The Man and His Dream

(1,772)
6.91 h 50 min1988X-RayPG
Preston Tucker is a dynamic engineer determined to create the car of the future. Against all odds, Tucker builds the Tucker Torpedo, but when his factory is shut down by Detroit’s Big Three auto manufacturers, Tucker must fight for his American Dream.

Ron WiseReviewed in the United States on September 2, 2018
3.0 out of 5 stars
Tucker on blu-ray: great picture, not-so-great sound
Verified purchase
I've been looking forward to a blu-ray release of Tucker for years. It been one of my favorites since I saw it in a theater in 1988. However, this blu-ray release is a disappointment and here's why. The picture for the most part is beautiful, sharp and chrisp which great color, especially the lollipop colored Tucker automobiles.

But the sound in the movie is a problem. The sound for much of the dialogue is very uneven. The loud parts are loud, but the sound levels for the dialogue vary throughout the entire movie. The great Martin Landau speaks in a low voice in the movie, his character is that of a world weary old man. The volume on my new blu-ray player had to be turned up to 70 to hear him. And I had to constantly turn the sound up and down to hear the other actors, and I have normal hearing.

Lastly, during the court scene at the end of the movie, when the jury is about the announce its verdict, the sound drops to a whisper for about 10 to 15 seconds. When the verdict is announced, the sound goes up again and is loud.

I hate to complain about this blu-ray release, but I just wanted to express what I experienced when I watched this wonderful movie. Hopefully, other reviewers will weigh in with their observations about the sound.

EqbratReviewed in the United States on September 6, 2018
3.0 out of 5 stars
Horribly inconsistent audio on blu ray
Verified purchase
The audio on the blu ray is gawd awful. Dialogue goes super faint and then normal again through out the entire movie, while background noise and music are booming and overly loud. It is extremely annoying and makes the movie difficult to sit through. There is only the remastered 5.1 audio selection available for English and no stereo selection except for in French. The audio issues persist even when disabling 5.1 and selecting stereo from my receiver. Whomever remastered the audio for this release should be ashamed as such that they made such a wonderful movie such a miserable experience to watch on blu ray. I am keeping my DVD, which is sad statement to have to make.
18 people found this helpful

consumerReviewed in the United States on August 31, 2018
5.0 out of 5 stars
Excellent bluray, digital and sound
Verified purchase
I can add nothing new to the positive reviews of the dvd version. It is a wonderful movie. I just received the bluray version and reviewed it and the digital copy (available by entering included code in options including Vudu, Fandangonow and Steam in package I received). The bluray and digital picture is excellent and I found the sound as good as other blurays in our collection on our 67" tv speakers. Highly recommended!
7 people found this helpful

M.A. EdwardsReviewed in the United States on August 29, 2018
3.0 out of 5 stars
New Blu-ray looks great! The sound...not so much.
Verified purchase
Have always liked this film and have been waiting for a Blu-ray release for quite a while. Good news is the picture looks amazing and perfectly preserves the beautiful Vittorio Storaro photography. Bad news is the sound is presented in the older Dolby TrueHD 5.1 format, not DTS-HD Master Audio, as most new BLUs have been for the last eight years or so. Surround sound is fine for the most part, but you really have to crank up the volume for dialog. I swear I had it up to 40 to hear any of Martin Landau's lines. Have always experienced this problem with Dolby TrueHD. Don't know why studios, mainly Paramount, still use it. Blu doesn't include an English 2.0 track , only French Digital 2.0 and Spanish Mono Digital Audio. I guess for under $10 you get what you pay for.
8 people found this helpful

JimReviewed in the United States on October 24, 2021
5.0 out of 5 stars
Close to Truth
Verified purchase
The film captures the essence of what transpired, in an artful way. Apart from being a typical "benevolent rich guy" role for Bridges--it comes close to real events even if it condenses them. The trial in the film, for example, actually went on for months. Afterwards Preston Tucker's finances and future were never very bright. The last few Tuckers were produced by workers in the plant, not cronies, some of whom were working for nothing. Get past the first ten minutes with the silly racing armored car and "Tucker" is worth the dough.
One person found this helpful

Peter Smith a.k.a I Love the Butler BulldogsReviewed in the United States on July 28, 2020
5.0 out of 5 stars
GR8 FAMILY MOVIE!!!!!!!!
Verified purchase
I just watched this with free Amazon movies on demand the other night. When I first saw the previews for it before watching it, my mind said, "Oh Yes, This is going to be a good movie". Come to think of it, that scene when Preston is driving so fast to run from the cops did remind me of that scene from "Starman". You know the "Red Light, Stop, Green Light, Go, Yellow Light, Go VERY FAST!!!!!!!!!!!!!!!"!!!!!!!!!!!!!!! It was more then just a good movie. IT WAS A GREAT MOVIE!!!!!!! It was so GREAT that I immediately ordered the DVD for my upcoming birthday from Amazon after watching it online so I could share it with the rest of "the fam". GR8 FAMILY MOVIE!!!!!!!!

JastroReviewed in the United States on March 7, 2020
5.0 out of 5 stars
What would a Tucker Automobile look like now?
Verified purchase
After watching this movie, you feel nothing but pity for this brilliant entrepreneur. Preston Tucker was way ahead of his time back in 1948 with his only 50 built Tucker Torpedoes many which still exist even today. This visionary engineer built the car of the future. It had disc breaks, fuel injection. safety glass windows. seat belts plus many more improvements in cars back then. Unfortunately the big 3 Ford, Chrysler and General Motors decided to deep six Tuckers ambitions by taking him to court and suing him for fraud. During the early 1950's Tucker had another shot at producing cars under a different name. Unfortunately Tucker died of cancer in 1953. Preston was a family man. Many of Tuckers ideas are utilized in today's automobiles! Preston Tucker lives on!
One person found this helpful
See all reviews
Back to top
Get to Know Us
Make Money with Us
Amazon Payment Products
Let Us Help You
EnglishChoose a language for shopping. United StatesChoose a country/region for shopping.
© 1996-2021, Amazon.com, Inc. or its affiliates