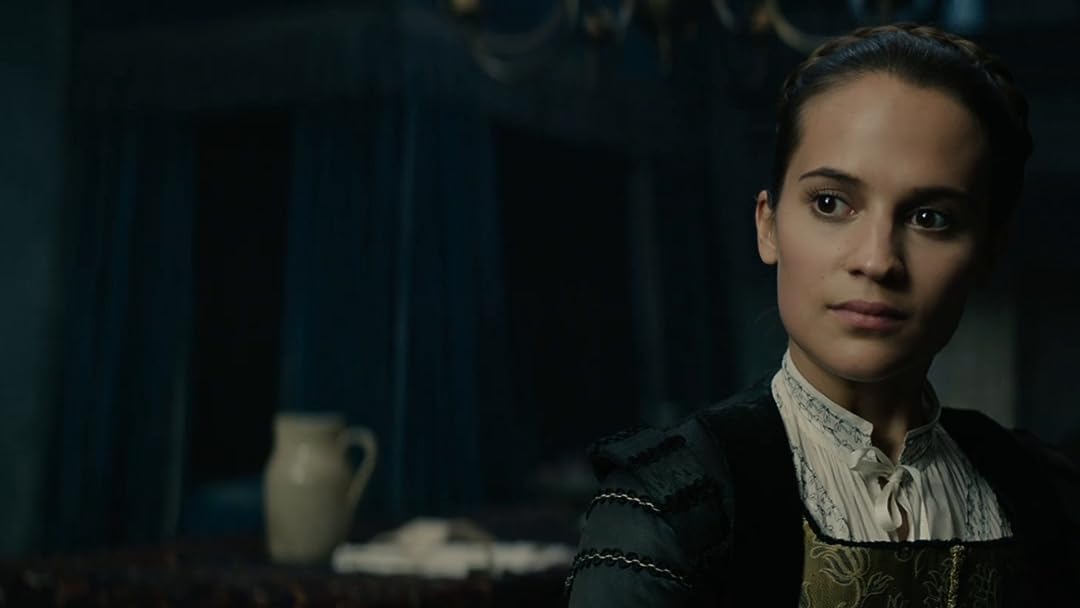 (646)
6.21 h 44 min2017X-RayR
An artist falls for a young married woman while he's commissioned to paint her portrait during the Tulip mania of 17th century Amsterdam.

AKA SullyReviewed in the United States on December 3, 2017
5.0 out of 5 stars
Tulipmania
Verified purchase
I love everything bad about Tulip Fever. I wish there was a Universe for this genre of film haha! Much like The Marvel Universe.

Listen, I understand Tulip Fever has a 10% Rotten Tomatoes score and was shelved for many years. However I am such a sucker for historical dramas that I loved this film. Based on the wonderful novel by author Deborah Moggach, Tulip Fever tells the tale of a sultry love affair between a painter and a beautiful, young married woman at the height of tulip mania in 17th-century Amsterdam.

The film has a more whimsical pace than the trailer portrays and the affair between Alicia Vikander and Dane DeHaan is spotty and dull. The films subplots make it fun, specifically the Tulip trades and Dr. Sorgh helping along the pregnancy scam with Maria and Sophie. Tom Hollanders is the films MVP’s. Dane DeHaan was pleasing to the eyes. Criminally underused and givin’ me some of that 90’s DiCaprio sex appeal. Swoon!

StephReviewed in the United States on December 19, 2017
4.0 out of 5 stars
What a surprise! The critics were wrong about this one.
Verified purchase
I delayed watching this because of the critic reviews, but this was delightful! The lighting and colors were reminiscent of Rembrandt, and the plot twists and occasional comic relief were (once again) Tom Stoppard's way of paying homage to Shakespeare... And yet this is a unique and enjoyable story. There were some aspects that were less than perfect, of course: the dialogue was not as smart throughout as it could have been, and the score left a lot to be desired. However, the good truly outweighs the bad, and I am glad that I finally watched this movie in spite of its low score on multiple review sites.
26 people found this helpful

De witte leeuw.Reviewed in the United States on January 22, 2018
4.0 out of 5 stars
A Slice of 17th Century Dutch Life.
Verified purchase
Several have written poor reviews of this film, but I found it is no worse than the latest "Dunkirk" movie. Dunkirk has several plots going on and they seem at times to be repetitive, whereas Tulip Fever's various plots depict life at different levels of Dutch Society during the 17th century in Amsterdam. The period clothing and the everyday objects have been well-researched, thus I enjoyed it for those two aspects alone. As for the main plot, well .... whenever you marry a teenager to an old man, you can expect youthful dissatisfaction and a tendency to yearn for one's own age partner. The pregnancy plot was very clever and would never have been possible without an obliging physician. There were several moments of involving profound sexual intercourse, and there were also witty moments, particularly with Judi Dench, who as usual, rendered a tour-de-force performance in the character she played. Dane DeHaan, although a Pennsylvanian by birth, has perfected a decidedly English accent, which wasn't really necessary for the part he played. All-in all, I found this film entertaining, not exciting, but entertaining. It is the sort of drama one expects from PBS's Masterpiece Theatre. Those who enjoy a good romance will be satisfied. But guys, there is no blood or violence (except when Judi Dench bops Dane DeHaan over the head in the middle of the night). So if you're looking action, adventure and gore, stick with the film "Fury."
20 people found this helpful

JLeeReviewed in the United States on May 18, 2019
1.0 out of 5 stars
Muddled mess
Verified purchase
Wow, this is bad. Who was more confused, the writer, the director, the editor, the actors, or me? Much of it is like a bad porno movie, not sexy and certainly not romantic, just very creepy. The rest is confused drama with sidesteps into slapstick comedy. The actor playing the doctor seems to think he is in a raunchy comedy about sexually harassing women, which is about as unfunny as it gets. The male lead looks to be about twelve years old with old-man bags under his puffy eyes; he also is a dreadful actor who appears to be hesitatingly reading his lines from cue cards. I can see no reason why the lead actress should fall in lust with him, but then I don’t understand why she did any of the things she did. Why did any of these people do whatever it is they did? And what is Judi Dench doing in this mess? She doesn’t seem to know, either.

The only bright spot in this dark, contrived muddle is Holliday Grainger as the maid.
7 people found this helpful

septimusReviewed in the United States on May 13, 2021
4.0 out of 5 stars
Much better than the reviews claim
Verified purchase
The reviews for this film were so vicious I never bothered to try it till now. I didn't even know it was cowritten by the great Tom Stoppard! It followed the _Shakespeare in Love_ formula a bit (which also featured Judi Dench and Stoppard as writer). If _Tulip Fever_ was released a decade earlier, as scheduled, it might have coincided with the Wall Street meltdown and hailed as a masterpiece about unfettered capitalism! Of course, in that case it wouldn't have starred Alicia Vikander. Some amazon viewers complained about the leads' lack of chemistry; I chalk it up to Vikander being an average actress. She played a similar role in _A Royal Scandal_ and was much better there. She was supposedly trained as a ballet dancer, and moved gracefully in _Tomb Raider_; but a great actress she isn't. Holliday Grainger basically blew her off the screen, although -- this being a Stoppard story -- perhaps Grainger's narrator/servant-girl Maria was meant to be the protagonist all along. (Grainger wasn't classically trained either but she can do so much with her face.) The most surprising thing about the film was how sweet-natured it was; the characters were by and large decent people, despite their moral lapses. This may be why the film was dismissed; we live in an era of Cinema of Humiliation, where vicious, back-stabbing trash like _The Favorite_ -- basically "The Apprentice" in costume -- is hailed as masterpiece and the worst possible behavior is normalized/celebrated. (By the way, _Farewell, My Queen_ also features a lesbian triangle and am aristocrat/servant relationship plot, and it is only a million times better than _The Favorite_.)
One person found this helpful

S. McguireReviewed in the United States on January 29, 2018
5.0 out of 5 stars
Beautiful window into life in that time period and sweet look into some good souls. Well Done!
Verified purchase
Oh the whims of fate!!! Interesting view of our pursuit of the almighty dollar. The frenzy over the new tulip flower was something I never knew about... Beautiful period piece, not well recieved by the critics but I never base my picks solely on what they say, but on content, actors, etc.. Perhaps there were just not enough special effects, gun battles, and mayhem for those who steep themselves in it.?!
14 people found this helpful

Traci LMReviewed in the United States on October 24, 2020
3.0 out of 5 stars
Odd story
Verified purchase
I didn't hate the movie, but I did not like it. The story was odd and had a rather unbelievable ending. The romance was not very believable either - the relationship was developed poorly. Highly unlikely that the husband would leave his house and fortune to a woman who just deceived him in so many terrible ways. What lead Sofia to decide to become a nun? She certainly did not have the character for such a devote undertaking. The doctor's perversion was suppose to be funny? Yuck. Very weird movie. I agree with the other reviewer - why would Judy Dench do this movie? This is beneath her.
2 people found this helpful

Nothing Too TechnicalReviewed in the United States on June 18, 2018
5.0 out of 5 stars
Tulips and Love
Verified purchase
A beautifully done movie of a young Dutch painter hired to paint a portrait of a successful, widowed, and the older husband and his new, young second wife in this arranged marriage, who falls in love with the painter in an undetected love affair at the historical period in time when tulips were being sold, bartered and protectively raised in exotic varieties for great sums of money. Period costumes were a delight to see and the staging was excellent in the cramped, dock-side house. Suspense grew throughout the movie that the lovers would eventually get caught by the husband..
One person found this helpful
See all reviews
Back to top
Get to Know Us
Make Money with Us
Amazon Payment Products
Let Us Help You
EnglishChoose a language for shopping. United StatesChoose a country/region for shopping.
© 1996-2022, Amazon.com, Inc. or its affiliates