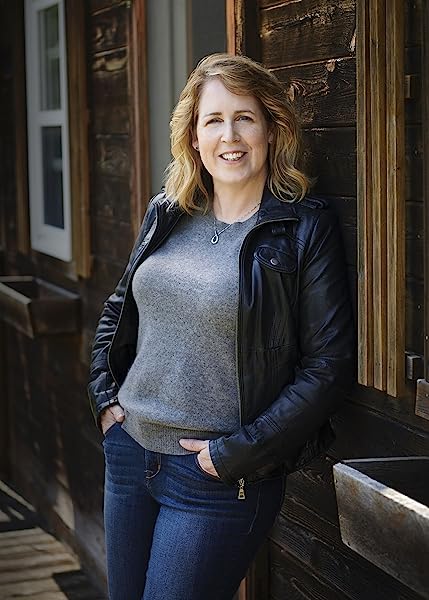 by Kelley Armstrong (Author)
Book 3 of 3: A Stitch in Time
See all formats and editions
Sorry, there was a problem loading this page. Try again.
Pre-order Price Guarantee. Details

In Thorne Manor there is one locked door. Behind it lies a portal to the twenty-first century, and nothing is going to stop Miranda Hastings from stepping through. After all, she is a Victorian writer of risqué pirate adventures-traveling to the future would be the greatest adventure of them all.

When Miranda goes through, though, she lands in Georgian England...and in the path of Nicolas Dupuis, a privateer accused of piracy. Sheltered by locals, Nico is repaying their kindness by being their "pirate Robin Hood," stealing from a corrupt lord and fencing smuggled goods on the village's behalf.

Miranda embraces Nico's cause, only to discover there's more to it than he realizes. Miranda has the second sight, and there are ghosts at play here. The recently deceased former lord is desperate to stop his son from destroying his beloved village. Then there's the ghost of Nico's cabin boy, who he thought safe in a neighboring city. Miranda and Nico must solve the mystery of the boy's death while keeping one step ahead of the hangman.

It may not be the escapade Miranda imagined, but it is about to be the adventure of a lifetime.

"The Girls in the Attic" by Marius Gabriel for $9.99
The bestselling author of The Designer presents a sweeping story of blind faith, family allegiance and how love makes one man question everything he thought he knew. | Learn more

Kelley Armstrong believes experience is the best teacher, though she's been told this shouldn't apply to writing her murder scenes. To craft her books, she has studied aikido, archery and fencing. She sucks at all of them. She has also crawled through very shallow cave systems and climbed half a mountain before chickening out. She is however an expert coffee drinker and a true connoisseur of chocolate-chip cookies.Kelley Armstrong is the author of the Rockton thriller series, standalone thrillers beginning with Wherever She Goes, and the Royal Guide to Monster Slaying middle-grade fantasy series. Past works include the Otherworld urban fantasy series, the Cainsville gothic mystery series, the Nadia Stafford thriller trilogy, the Darkest Powers & Darkness Rising teen paranormal series and the Age of Legends teen fantasy series.

Kelley Armstrong believes experience is the best teacher, though she’s been told this shouldn’t apply to writing her murder scenes. To craft her books, she has studied aikido, archery and fencing. She sucks at all of them. She has also crawled through very shallow cave systems and climbed half a mountain before chickening out. She is however an expert coffee drinker and a true connoisseur of chocolate-chip cookies.