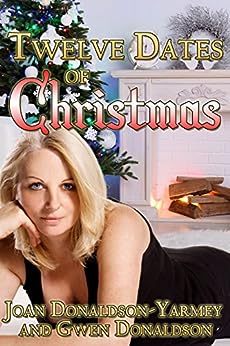 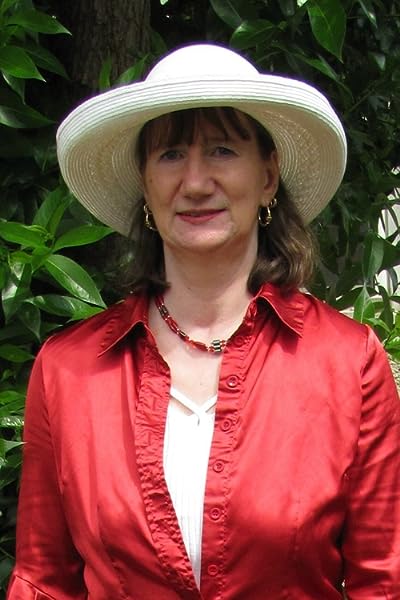 by Joan Donaldson_Yarmey (Author), Gwen Donaldson (Author) Format: Kindle Edition
See all formats and editions
Sorry, there was a problem loading this page. Try again.
Stacy Martin, who has been married three times and had many relationships, doesn’t want a man in her life right now but her friends have other ideas. As a forty-ninth birthday present they pay for her to join three dating sites on the Internet. She just has to fill out the forms and pick the men she wants to meet. The only stipulation is that she must find a man by Christmas Eve so that the two of them can join Kate, one of her friends, and her boyfriend in Hawaii for New Year’s Eve. Stacy has a full life with owning a flight attendant school, owning a rental condo, and owning a cat. Will she choose a man from a dating site, the man who has accused her female renters of being prostitutes, or a stranger she meets as he is leaving the rental condo building?
Read more
Previous page
Next page

I was born in New Westminster, B.C. and raised in Edmonton, Alberta. I married soon after graduation and moved to a farm where I had two children. When that marriage failed I began a long career of holding many as various jobs. I have worked as a bartender, hotel maid, cashier, bank teller, bookkeeper, printing press operator, meat wrapper, gold prospector, warehouse shipper, house renovator and nursing attendant. During that time I raised my two children and helped raise three step-children. I also had travel and historical articles published in magazines. Between 1990 and 2000 I researched and wrote seven Backroads Series books about Alberta, B.C., the Yukon and Alaska that were published by Lone Pine Publishing in Edmonton, AB.

I love change so I have moved over thirty times in my life living on acreages and farm and in small towns and cities throughout Alberta and B.C. I now live on an acreage in the Port Alberni Valley on Vancouver Island with my husband, five cats and four chickens. I currently work in a group home doing one-on-one support with a mentally and physically challenged man.

I belong to the Crime Writers of Canada, the International Association of Crime Writers/North American Branch, the Vancouver International Writers Festival, the Writers Guild of Alberta, the Federation of B.C. Writers, and the Port Alberni Arts Council.

I am proud to say that I am a published author of Books We Love, Ltd.

The Only Shadow In The House

gwen donaldson
5.0 out of 5 stars Best book I read in a long time. thanks Amazon for this great read.
Reviewed in the United States 🇺🇸 on February 5, 2017
Verified Purchase
This book was so funny. I laughed out loud so many times. It a nice read. would love to see more of these kinds of books!
Read more
One person found this helpful
Helpful
Report abuse

Amazon Customer
5.0 out of 5 stars I really enjoyed Twelve Dates of Christmas
Reviewed in the United States 🇺🇸 on November 21, 2016
I really enjoyed Twelve Dates of Christmas. I could not put it down. It made me laugh and brought on a few tears (happy tears). It is a great read for every woman! I have read other books by Joan Donaldson-Yarmey and recommend them all. She is one of my favorite authors!
Read more
One person found this helpful
Helpful
Report abuse
See all reviews
Report an issue
Does this item contain inappropriate content?
Report
Do you believe that this item violates a copyright?
Report
Does this item contain quality or formatting issues?
Report