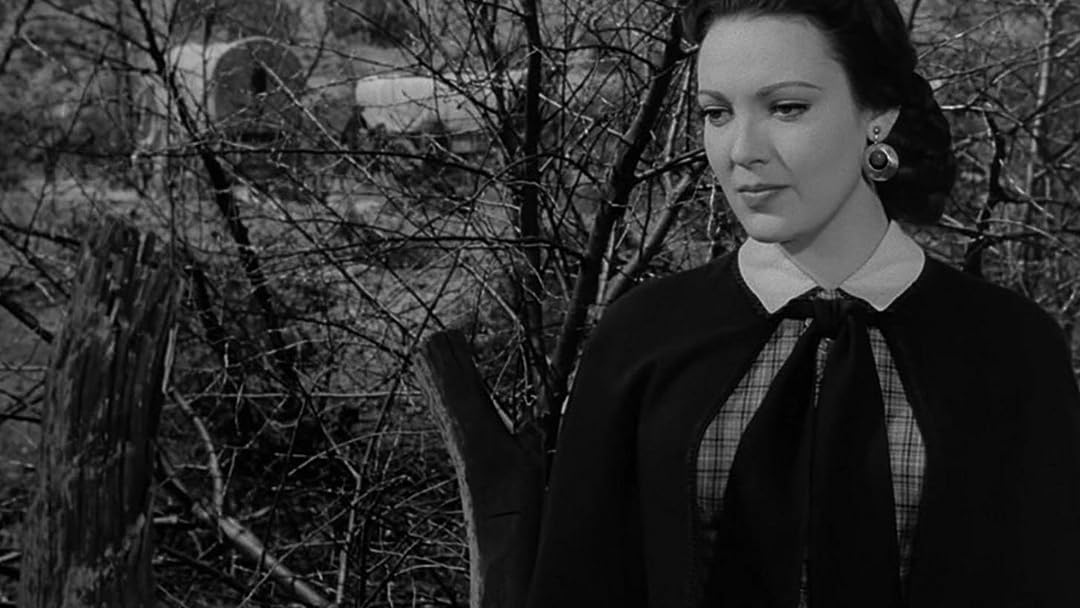 B. CatheyReviewed in the United States on November 27, 2012
5.0 out of 5 stars
Superb, but neglected Western
Verified purchase
TWO FLAGS WEST is one of several very fine little Westerns that Twentieth Century Fox produced during the late 1940s and early 1950s. It features an all star cast, a good story line, and very good production values. Starring Joseph Cotten, as the commander of Confederate POWs who are persuaded to fight for the Union in the South West, and Jeff Chandler, as the Confederate-hating Federal commander, the film also features Cornel Wilde, Arthur Hunnicutt, Dale Robertson, and Linda Darnell (the love interest). Robert Wise directed.

Although Amazon.com has advertised this film for some time as a title that apparently would be released in the USA, I went ahead and purchased the Spanish edition in the PAL format. It's easy to switch off the subtitles, and if you have an all-regions or PAL DVD player (which are not expensive and can be had via Amazon), you can enjoy this title now (while waiting for the US edition).

You won't be disappointed.

John F. MooreReviewed in the United States on September 30, 2019
2.0 out of 5 stars
Overly sentimental and ridiculous!
Verified purchase
The women totally lack sensuality. The men are rgd and uncompromising.
An antiquated film and a waste of time.
One person found this helpful

Ronald H.Reviewed in the United States on August 5, 2019
5.0 out of 5 stars
Very fine western from the golden age of film.
Verified purchase
Well acted.

Ronald McGillReviewed in the United States on September 19, 2019
4.0 out of 5 stars
A nice twist to the story
Joseph Cotton seems wearily out of place in a Western but conveys the exhaustion of defeat of the South well! Jeff Chandler has such a commanding presence in this film. He snarls with conviction and conveys hatred and mistrust to all his enemies: the Southerners and the Indians. The complication is that his fort is so lacking in Yankee soldiers that a disgruntled troop of Confederate prisoners are offered their freedom from prison camp, if they swear allegiance to the Union. The ex-Southern troop is then posted to Chandler's fort. The tensions that follow are inevitable. It's a good film.
2 people found this helpful

The CinemaScope CatReviewed in the United States on March 13, 2011
4.0 out of 5 stars
Intelligent adult western from director Robert Wise
During the Civil War, President Lincoln issued a proclamation that Confederate prisoners of war could regain their freedom if they joined the Union army in defending the frontier in the West. A group of Southern soldiers headed by Joseph Cotten volunteer for such an assignment but when they reach their destination, they find an embittered Southern hater (Jeff Chandler) in charge of the fort and whose arrogance brings a hellish fury to descend on the fort. Tensions abound, not only between the Union and Confederate soldiers but also between Chandler and his widowed Spanish sister in law (Linda Darnell) who he keeps a virtual prisoner and who is eager to return to her Monterey home. Directed by that excellent craftsman Robert Wise (WEST SIDE STORY), this is a wonderful western. All four principals (Cornel Wilde comprises the quartet) have rich, strongly delineated characters that make it easy for us to invest in their fates. Wise whips up an exciting, tense and fateful siege by the Kiowa for the finale. The intelligent and layered screenplay is by Casey Robinson (NOW VOYAGER) and the majestic score by Hugo Friedhofer. With Dale Robertson, Jay C. Flippen and Arthur Hunnicutt. A must for all western fans.

The Fox DVD from Spain is an excellent B&W transfer in its correct 1.33 ratio.
10 people found this helpful

Richard J. BakerReviewed in the United States on September 15, 2011
5.0 out of 5 stars
TWO FLAGS WEST
EXCELLENT WESTERN DRAMA FABULOUS CAST AND LOTS OF ACTION . ONE OF THE BEST WESTERNS MADE WITH GREAT CINEMATOGRAPHY .
6 people found this helpful
See all reviews
Back to top
Get to Know Us
Make Money with Us
Amazon Payment Products
Let Us Help You
EnglishChoose a language for shopping. United StatesChoose a country/region for shopping.
© 1996-2022, Amazon.com, Inc. or its affiliates