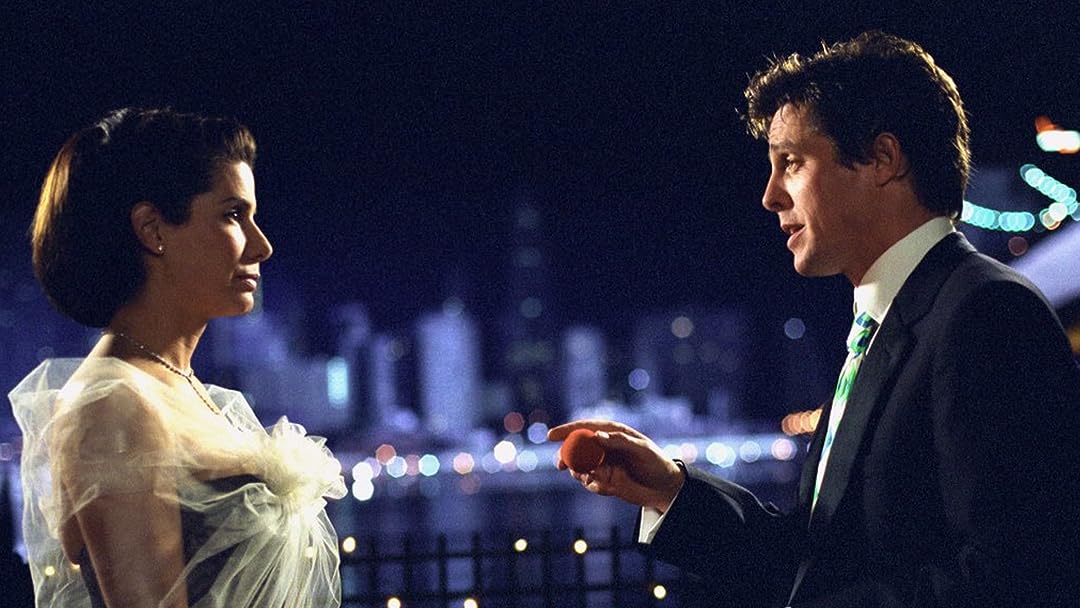 (4,306)
6.11 h 41 min2002X-RayPG-13
Opposites don't just attract - they hilariously feud and collide when SANDRA BULLOCK plays an activist lawyer and HUGH GRANT is the eccentric tycoon who hires her…….

L.J.Reviewed in the United States on November 3, 2019
5.0 out of 5 stars
Oh the dialogue between these two!
Verified purchase
"Yes, all boats." haha
"Well that's just silly, have you met everybody on the planet?"
Very quotable and likable movie. Both actors are clearly intelligent and good at what they do. I enjoy how they play off one another. I really like Dorian Missick's character as well. This movie is always a treat.

R. Edward Merrell, Jr.Reviewed in the United States on September 9, 2013
4.0 out of 5 stars
You are a cause, Lucy; you make Gandhi look like a used car salesman!
Verified purchase
Lucy Kelson is a Harvard-educated New York lawyer, who is a dedicated proponent of liberal causes, including her crusade to keep a Coney Island Community center open, because of it's architectural significance and because of her childhood attachment. She meets billionaire playboy developer, George Wade, and agrees to hire on as his personal lawyer, with the understanding he will support the preservation of the community center. Moving this plot to the current events of today, you have an Occupy Wall Street lawyer, member of the 99%, meeting and going to work for a member of the evil 1%. They have nothing in common, but....well you can probably see where this is heading. I know it's a familiar theme for a rom/com; but what takes this one to a higher level is the superb comic acting of Sandra Bullock as Lucy and Hugh Grant, as George...probably the two best comic actors of the modern era. In addition the script is intelligently written and this film is very funny...LOL-funny in places. If you like romantic comedy and you like Bullock and Grant, you will love this.
12 people found this helpful

PamelaReviewed in the United States on January 1, 2021
3.0 out of 5 stars
a well-made film with annoying characters
Verified purchase
The warmth of the lead male character gives this film it's charm. He's the villain who becomes the good guy when he quits his job working for the family business. The female lead is disturbingly frantic. She's supposedly a do-gooder, but the good poor vs. the evil rich is an old two-dimensional view of the world that will hopefully disappear from good entertainment as our species evolves. Excellent filmmaking. Grant's performance is worth watching again.

leeisshrekReviewed in the United States on January 14, 2011
4.0 out of 5 stars
Great Date Movie
Verified purchase
Hugh Grant and Sandra Bullock are excellent in this charming romantic comedy. Bullock is a lawyer who fights for what she believes in, but somehow agrees to be hired by Grant, who runs the type of firm that Bullock is always trying to stop. Their witty banter is hilarious, and Hugh really fits his role. One exchange starts with Bullock expressing, "You are the most selfish person on the planet!", and Hugh responds, "Now that's just silly, have you met everyone on the planet?". You can almost picture Hugh Grant saying those words, and it's writing like this that make this such an extremely popular movie.

You don't feel like the movie drags on, which is not always a given with movies over 90 minutes (this one is 101 minutes long).

I bought this movie for my wife because it was on her Christmas list. She is a huge fan of stars like Cary Grant and movies such as It's a Wonderful Life', which we now watch every Christmas together. While I would not put this on the level of a Notting Hill or Runaway Bride, it is definitely worth watching and/or buying if you're staying in for a movie night.

Steven M. ChambersReviewed in the United States on September 13, 2011
5.0 out of 5 stars
Bullock and Grant are an awesome combo
Verified purchase
This is one of my favorite movies. It has humor and romance and manages both with a logical sense of style that really makes the whole thing work. Too often movies will try so hard to be great but they slip up in one or more categories. It's annoying to watch a movie that seems to be fantastic only to blow it at the very end by doing something 'cute' but while trying to be cute it breaks the logical consistency it's strove for up to this point.

Two Weeks Notice doesn't do that at all. It's logical, funny and cute all the way through while at the same time maintaining the sexual tension between Bullock and Grant very well. There is one scene with Bullock needing to use the restroom and using an RV that stretches the logic a bit but it doesn't go too far. All in all, great movie. Great romantic comedy.
7 people found this helpful

BikegalReviewed in the United States on May 17, 2019
1.0 out of 5 stars
Predictable, Zero Chemistry
Verified purchase
I'm binging Hugh Grant movies (don't ask) and this is by far the worst. Zero chemistry between the main character. Predictable plodding plot. Some odd slapstick from Sandra Bullock that had no relevance to anything in the movie. Save your money. Instead watch "While you were asleep (or sleeping)". Another SB movie but charming sweet and funny.
One person found this helpful

Lorraine SilverReviewed in the United States on March 27, 2022
1.0 out of 5 stars
Never received it
Verified purchase
Ordered it in March 9th, I kept getting running late. Now I get rubbing late, but may be lost. So ask for a refund, which I did. Too bad I never got it. I love this movie.

ForestgoldReviewed in the United States on May 16, 2003
4.0 out of 5 stars
light and fun with a great pair
Verified purchase
Hugh Grant and Sandra Bullock are great together in this light commedy. There are times when you can tell that this movie was written by the person responsible for "Miss Congeniality", but Two Weeks Notice is not as laugh-out-loud funny. Nothing here is new, and neither of the stars is stretching to play these roles. But, that's probably what I liked about it. I go to movies with these people in them to see them play fun and loveable characters. The DVD extra "two bleeps notice" is disappointing. I don't like having to watch the whole movie again just to see the outtakes. It is a good thing to have as an option (since the outtakes are then put into context), but not as the only way to see the clips. If you enjoy romantic comedies, this is great to watch. Personally, I love this movie.
One person found this helpful
See all reviews
Back to top
Get to Know Us
Make Money with Us
Amazon Payment Products
Let Us Help You
EnglishChoose a language for shopping. United StatesChoose a country/region for shopping.
© 1996-2022, Amazon.com, Inc. or its affiliates