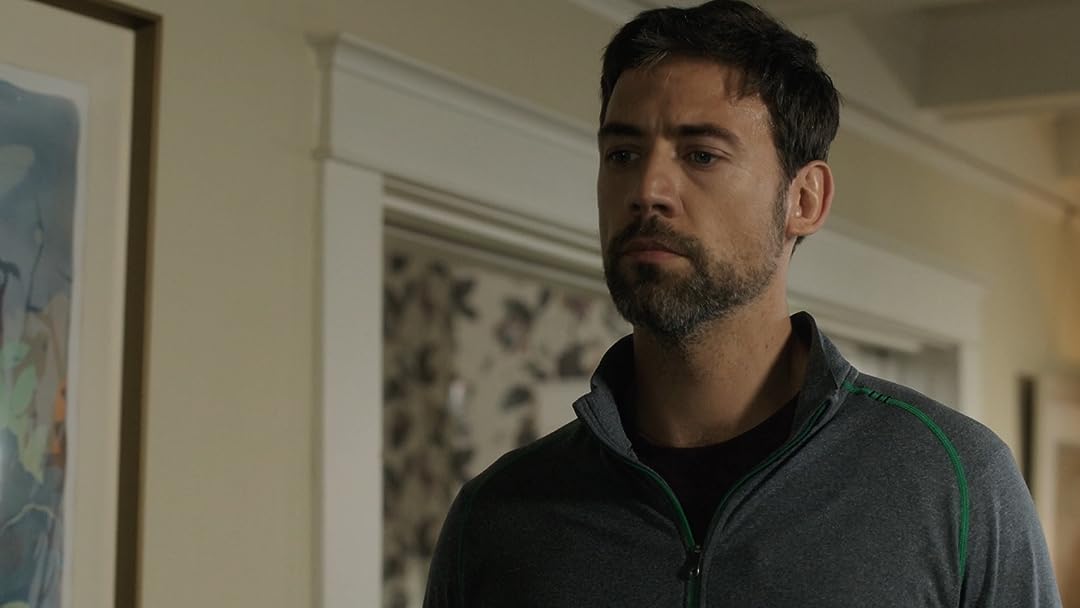 (567)
7.7201418+
Tyrant is the story of the son of a Middle Eastern ruler who returns home after a self-imposed 20-year exile to face the reality of the country he left behind.

K. D. TalleyReviewed in the United States on April 20, 2016
5.0 out of 5 stars
ONE OF THE BEST
Verified purchase
RIVITING!!! Wonderful acting, very very interesting plot, excellent photography. After living in the Middle East for many, many years, how real it sounded in every respect. If it were any better we would be looking for Abudeen on a map, while clutching our American diplomatic passports close to our chests as we raced for the airport so that we could view this series from afar! Definitely a 5. and particularly kudos for Ashraf Barhom/"Jamal" who surely deserves an Emmy for his simply extraordinary and compelling performance throughout! Oh my gosh! We hung on the edge of our seats throughout the whole season....and are now doing so through Season 2 with equal passion.....as we await the beginning of Season 3. DEFINITELY SEE THIS!
2 people found this helpful

EIB fanReviewed in the United States on July 4, 2015
5.0 out of 5 stars
Terrific drama, with some Sopranos similarities
Verified purchase
Realistic drama about a modern day (fictional) Middle Eastern country ruled by tyrant. It reminds me a bit of the Sopranos, with Tony being a bad man doing the usual Mafia dirty deeds, yet having tinges of guilt, doubts & occasionally embracing a decent thought or action. Dialogue was better in Sopranos, but story line in Tyrant is realistic and fast moving. A similarly conflicted character like Tony exists in this series, as the elder brother, the Tyrant, must deal with moral & modern advice from his westernized younger brother. I rushed through the 10 episodes of Season 1 so I could be real time with the Season 2 episodes now showing on FX. Like the Sopranos, not for viewing with young children.
One person found this helpful

L. MaynardReviewed in the United States on July 6, 2014
5.0 out of 5 stars
Whoa!
Verified purchase
The pilot of this series was so action packed and well written. Usually the pilot of a series takes a while to introduce everyone and by the end of the episode, you still aren't really vested in any of the characters. This series used every second to make sure you instantly loved some characters, while hating others. You got a clear idea of some of the dynamics between the characters, and none of this interfered with the almost non-stop action. It's going to be a challenge for the writers to top the pilot every week. I am very excited for the next episode.
2 people found this helpful

candace gossettReviewed in the United States on September 12, 2014
5.0 out of 5 stars
What will Barry do?
Verified purchase
I just love this show it keeps you on the edge of your seat the entire time. You wonder what will be his role if he'll end up becoming the person he left to avoid becoming or if he will use what he learned the last 20 years to help his country become better and everyone get along. Instead of people either loving his family or wanting them dead. Also you wonder if he will ever tell his wife and kids why he really left and what all he witnessed or did before he decided to runaway to America because he just lets them know that his doesn't like being there and why he doesn't want them doing certain things because he doesn't what them to have to do what he did. Also at the beginning when he asked his wife to possible that they would come back home and they end up having to stay then he goes and says no you have to take the kids back and I'm staying here because he wanted them to be safe while he knew he was going to start trouble. You also saw that the father did change before he died but then he was like it should have been you meaning that he should be the one that takes over and everything because he brother was just kind of liking the power but good on the inside wanting his father to approve of him in something because Barry was the one that actually took action to do things his self and he had learned to work with people so they would trust him and he could make the country better and bring them together as one.

Mark A. MorganReviewed in the United States on September 10, 2016
3.0 out of 5 stars
So much potential... (From a viewer who is only 7 episodes in)
Verified purchase
Great premise. So much potential. But a few actors are so obviously trying to find their characters still, at least by episode 7 where I am. And the writers room needed a good purge or coup to give the characters some dimension. Terribly flat writing. Simplistic and transparent plot lines. I'll give it more time to see what they did, because it's such a cool premise. Something must get better since it did get renewed.
2 people found this helpful

My Fake NameReviewed in the United States on May 15, 2015
4.0 out of 5 stars
Good series
Verified purchase
Jennifer Finnigan is not really convincing as Adam Rayner's wife, but other than that, it is a good series. Actually his real life wife Lucy Brown would have been perfect for the role. She kind of looks like a younger version of the lady (Alice Krige) playing Rayner's mother. Too bad they cannot recast it.
The story, it is good and gives us a sympathetic view of how some of these dictators live and that they are real people, too. It also reminds us that things are not always as they seem.
One person found this helpful

EmilyReviewed in the United States on August 1, 2014
5.0 out of 5 stars
MUST SEE!!!
Verified purchase
This series hooks you from the beginning. It is for adult viewers only. The subject matter can be grim, but the scenery is breathtaking and the storyline pulls at the heartstrings. It is fascinating to learn of the gender roles and government roles (though fictional) in the middle east. I feel emotionally invested and could watch the episodes over and over and see something new each time. MUST WATCH! The main character's acting has been judged harshly as overly stoic, but I think it fits his role and the seriousness of his situation.

PeanutReviewed in the United States on June 8, 2015
4.0 out of 5 stars
Good Story
Verified purchase
I watched this based on a recommendation from a friend. Wouldn't have given it a try otherwise. I like the story line, script, etc with exception of one character (I find the way Barry's wife responding/reacting to things unrealistic, not typical, very naïve, and uncharacteristic of a woman with a medical practice in America). I can tolerate it and hope that her character develops throughout the rest of the season.
3 people found this helpful
See all reviews
Back to top
Get to Know Us
Make Money with Us
Amazon Payment Products
Let Us Help You
EnglishChoose a language for shopping. United StatesChoose a country/region for shopping.
© 1996-2022, Amazon.com, Inc. or its affiliates