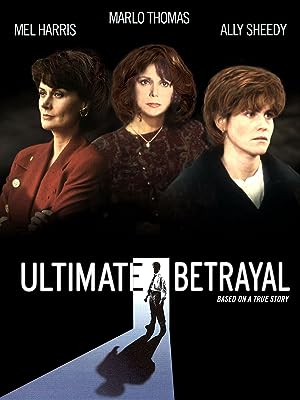 (106)
6.01 h 31 min1994ALL
Four sisters unite to sue their father for the child abuse they suffered decades earlier, making legal history and finally coming to grips with the pain of the past.

YACReviewed in the United States on February 5, 2017
4.0 out of 5 stars
Well Done
Verified purchase
This is a very good movie regarding sexual and/or physical parental abuse. I hope that some negative reviews were based on not knowing beforehand the subject because it's certainly not for entertainment, but real life enlightenment. This type of case is never 'outdated' as one reviewer put it. I give it 4 stars for the acting and vivid portrayal of the devastating, varying consequences to the abused and subsequently their loved ones. Denial or shutting down kills the soul, the very essence of what makes us human in our capacity to love and feel. Regrettably, movies like Spotlight highlight the ongoing problems of such detestable behavior.
2 people found this helpful

Robert B JonesReviewed in the United States on June 5, 2014
3.0 out of 5 stars
Very Difficult to Watch Movie--important to be seen, however.
Verified purchase
This movie deals with horrific situation a family should never have to face-- abuse by a parent. All seven of the children were
abused physically. All five girls were also sexually abused. The mother was also a key contributor to the abuse as well
by preferring social status, and a dependent income over the welfare of her own children. For example, when one of her
children became pregnant at age 17, the mother was more concerned about how it would affect the family in the social
circles they frequented-with the "naughty" pregnant girl, than she was about the babies welfare, her daughter's emotional
being, or the circumstances surrounding how her daughter got pregnant. Silence was the lesson taught to all of the children
by both parents lest their secret come out, and the families status shattered. And Silence, not love was learned.

RLPReviewed in the United States on March 20, 2016
4.0 out of 5 stars
A Powerful Tool of Healing
Verified purchase
This movie is a very accurate portrayal of the many ways sexual and physical abuse impacts both men and women and how differently it is perceived by the various victims. If the viewer has been a victim of sexual or physical violence, at any age, this movie will stir up the emotions of the past. Fortunately, Ultimate Betrayal takes the victims, who find the courage to step up, from a place of silent hopelessness to victoriosly finding their voice. A powerful tool of healing...

Highlander seriesReviewed in the United States on January 23, 2017
5.0 out of 5 stars
A great movie from the past...
Verified purchase
I seen this movie on television a long time ago... and it was great then... I remembered it and wanted to see it again... although I remember different things about the one that aired on TV years ago... I'm not sure if this one was cut to make room for the time slot... all in all, it was a powerful movie...

BJDReviewed in the United States on May 25, 2016
3.0 out of 5 stars
True story that is very sad.
Verified purchase
This movie was based on a true life story about a sister who was bringing charges against her father for molesting her as a small child. As she tells her 3 sisters about this one by one they also begin to remember.
It's a sad movie and the Marlo Thomas and Aly Sheedy play great roles.

Love AmazonReviewed in the United States on April 13, 2013
5.0 out of 5 stars
Tough to watch in parts.
Verified purchase
Knowing this is a true story can make it very difficult to watch. It is pretty intense. However it kept my interest from beginning to end. I thought the acting was superb. I would have liked to have learned a little more about the brothers' lives but that is my only complaint.
3 people found this helpful
See all reviews
Back to top
Get to Know Us
Make Money with Us
Amazon Payment Products
Let Us Help You
EnglishChoose a language for shopping. United StatesChoose a country/region for shopping.
© 1996-2022, Amazon.com, Inc. or its affiliates