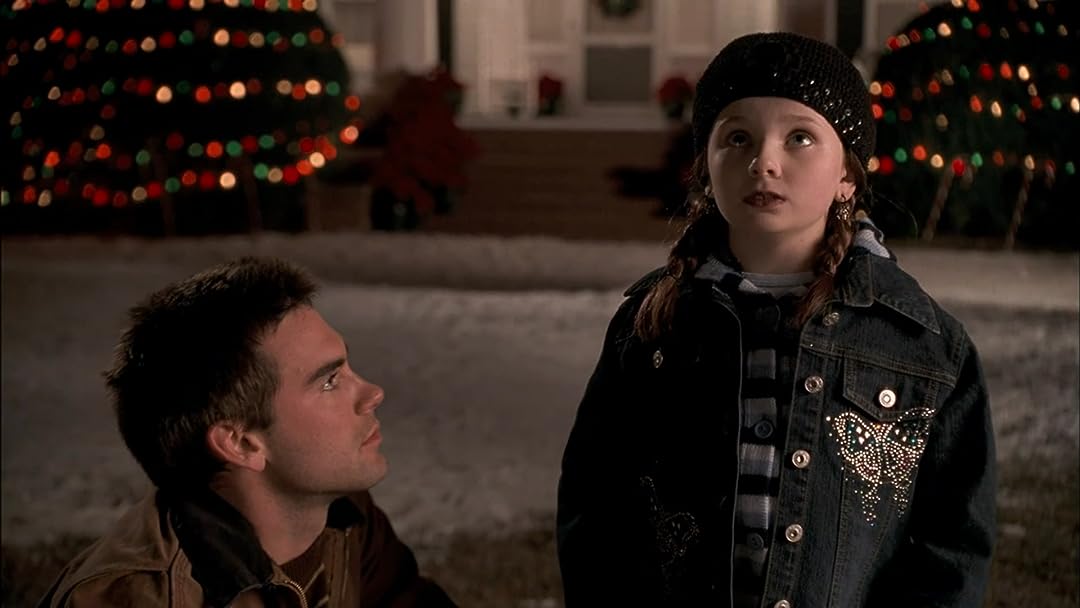 (3,946)
7.31 h 57 min2007X-RayPG
A deceased billionaire leaves his spoiled adult grandson a series of odd tasks to perform in order to receive "the ultimate gift," with the resentful grandson having no idea what that might be.

Paul BohmanReviewed in the United States on June 1, 2019
2.0 out of 5 stars
A contrived, disjointed sermon, in amateur movie format
Verified purchase
The premise of this movie is good enough: it is a redemption story of a spoiled rich kid who has to learn some life lessons to become a better person. In particular, he has to learn there's a lot more to life than money. There are several mini-lessons that the lead character is supposed to learn, and the lessons themselves are in fact good lessons to learn. There's nothing wrong with using a movie format to showcase valid ethical principles.

But the writing, acting, directing, storyline, plot devices, dialog, and other aspects of the execution leave a lot to be desired. All aspects of this film betray an amateur level of skill and experience in film-making. That's not a terrible thing, I suppose. If you accept this as an amateur-quality film, you can forgive it for coming across as such.

But the whole movie comes across as an extended Christian Facebook meme (probably written in all caps, with a note at the bottom saying something like "How many of you love God enough to forward this to all your friends?"), or like one of those contrived emails forwarded (over and over) from your sweet and elderly aunt who wants to remind everyone who deeply she believes Jesus loves them.

The lines written for the child, Emily, are meant to be sassy and unexpectedly insightful for a child. She's kind of the all-knowing truth-teller in this story. It's an improbable setup, and unfortunately nothing about this plot device comes across in the least bit believable. They are lines obviously written by an adult, and the acting by the child and others in the scenes simply doesn't work. But again, seen from an amateur perspective, some of that is forgivable.

What may bother me most about the movie is that the story arc actually ends up completely undercutting and essentially negating the original moral premise (or what I thought was the original moral premise) by the time the film is over. Rather than concluding with the idea that life can be good and ethical without wealth, it ends up teaching some sort of Prosperity Gospel idea (the idea that "righteousness" will be rewarded in measurable worldly gains, i.e. wealth). It turns out that morality of wealth itself is not examined or challenged in this film, despite the many scenes in which wealthy people are painted as superficial, petty, and unethical. The film does not challenge where the wealth came from (oil, in this case, which is dripping in moral dilemmas), and the film does not challenge the idea of so much wealth ending up in so few hands. Wealth itself is an ethical topic worth dissecting, especially in the context of Christianity, which this film does a heavy-handed job of promoting. "Blessed are the poor," said the original Christian, and "it is easier for a camel to go through the eye of a needle than for someone who is rich to enter the kingdom of God."

So much for those ideas. The makers of this movie subscribe to a selectively abbreviated version of their own faith tradition.

Tru demiseReviewed in the United States on April 29, 2018
5.0 out of 5 stars
Losing everything is sometimes the best start
Verified purchase
Definitely left an impression on me. Makes you take a step back and think about what truly matters in life. Great movie for the whole family.
53 people found this helpful

Shellmom64Reviewed in the United States on March 24, 2018
5.0 out of 5 stars
It will touch your heart
Verified purchase
I loved it all, how our children and grand children need to learn responsibility, honor and how we treat others with dignity.
45 people found this helpful

AlaaReviewed in the United States on July 21, 2018
5.0 out of 5 stars
Excellent heart warming movie
Verified purchase
Heart touching movie. It makes you feel human again. Sometimes we become like robots, we need such nice movies to remind us how love, family, friends, work learning, and etc. are all gifts we must be thankful for. Many times life turns us to greedy people who never say thanks to whatever so, until a sparkling gesture comes and awakens humanity inside us. Many thanks to movie productors!
31 people found this helpful

neaReviewed in the United States on March 22, 2021
1.0 out of 5 stars
I find it hard to believe that actors will accept a script this terrible.
Verified purchase
It is a childish script, written for 10 year olds. The little girl they got to play the part of the "stranger" isn't precocious, she is just down right irritating. The concept that they can extort the Grandson into working for his inheritance, without even telling him what that inheritance is, is unrealistic. I normally like James Garner but NOT in this show, I am only about half way through and don't know if I can hang on til the end or if I even want to. There isn't much story here, and we know exactly what is going to happen so watching another hour is a bit of a waste of time. There are just a few too many irritations in this movie. The writing, some of the acting, the formulaic plot, the hostility of the Mother. And if I see one more movie with a child with leukemia I am going to stop watching movies......... being sick doesn't really give a child of her age the right to be such a little smart mouth, I still want to slap her. And then she tries to set her Mother up with the Grandson.....good grief. More like a soap opera, than a movie. I cannot believe so many people actually think this movie 5 stars. Just proves to me how unsophisticated and easily entertained the ignorant are these days. This could have been written in about two hours..
8 people found this helpful

DortmaReviewed in the United States on July 14, 2013
5.0 out of 5 stars
Can be watched with school students
Verified purchase
I purchased this movie and the "Gift Of Values" book that goes with it (you can buy it at the actual Ultimate Gift website) to help my school students become willing to do more for others.
Each part of the movie can be paused and then my students (4th - 6th graders) are given a task from the book that goes with that section of the movie and they complete the task at home by themselves. Then a week later we talk about how their "gift" made the recipient feel and then we would watch another part of the movie and do the next "gift".

One year my students got really involved in this movie that they started a club at recess time where they held meetings with students from other grades and classrooms and shared the nice things they all did for others. They even made little badges and gave them as rewards to the members who helped others. The local News came and did a story on their projects and internet sites that they set up. It was really neat.

Each year we start collecting money for 2-3 charities that the students vote on and have competitions to see which charity can raise the most money in a month.
Finally, at the end of the year, I provide a few movies for each of my students to choose one movie and many choose this one to keep for themselves forever.
100 people found this helpful

Rebecca ForbesReviewed in the United States on November 18, 2020
5.0 out of 5 stars
One of my new favorite Romantic comedy movies
Verified purchase
While most of the plot of this movie was not surprising, it was heart warming, funny, adventure of personal growth. With some hard times mixed in. I think this movie is something people need in times like this with the lock down. It is a nice escape from reality. The 2nd and 3rd follow up movies are not as good, but ok to watch once. Since they used a different leading man, who I did not like as much as the actor in this one. Plus the story line seemed a bit lazy on the follow ups moves. But sequel movies are almost never as good as the first!
I enjoyed this move so much, that I have watched this movie 6 times! Which is saying a lot for me, since most of the time I will only watch a movie once and never watch it again. I don't understand why some reviewers don't like it. They must be movie snobs, that only like weird movies that no one but artsy types understand, like the movie melancholia. I couldn't understand it, even with Close caption on and artsy types said it was great. Not it gave me a headache. I just wish Amazon had a folder to put my favorite movies in, that was separate from my normal watch list, for movies and shows I would love to watch again. This movie would definitely go in that folder, if it existed..
One person found this helpful
See all reviews
Back to top
Get to Know Us
Make Money with Us
Amazon Payment Products
Let Us Help You
EnglishChoose a language for shopping. United StatesChoose a country/region for shopping.
© 1996-2022, Amazon.com, Inc. or its affiliates