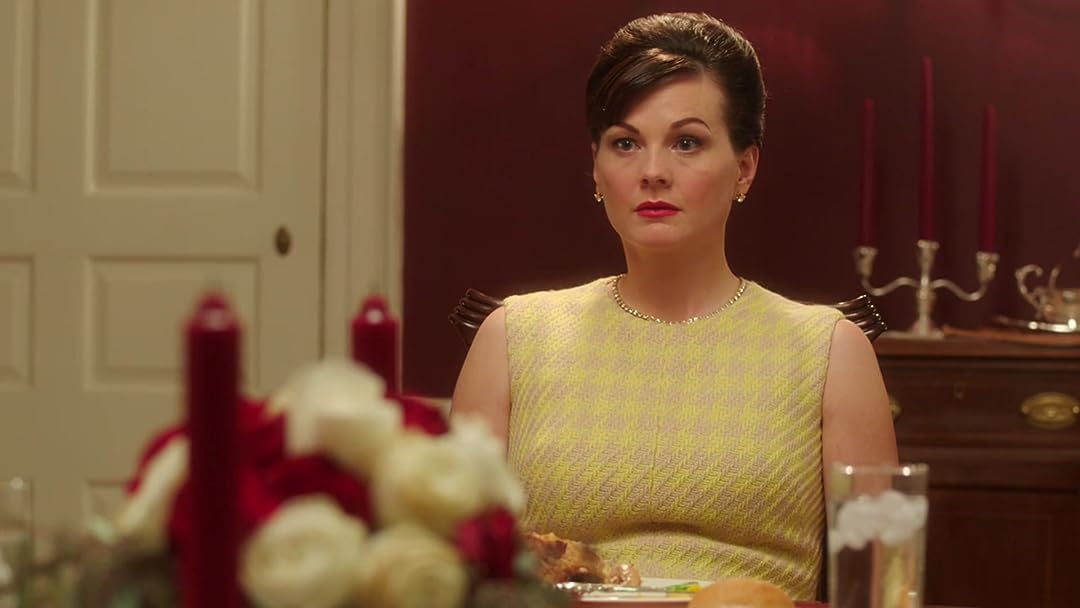 Mom2SFsReviewed in the United States on May 2, 2018
1.0 out of 5 stars
What a disappointment! I am usually patient with even a B ...
Verified purchase
After watching the Ultimate Gift, I thought I had to watch this second one so that I know what's happening to the two leads. What a disappointment! I am usually patient with even a B movie, but (spoiler alert) a few minutes into the movie, I thought, something is not right - do this scriptwriter and director have any sense? This rich guy dates a girl and asked the secretary to send in a dress? What old fashion idea, no one is doing that. Then came the moment I stopped - The guy was creating all this wonderful atmosphere to propose, at night time, and broke off just because he got a lawyer's letter that his family members are suing him? What! You finish the proposal, have the nice dinner, and take care of business the next morning! For crying out loud - your personal life should continue while you can work during the day. There should be no story if I am the girl, what a stupid idiot! Especially when he was pacing before she came, he said I have been waiting for this moment, etc. Just so unbelievable and I deem it unwatchable!
11 people found this helpful

leonis majorReviewed in the United States on June 18, 2017
3.0 out of 5 stars
Not like the quality of the first in the series - "The Gift"
Verified purchase
Vendor did well, we received it in a timely manner. This movie, however, like the other sequel, is not like the first of the series, "The Gift". This production engaged a hugely different director from the genius motivating "The Gift", the first in the series - which makes a telling difference in the quality of acting and production. A superficial production, even in the script, based on a less engaging/believable storyline. A few of the original cast from 'The Gift' who are actually capable of engaging their parts and making a production come alive - make cameo appearances. Sad. Acting in the sequels is more like: 'I show up for work, look good, speak my bit, & leave' type acting. Not the ensemble feel of the first production - that's a director's gift as well as casting's call.
If we'd seen the sequels before seeing "The Gift", we'd never have been interested in watching it. "The Gift" is a regular holiday favorite for our entire family - a most remarkable, deeply interesting, well-acted, well-scripted, well-thought-out and produced film, believable and viscerally real, with a great variety of locations. Great messages, well-depicted scenes.
9 people found this helpful

Breezey59Reviewed in the United States on March 21, 2021
5.0 out of 5 stars
Awesome Ultimate trio.... the ultm. gift, the ultm. life, the ultm. leultimate. MUST WATCH!!!....
Verified purchase
There's 3 to be honest...
1. The Ultimate Gift
2. The Ultimate Life
3. The Ultimate Legacy
All in that order to watch very inspiring movie you'd have to watch it it is so good its amazing how this movie unfolds its gifts of events or events of gifts vice versa any ways its hard to explain without giving it away it funny its family & how family's can be & how amazing the idea came about but you just must see these 3 movies its awesome about love gifts some cute funny & discipline heartwarming can but guaranteed to not disappoint you'll love this it inspired me fully....& you'll be inspired after the first one

Jr.Reviewed in the United States on April 22, 2019
5.0 out of 5 stars
Great Film
Verified purchase
I have watched the "Ultimate Gift" several times and will watch the "Ultimate Life" again. It's hard to beat "Ultimate Gift" but this came close. It was interesting to see how Red Stevens came into his money. He had dreams and worked hard getting those dreams. The acting was very good. I was glad to give it five stars. A family movie without any curse words which was a plus. I recommend you watch this one.
7 people found this helpful

mDavReviewed in the United States on April 9, 2021
3.0 out of 5 stars
Ehhhh...a sub-par sequel
Verified purchase
As a standalone movie, this is fine (and Logan Bartholomew is, as ever, "teh hotz" #trueconfession).

As a sequel to "The Ultimate Gift" (a movie I absolutely love), this is a disappointment. It's always tough when the original actor is unavailable to continue in sequels for any reason, and this was no exception, even though Logan is, again, teh hotz, lol. Had he played the role in "Ultimate Gift," this film might have fared better--but he didn't, so unfortunately, it suffered. It just didn't have the same magic as the first.
One person found this helpful

tnmtnbreezeReviewed in the United States on May 3, 2014
4.0 out of 5 stars
A little slow, but full of family and life values...
Verified purchase
"The Ultimate Gift", the predecessor to this movie "The Ultimate Life", has always been one of my favorite movies. Loved Drew Fuller as Jason and Abigail Breslin, an amazing young talent, was excellent as Emily Rose. It was a fast paced, never a dull moment, entertaining story, which, in my opinion, did not need a sequel. The iconic James Garner did well in explaining why he needed someone in his family responsible enough to entrust his fortune to. After putting Jason, Drew Fuller, through a series of tests to find himself and what, ultimately, is the most important thing in life - the gift of giving, Jason proved himself worthy of his inheritance, which was used in part to build a research hospital dedicated to Emily Rose...the daughter of the woman he loved.

That being said, I bought "The Ultimate Life" with the anticipation of learning what made "Red" tick, and that is what the movie is mostly about...Red's Steven's valuable lessons on what is REALLY important in life. It jumped around a bit, from Jason's life and his present day struggles, back to the WWII era and Red Steven's life and his all-consuming greed for money, and the development of his friendship with Ted Hamilton (his lawyer who stuck by Red through thick or thin).
Thank goodness Red kept a journal of his up and down struggles, which was eventually given to Jason by Hamilton. Jason's study of his grandfather's journal helped teach him the real values in life and ultimately brought him the inner peace and happiness he longed for.

The acting is good, and it's definitely a movie the whole family can enjoy and learn from....happy viewing!
20 people found this helpful

High HopesReviewed in the United States on May 22, 2021
2.0 out of 5 stars
Way way way too preachy.
Verified purchase
I''m about as straight an arrow as walks the planet; honest, ethical, work ethic to a fault, family oriented, and generous. But even I - who take a lot of teasing from friends for my 'lily white ways', had a hard time getting through this. There's no sublety at all in the making of the point - there's just a slam-it-in-your-face message, pounding it home every minute. 'Chasing butterflies with a sledgehammer', as they say. I love movies that are all about living right (Friendly Persuasion, Magnifiscent Obscession, etc), but one can only take a certain amount of 'do-this-or-you're-doomed' blatant preaching at once.
One person found this helpful

billhigh67Reviewed in the United States on October 19, 2019
2.0 out of 5 stars
ALL WRONG
Verified purchase
If you are going to make a movie, do your homework. Everything about this movie was wrong. Good storyline but the scenes from 1941 were all wrong. First, the locomotive should have been a steam engine. Number two the truck was 1942, not 1941 model, they did not have treated post in the 1940's. Also, no one would ever install a fence as they showed in this movie. My wife is watching but not me.
I wanted to like this movie but I cannot stand to watch something that is all wrong.
One person found this helpful
See all reviews
Back to top
Get to Know Us
Make Money with Us
Amazon Payment Products
Let Us Help You
EnglishChoose a language for shopping. United StatesChoose a country/region for shopping.
© 1996-2022, Amazon.com, Inc. or its affiliates