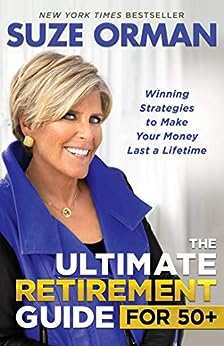 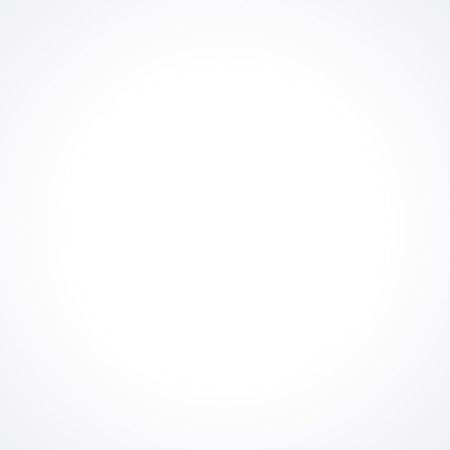 Subtract your current age from 110. That is how much you may want to consider keeping in stocks.
288 Kindle readers highlighted this

I am a warrior, and I am not going to turn my back on the battlefield.
259 Kindle readers highlighted this

The ultimate retirement as far as I am concerned is one in which you are not stressed about money.
243 Kindle readers highlighted this

Subtract your current age from 110. That is how much you may want to consider keeping in stocks.
288 Kindle readers highlighted this

I am a warrior, and I am not going to turn my back on the battlefield.
259 Kindle readers highlighted this

The ultimate retirement as far as I am concerned is one in which you are not stressed about money.
243 Kindle readers highlighted this
See all popular highlights (3) 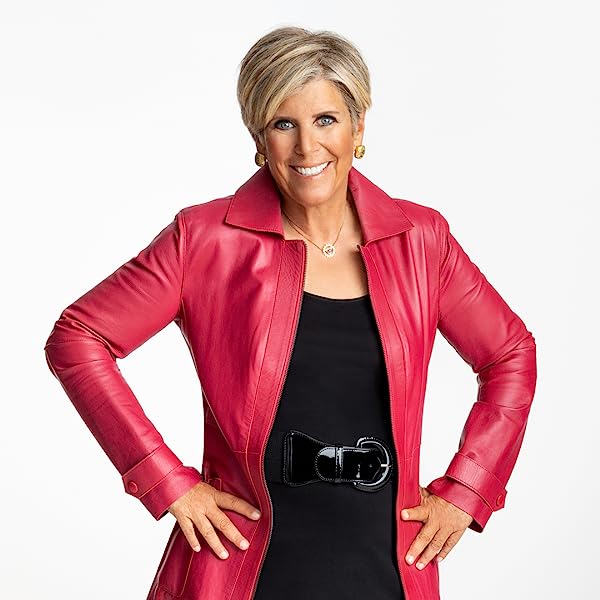 The Ultimate Retirement Guide for 50+: Winning Strategies to Make Your Money Last a Lifetime Kindle Edition

Enjoy a great reading experience when you buy the Kindle edition of this book. Learn more about Great on Kindle, available in select categories.
Read more Read less
Previous page
Next page

Tags that will help you discover similar books. 7 tags
highly quotableconversation starterretirement planningbusiness & moneypersonal financeinsurancebudgeting & money management
Results for:
Page 1 of 1Start overPage 1 of 1
Previous page
Next page
Where do clickable book tags come from?
Book tags are created from a variety of sources, some of which are customer-generated. Amazon is not legally responsible for the accuracy of the tags represented. If you are an author or publisher and would like to remove a tag associated with your title, please contact your vendor manager or publisher support team.
Amazon Business: Make the most of your Amazon Business account with exclusive tools and savings. Login now

Suze Orman is a two-time Emmy Award-winning television host, the author of ten consecutive New York Times bestsellers, and one of the top motivational speakers in the world today.

The single most successful fundraiser in the history of PBS, Orman has received an unprecedented eight Gracie Awards, which recognize the nation's best radio, television, and cable programming by, for, and about women. Twice named to the Time 100, ranked among the World's 100 Most Powerful Women by Forbes, and named one of the 100 Most Influential Women in U.S. Finance by Barron's, Orman was the host of The Suze Orman Show on CNBC for thirteen years, a contributing editor for O: The Oprah Magazine for sixteen years, and a contributing editor for The Costco Connection for nineteen years. She is currently the host of the popular Women & Money podcast.

In 2016, Orman was appointed as the official personal-finance educator for the United States Army and Army Reserve. She also serves as a special advocate for the National Domestic Violence Hotline, bringing her message of awareness and empowerment to women who have suffered financial abuse. In recognition of her revolutionary contribution to the way Americans think about personal finance, she has received an honorary Doctor of Humane Letters degree from the University of Illinois and an honorary Doctor of Commercial Science degree from Bentley University. She has also received the National Equality Award from the Human Rights Campaign.

4.6 out of 5 stars
4.6 out of 5
4,473 global ratings
How are ratings calculated?
To calculate the overall star rating and percentage breakdown by star, we don’t use a simple average. Instead, our system considers things like how recent a review is and if the reviewer bought the item on Amazon. It also analyzes reviews to verify trustworthiness.

I've been following her for years. While her advice is often ruthless and at times downright brutal, the words she says are words that America needs to hear. This book is no exception. Her very first chapter launches right into how your family is impeding your finances. For my generation, apparently the single biggest financial obstacle is adult children still living at home. I recently heard about this from a financial advisor, and I'm seeing it confirmed here by Suze Orman starting with that very topic.

The one reservation I have about this book is that it seems very much aimed at people who have money. For many of us, the question is not how much to withdraw monthly from our retirement funds but how to deal with the fact that we don't have any!

linda galella
HALL OF FAMETOP 10 REVIEWERVINE VOICE
4.0 out of 5 stars “Look at what you have today and
Reviewed in the United States on February 25, 2020
Verified Purchase
what you can do to create the tomorrows you want and deserve.” (pg6)

Reading this book was like having having a front row seat at a seminar with Suze. She writes just like she speaks; full of enthusiasm, animation and passion. Suze cares about personal finance and cares that folks retire well.

“The Ultimate Retirement Guide...” is 9 chapters of solid financial information that will allow most people to get their 💲💲💲 in order. One huge premise that caught me off guard was to assume I’d live to be 95 yeas old 😳❗️
THAT is a much higher figure than my financial planner used.

Some of the chapter headings include: FAMILY TIES - (dealing with all your loved one’s, expectations, needs, guilt)
MAKING THE MOST IF YOUR WORKING YEARS - (how long to work - 65? 70? 72?) WHERE TO LIVE - (down sizing, layouts, physical locations, organizations to help) POWER MOVES FOR YOU 60’s (tips to assure success) HOW TO PAY YOURSELF IN RETIREMENT (laws, rules, suggestions) HOW & WHERE TO INVEST, FINDING THE RIGHT FINANCIAL ADVISOR, PROTECTING YOURSELF & THOSE YOU LOVE (includes a link to purchase essential documents in state specific, diy format: will, durable poa, etc.)

Without a doubt, Suze reinforces that it’s never too late to take care or get started on your financial goals for retirement. This book is full or realistic, common sensical advice from the Suze we’ve come to Love and trust over the last 15+ years. She’s one tough lady who knows her stuff and has readily shared it with us📚

Jan
1.0 out of 5 stars Not rocket science
Reviewed in the United States on March 20, 2020
Verified Purchase
I'm not sure what the big deal is because it's really all common sense. The tone is rather harsh and sounds like she is reprimanding you for buying a coffee or spending your tax refund. Newsflash:: we earned it , we will spend it And if you want, I'll spend your $$ for you as well, since you will live on that stockpile for the rest of your life and miss out. But, hey I'll let you all decide whether Miss Suze is qualified to advise you without ever meeting you or knowing anything about your life. My advice, you know what you want so make smart choices & live well.
Read more
103 people found this helpful
Helpful
Report abuse

Doglover
5.0 out of 5 stars Knowlege is Power (& Comfort!!)
Reviewed in the United States on March 7, 2020
Verified Purchase
Wowza! I consider myself a bit more knowledegable than most (but certainly no financial wizard.) I was concerned that this book would be written for the (seemingly) many who havent prepared at all. But per usual, Ms. Orman delivers to BOTH audiences (the prepared and the not), in an easy to understand conversational style. She connects the dots of scraps of information that we all hear but are not 100% sure we understand, and answers the questions that linger in our minds and create uncertainty/fear. I like that she is very clear that she advocates for certain things (rather than just posing a variety of options and providing no direction). Ah..... feel SO much better and more confident now!!! This 55 year old lady WILL be ready for retirement. Great book. Really worth the investment.
Read more
75 people found this helpful
Helpful
Report abuse

Ray A.
5.0 out of 5 stars Must Have Information! Don't pass this up.
Reviewed in the United States on March 10, 2020
Verified Purchase
I pre-ordered this book as soon as I heard about it. I have been faithfully reading and listening to Suze Orman for many years now. Following her advice has always proved to be the right thing to do. I feel like This book is absolutely the best source of information on how to navigate the ever changing landscape of retirement these days. Suze explains in great detail exactly what anyone nearing or already in retirement needs to be doing to make sure their money lasts as long as they need it to. From the years before retirement all the way through, this book has the answers. I am turning 50 later this year and I feel like the book was written just for me. I plan on following Suze's road map as closely as I can. Her financial advice has never led me astray. Don't put it off. Buy the book NOW, your older self will surely thank you!
Read more
60 people found this helpful
Helpful
Report abuse

S. Johnson
5.0 out of 5 stars Great Resource and Easy to Read
Reviewed in the United States on February 27, 2020
Verified Purchase
A wealth of great information in here. I used to watch Suze's TV show and loved her advice. I'm glad she wrote this specifically for people in my situation where retirement is still 10+ years away. My spouse and I are going through this and talking about each chapter. The book is laid out in a great way for thinking through steps to take in preparation for retirement. I love that she gives practical examples and stories from her own life. There are also a lot of good references.
Read more
45 people found this helpful
Helpful
Report abuse

Jelly0517
5.0 out of 5 stars Great!
Reviewed in the United States on February 26, 2020
Verified Purchase
Get the audiobook too! Im not 50 years old yet, but this book is everything when it comes to planning your future. Thank you, Suze! You are the best!
Read more
43 people found this helpful
Helpful
Report abuse
See all reviews