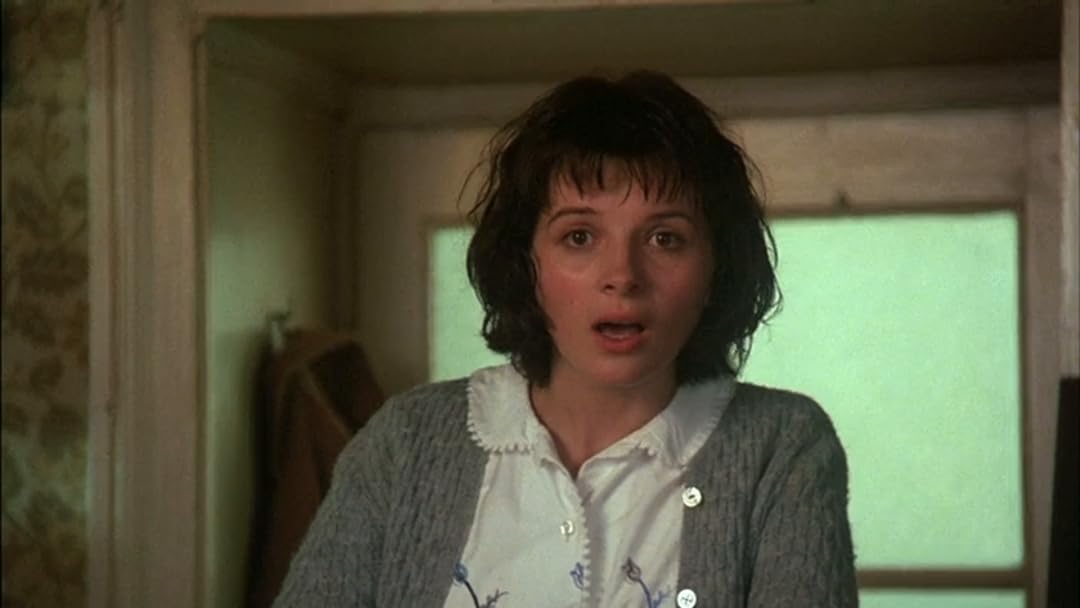 The Unbearable Lightness Of Being

(979)
2 h 52 min1988X-RayPG
A young doctor's quest for sex and his stumbling into love are part of the rich storyline of this lyrical film from the landmark Milan Kundera novel.

Amazon CustomerReviewed in the United States on October 31, 2021
4.0 out of 5 stars
Based on the wonderful novel by Milan Kundera
Verified purchase
The movie is not as great as the book, in my opinion, it doesn’t do it justice translating the evolution of Tomas, from being perfectly satisfied with the “lightness” that his life used to be before he met Teresa, to feeling that the lightness was becoming unbearable for him too, which he realized when he almost loses her, and when he’s so completely happy even after losing his job and his old life, just being with her. The acting is great, it was the screenplay that didn’t do justice to the book, and the music was a poor choice. The movie gets better towards the end, the last scenes are sad and beautiful, finally capturing the essence of the novel. The book is 5 stars, the movie 4 to me.
3 people found this helpful

PyroJackReviewed in the United States on March 25, 2018
5.0 out of 5 stars
Great "Couples" flick
Verified purchase
This was a brilliantly-acted film by Daniel Day-Lewis, Lena Olin and Juliette Binoche that was centered around the Czech uprising (and subsequent Russian invasion of Czechoslovakia) in the late 1960's. It combines history, action, romance and drama all in one movie. One of my all-time favorite "couples" flicks.
17 people found this helpful

FrankReviewed in the United States on May 27, 2015
5.0 out of 5 stars
Great Scenes, Great Performances, and Great Quality are Enough!
Verified purchase
Three terrific stars and a great supporting cast, plus a great production team make this film better than its screenplay. The cold-war politics of the Milan Kundera novel are difficult to deal with in the scope of a film, as are some of the aesthetic themes such as the fantasy on kitsch. Writer Jean-Claude Carriere has done brilliant work, such as his screenplay for "Valmont," and made some interesting choices for this film, including a drastic condensation of the kitsch theme in one speech by Sabina, played perfectly by the very sexy Lena Olin. Juliette Binoche plays Tereza with charming simplicity and goes through very well modulated changes as her relationship with Tomas evolves. She was younger than we know her from her later work, as was Daniel Day-Lewis, who plays Tomas with perfect pitch. Producer Saul Zaentz must have loved the novel, and deserves credit for assembling such a great team to make the film. Bergman's great cinematographer Sven Nykvist shot this film, and Bergman star Erland Josephson played a supporting role. Legendary editor Walter Murch was "supervising editor" - but it's nearly 3 hours long. Someone must have loved the book too much to make the film shorter! But the great scenes were enough for me, and I shall enjoy watching this film multiple times. Well worth having!
15 people found this helpful

M.SkyeReviewed in the United States on September 18, 2015
5.0 out of 5 stars
Unbearably wonderful
Verified purchase
For me, the best film ever. The title says it all. I prefer it over the book because the screenplay focuses us more clearly on the poignant moments that lift us through joy and tragedy into the sweetness and unbearable lightness of being through richly emotional and beautifully filmed moments.

This is one of Day-Lewis' first films, paired with a young unknown Juliette Binoche, and of course the exquisite Lena Olin. A better cast could not have been chosen.
My opinion, I could be wrong.

Jean PerkinsReviewed in the United States on November 29, 2021
3.0 out of 5 stars
Science Fiction
Verified purchase
I bought this because I could not remember what it was about. I did remember many favorable opinions about it. It was inventive. Not at all interested in the main character. Felt it was too long and would never end more than a few times. But I was curious enough to finish it. Think many folks would enjoy it. Just not my cup of tea.
One person found this helpful

Richard G PattersonReviewed in the United States on June 23, 2013
5.0 out of 5 stars
Big Characters Expressed Lightly
Verified purchase
This is one of the five best movies in my all time list. Sensuality is used as a demonstration of how we can find newness and openness in possibility. The characters both assertively sought out new possibility and were not deterred by the limits that surrounded them. Both the bitter and the sweet, the celebratory and the pensiveness were always possibilities, yet somehow sweet celebration found a way. Some of us become seduced and trapped by what we assume will set us free, but feeling light and free is an art of life that only the subtlest parts of who we are, can be the key to make the escape. The kernel of a whole life is within us all, but how rare it comes to blossom. The seed is only possibility, but allowing it to grow and live is necessarily only seen by example. What is it and how is it the encasement can be broken, is for each of us to wonder. Whether or not we can escape and how we can escape is still within us, but "The Unbearable Lightness of Being" at least allows us to watch the intimate process that we now know could happen.
10 people found this helpful

David BridgeReviewed in the United States on November 4, 2013
4.0 out of 5 stars
The unbearable lightness of the Unbearable Lightness of Being
Verified purchase
It's hard to rate this film because it has so many different levels on which such a rating might be based, both dark and light. To begin with, there's a lot of graphic sex (how do actors do these scenes as mere 'simulations'?) and even more nudity. If that's to your taste, you'll love this film. On another level, it's a pretty searing portrait of the ruthless Soviet crushing of the so-called Prague Spring and the subsequent imposition on the Czechs of their always oppressive totalitarian regime. At times, it can be quite comedic, at others painfully tragic and sad - especially at the end. There are also elements that defy credence, specifically that the character of Tomasz (Day-Lewis) appears to possess the mesmeric power of inducing women to remove all their clothes by simply saying, "Take off your clothes" (tip to guys: try this line at your peril). I confess to not having read Kundera's book, on which this film is putatively based, so I don't know how faithful to that novel it might be. The principle actors - Day-Lewis, Juliet Binoche, Lena Olin - are all superb in these difficult roles and Day-Lewis makes it difficult not to envy his character's easy sexual success, but this is a very complex and emotionally challenging story, not just a sexual romp. In fact, even the sex - which tends to dominate the film - is often compromised by painful emptiness and futility, much like real as opposed to movie life. This is not a happy story and these are definitely not happy people. The fact that the two main characters choose to return from a life of freedom in the West to the dismal, soul-crushing tyranny of life in Soviet subjugated Czechoslovakia is presumably the basis for the title; that they ultimately find the lightness of being free unbearable and are thus compelled to return to slavery - the classic Stockholm syndrome - and there they ultimately die.
29 people found this helpful

SAN JUANReviewed in the United States on November 26, 2021
5.0 out of 5 stars
Daniel Day Lewis fan
Verified purchase
If you enjoy Daniel Day Lewis' performances you will love this movie. He plays a heartbreaker. The subtle but cat like way he seduces women is great to watch. He is at the peak of his physical beauty. I was doubly pleased because Juliet Binoche almost steals the film. Stellar performance on her part.
See all reviews
Back to top
Get to Know Us
Make Money with Us
Amazon Payment Products
Let Us Help You
EnglishChoose a language for shopping. United StatesChoose a country/region for shopping.
© 1996-2022, Amazon.com, Inc. or its affiliates