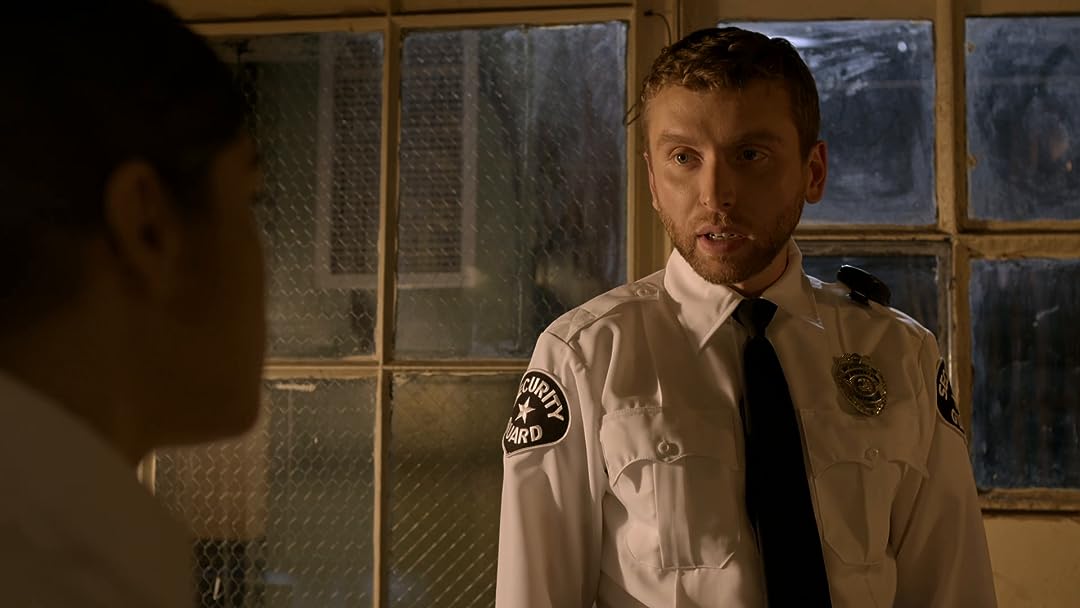 (73)
1 h 10 min202018+
Strange, unexplained events unfold at an old factory. Two security guards must come to terms with reality: Tiffany as a future mother, and Joey who is secretly in love with her. But someone has other plans for both as well as Tiffany's unborn child.

So... the movie has some nice things going for it...

Camera work - fine
Audio - fine
Lighting - a few dark scenes, but overall pretty good
SFX - actually not bad at all
Acting - hmmmm... ( and some of this has to do with the script I'm sure )... from a strictly acting point of view, I actually thought they did reasonably well... but I think they were handicapped with some mediocre writing...
Plot - not really the most inventive plot I've seen... and some of it is still a bit confusing even after watching the entire movie... that said, I guess it was a little inventive and a little different...

So, overall... the level of suspense throughout the movie was pretty good... There are a handful of "o...k..." jump scares... Honestly there were only a couple times where the characters IQs reverted to that of hamsters ( which happens in a LOT of horror... ), so that was kinda nice...

The movie only clocks in a just over 1 hour long... quite frankly, I could have used another 10 mins or so of explanation... but, whatever... and the ending was fairly typical ( of today's horror genre )...

So... 3 stars from me with a soft recommend for horror enthusiasts... Feel free to read my other reviews ( I review a LOT of movies )...

Kindle CustomerReviewed in the United States on September 8, 2021
4.0 out of 5 stars
3.5 Not bad for a B movie. Better than some of the "lame" comments suggest.
Verified purchase
It's a B-movie. Accept for what it is. Anyone who gives this movie 1 or 2 stars hasn't seen very many bad B movies. It's obvious by some of the comments that those who were hyper-critical weren't really paying attention. For ex. a reviewer said the lead was "ultra controlling" and didn't tell her partner about things she was seeing. Well, she did. A random ball roll out of the shadows, then she looks up and sees someone, then says "hey, there's a man" and the two decide what to do next. Not controlling....though she was the officer in charge and in the "control" room.

It had plot holes and some things weren't explained. However, the 2 MCs didn't have everything explained to them, either. The story got right to the point. There was no long, useless, backstory or random conversations in a misguided attempt to character build. Everything you learned about the MCs was all pertinent to the plot and you still knew they were friends/co-workers who trusted each other.

Creepy old building, psycho old doctor, ghosts, shadows, missing people, and panicked MCs that were put together with some thought.
One person found this helpful

jonReviewed in the United States on September 24, 2021
2.0 out of 5 stars
if youre 12 you'll love it
Verified purchase
this is a ridiculous real life version of 5 nights at freddies. where for some reason, electricity is a precious resource, that a 20 floor building only has a small tonka truck battery to run off of. movies need to mimic a rational similarity to real life in order to not be live action cartoons, which is essentially what this is. characters with depth of elmer fud, & the range of a snail. if youre not a child, this is unwatchable

J. WelchReviewed in the United States on September 6, 2020
1.0 out of 5 stars
Not worth the rental fee
Verified purchase
Interesting concept, but poorly executed. The story moved too slow to even call it a slow-burner, the characters were not likable - even the desperate attempt to be fun from the dorky guy with the big chompers failed to interest me. By the end, I didn't even care what was happening or why. Don't even bother with this.
3 people found this helpful

LolaReviewed in the United States on September 22, 2021
5.0 out of 5 stars
Worth to watch
Verified purchase
Well, this is not a super Hollywood production so taking it for what it is, it is worth to watch, a nice chill horror movie that actually puts you to think trying to figure out what is going on. Compare to others this is an excellent movie with good acting.

Paul M.Reviewed in the United States on August 28, 2021
5.0 out of 5 stars
Hidden gem
Verified purchase
Low budget but VERY well made. screenplay was perfect. Lead actress was amazing - She should def land more roles if any director watches this. Very good character range and development.

LacrYmosa WolfordReviewed in the United States on September 21, 2021
4.0 out of 5 stars
Better than expected but with low budget acting lol
Verified purchase
It was a good movie, the concept was good but the delivery fell flat. And it was absolutely different from the 2005 version. So optimistic expectations but don’t expect to be wowed lol.

J.G.Reviewed in the United States on September 19, 2021
5.0 out of 5 stars
An enjoyable horror movie
Verified purchase
If you are a horror fan, you should have a look at this. A little rough around the edges, but still a good watch. 4.5 stars on the Prime Scale.
See all reviews
Back to top
Get to Know Us
Make Money with Us
Amazon Payment Products
Let Us Help You
EnglishChoose a language for shopping. United StatesChoose a country/region for shopping.
© 1996-2021, Amazon.com, Inc. or its affiliates