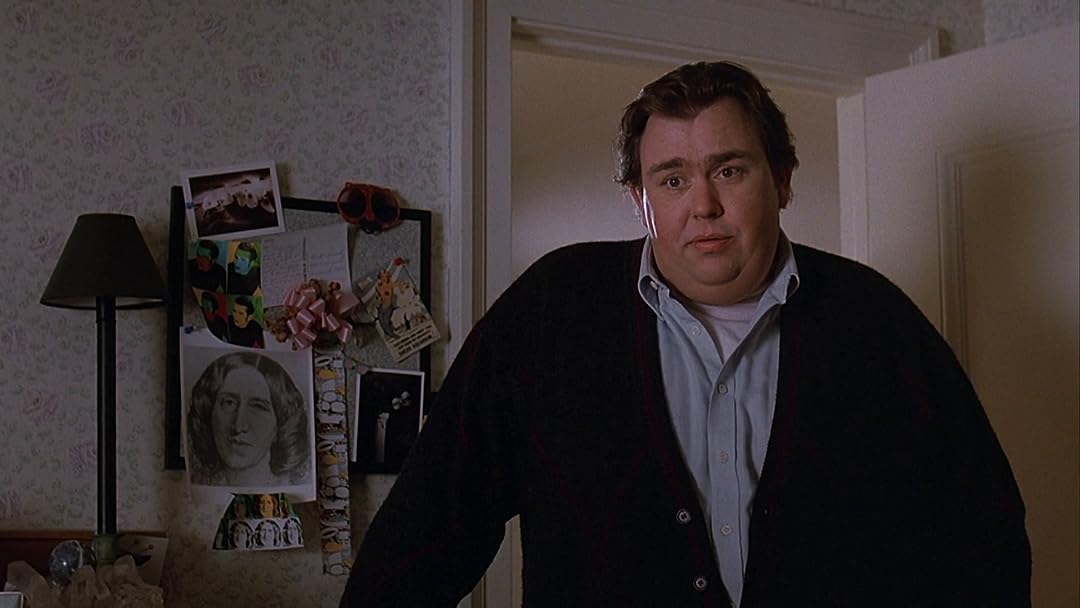 (9,407)
7.11 h 40 min1989X-RayPG
A boozing, gambling bachelor with a girlfriend looking for a wedding ring finds himself looking after his brother's kids for a week that changes all their lives! A classic comedy, written & directed by John Hughes (Sixteen Candles).

Canadian GypsyReviewed in the United States on January 6, 2019
4.0 out of 5 stars
Ah John Candy ...
Verified purchase
Ah John Candy ... yes I know that current movie standards & this film would have been roasted on social media - but - back in the day when it was made - Holly Weird lived in a different movie environment & besides - I actually knew John Candy the man - not the actor - & he was a amazing guy - always came into the store I worked & gave all us staff a amazing presents - was to his house to assemble several items of electronics back in the day & he was always a amazing host - hurt the day we lost him ...
34 people found this helpful

joel wingReviewed in the United States on April 28, 2020
4.0 out of 5 stars
Ask your brother who knows nothing about kids to babysit? Why not
Verified purchase
Uncle Buck was a classic comedy staring John Candy in the lead role. I had no idea until recently that it was also produced by John Hughes of Sixteen Candles, The Breakfast Club, Weird Science, etc. fame. Then again, Hughes did get his start in cinema with films like National Lampoon’s Vacation so this wasn’t out of his realm. The movie is about how Uncle Buck is called in by his brother to babysit his nephew and two nieces while their parents go on a trip after the mother’s dad had a heart attack even though he knows nothing about kids.

Of course taking care of the kids is where all the comedy comes from. Buck of course has no idea what he’s doing which is the premise of the entire story. The best part actually might be Buck with his nice Tia who is a teenager. He ruins her life by just showing up. It also leads to some heartfelt moments as they form a real relationship.

The movie is a great comedy and Candy really shines.
C

.Reviewed in the United States on December 27, 2019
5.0 out of 5 stars
You'll watch it more than once.
Verified purchase
This picture IS John Candy. Plain and simple: he had a big heart, and his affection was genuine. Do you want gigantic pancakes? Do you want a gentle lion, implacable guardian of small kids and a difficult teen alike? Didn't you have that one uncle, or knew someone who did, who just never quite got things straightened out, yet was all the more fun in spite of it? A perfect role to showcase Candy's well-honed skills. It's a bit maudlin at times, but we don't mind. It's like looking at an old photo: familiar, welcoming, like home and family. My only beef with this picture is the gentle sadness we feel at Candy's premature death..
6 people found this helpful

Kandy LangfordReviewed in the United States on July 20, 2014
5.0 out of 5 stars
R.I.P. "Uncle Buck"
Verified purchase
"Uncle Buck" has me laughing out loud everytime & I rarely laugh out loud. John Candy was a master at "heard & seen" comedy. What a sweet/incredibly talented man. A simple story you already know the ending is sometimes the most enjoyable. As a teenager I would've given anything to have had an Uncle Buck to wreck havoc on some teenage boy's egotistical little life. A reviewer called the film rude & cruel. The horrible vice president was ugly on the inside & choose to be ugly on the outside. Weren't you ever a kid or teenager the world stomped all over? No parents to ignore you? Rude & cruel is the only fitting retaliation. Rejoice that Laurie Metcalf isn't still playing sad/pathetic/helpless women. As Mrs. Cooper she has control over & is incredibly kind to Shelton & his friends. She don't take no nonsense. Hitting Shelton over the head w/a bible cause he wouldn't eat his brussel sprouts isn't any worse than your mom making you stay at the table until you ate yours...
7 people found this helpful

LuLuBReviewed in the United States on July 15, 2018
5.0 out of 5 stars
Read the ratings! Funny classic movie!
Verified purchase
One of my all time favorite movies. I introduced it to my 9 and 11 year old boys. I probably should have waited another year or two. The language and kissing was heavy for my taste as a mother. Kids laughed and thought Kevin from "Home Alone" was funny LOL
7 people found this helpful

SciFi-Kaiju-Guy @ TeePublicReviewed in the United States on December 26, 2013
4.0 out of 5 stars
Warm, funny family film from John Hughes stars John Candy as slovenly but lovable babysitter for his nephew & nieces.
Verified purchase
BOTTOM LINE: UNCLE BUCK is a funny, warm and winning piece of film making. Sure to please the kids and fans who love and miss the work of both Hughes & Candy. It's a shame we'll never get more films from either of these two talents, but at least we have their legacy on DVD & Blu-ray to remember them by. 4 STARS

THE STORY (contains spoilers): Big teddy bear of an actor John Candy plays Buck Russell, a lovable lug with little class, few morals and no work ethic to speak of. Buck is called up in the middle of the night by his desperate brother to babysit the guy's kids, when he & his wife are suddenly called out of town to take care of her ailing mother. Buck begrudgingly agrees. The kids are both suspicious of the brash oaf, and the teenage daughter is thoroughly rude and disrespectful of the rotund, slovenly blue collar stranger - at first. Eventually though, his irreverent, oddball "parenting" style wins them over, and in the end Buck learns as much from the kids as he teaches them. When the astonished parents return home, they find three changed (for the better) kids, and a sort-of new Buck, too.

THOUGHTS: Sure, this film is a little sappy & predictable but it IS a John Hughes film after all. And besides it's got John Candy in the lead! That's enough to sell me. The various supporting actors are all pretty good in their roles. Of special note is the winning, star-making performance from a very young Macaulay Culkin, (in what I believe is his first major film role), as Buck's innocent and endlessly curious young nephew, Miles. Gaby Hoffmann is cute as a button as Maizy, the 6 year-old daydreamer, and Jean Louisa Kelly is totally believable as headstrong Tia, Buck's icy, teen-aged niece, who is at that age where she knows everything and cannot stand anyone over the age of 16. Amy Madigan is terrific in her small but pivotal role as Buck's loyal, long-suffering girlfriend, Chanice. Ditsy Laurie Metcalf is hilarious in her bit part as an over-sexed, man-hungry neighbor of the Russell's who throws herself at the thick-headed Buck, who seems hilariously oblivious to her horny designs.

THE BLU-RAY: Sadly, there's nothing really special about this Universal Blu-ray for UNCLE BUCK. That bummed me out as I was expecting a LOT better quality picture & sound for a high-def Blu-ray release. The audio & video are alright, but IMHO not that much better than a standard DVD. There's nothing extra in the way of bonus features either, which sucks.
2 people found this helpful

Scrooge McDuckReviewed in the United States on February 20, 2011
4.0 out of 5 stars
'Buck Melanoma, Moley Russell's Wart'
Verified purchase
John Candy is Buck Russell, a character very similar to Del Griffith from Planes, Trains & Automobiles. It's not surprising since John Hughes is the writer, producer and director of both films. Buck is a simple man with simple pleasures. He likes his freedom, his leisure time, and his bowling. He has a girlfriend who desperately wants him to grow up but...he can't be bothered.

But when Buck is called to the wintry, affluent suburbs to look after his brother's kids for a couple of weeks (much to his sister-in-law's horror) he learns what it's like to be a responsible adult and does surprisingly well with his extended babysitting chore (in his own unique way).

Uncle Buck was Candy's fourth (of five) collaboration with Hughes and the role is clearly tailor-made for him. He may be a slob, and the underdog, but he's the kind of relative you'll all wish you had. The comedy is underplayed and quiet, and the drama involving without being overbearing. It's all just easy-going entertainment that's perfect for brightening up a dull afternoon, and yet another reminder that Hollywood lost someone very special in March 1994.

The Blu Ray looks great in 1080p 1.85:1 widescreen, but Universal have given us a lossy, DVD quality Dolby 2.0 soundtrack. This is unacceptable. Consumers buy Blu Rays for HD picture AND sound! There are no features other than Universal U-Control.
8 people found this helpful
See all reviews
Back to top
Get to Know Us
Make Money with Us
Amazon Payment Products
Let Us Help You
EnglishChoose a language for shopping. United StatesChoose a country/region for shopping.
© 1996-2022, Amazon.com, Inc. or its affiliates