Under False Flags: A Novel and millions of other books are available for Amazon Kindle. Learn more 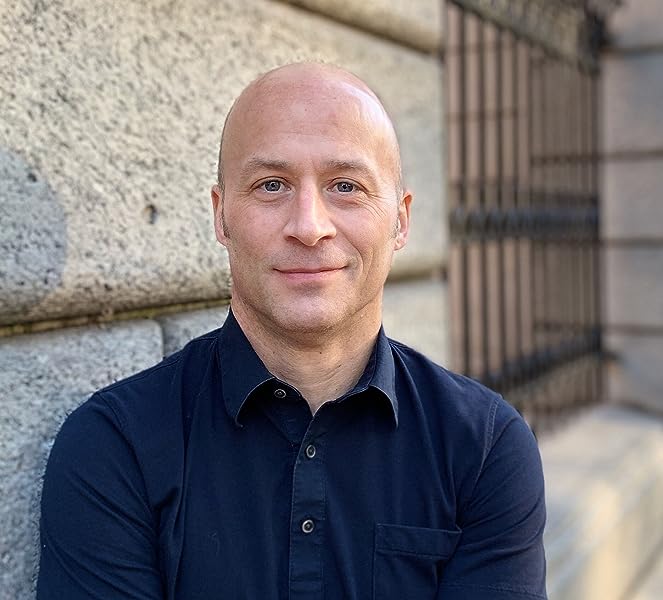 by Steve Anderson (Author)
4.6 out of 5 stars 22 ratings
See all formats and editions
Sorry, there was a problem loading this page. Try again.

"The author clearly brings forth the thoughts, fears, and hopes that run through a soldier's mind. The dangers and horrors of being a soldier, a civilian living under occupation, or a resistance fighter are well-defined in this book. I liked how the GI narrative voice ... kept the realism alive." --Historical Novels Review, Historical Novel Society

"Steve Anderson's Under False Flags is a piece of raw meat cut out of real life. From its opening on we are thrust into the brutal climactic frontlines of WWII's Western Front. From Normandy to the Ardennes we are there with the dogface GIs and their increasingly desperate adversaries--men on both sides who 'just want at the enemy.' Anderson's intertwined stories of US Army Sgt. Wendell Lett and his equally noble German counterpart Holger Frings--two men for whom battle is all they now know--supply the plot, but the book's true topic is men pushed to their absolute limits. Blastingly realistic, impeccably researched--Anderson is not afraid of heroes." --John Enright, author of Fire Knife Dancing

Praise for The Preserve

"A gripping and intelligent adventure thriller that takes us to an unknown but fascinating part of history, and to exotic but deadly locations, with plenty of lively action, and with characters I instantly liked." --Guido Eekhaut, award-winning author of Absinthe and Purgatory

"Readers will root for Wendell, with his unrelenting demons, as he soldiers on, fighting for his sanity and his life." --Publishers Weekly

"The Preserve artfully blends post-WWII Hawaii with a treasure hunt. Exciting from the beginning, the author takes us into scenes of the Big Island and the tortured mind of a soldier suffering from 'combat fatigue,' what we now know as PTSD. Highly atmospheric and a great read for military buffs and those interested in a thrilling story." --Ron Lealos, author of Pashtun

"In The Preserve, Steve Anderson once again paints a compelling and page-turning thriller with the men and women treated almost as expendable tools for post-WWII intrigue and violence. Once you read this story, the background of the almost coup d'état by MacArthur becomes all the more plausible--and frighteningly possible even today." --Peter Riva, author of the thriller series featuring expert safari guide Mbuno and wildlife television producer Pero Baltazar

“Steve Anderson’s Under False Flags is a piece of raw meat cut out of real life. From its opening on we are thrust into the brutal climactic frontlines of WWII’s Western Front. From Normandy to the Ardennes we are there with the dogface GIs and their increasingly desperate adversaries—men on both sides who ‘just want at the enemy. Anderson’s intertwined stories of US Army Sgt. Wendell Lett and his equally noble German counterpart Holger Frings—two men for whom battle is all they now know—supply the plot, but the book’s true topic is men pushed to their absolute limits. Blastingly realistic, impeccably researched—Anderson is not afraid of heroes.” —John Enright, author of Fire Knife Dancing

Steve Anderson is the author of the Kaspar Brothers novels (The Losing Role, Liberated, Lost Kin) and other books. Under False Flags is the prequel to his latest novel, The Preserve. Anderson was a Fulbright Fellow in Germany and is a literary translator of bestselling German fiction as well as a freelance editor. He lives in Portland, Oregon.
Read more
Start reading Under False Flags: A Novel on your Kindle in under a minute.

4.6 out of 5 stars
4.6 out of 5
22 global ratings
How are ratings calculated?
To calculate the overall star rating and percentage breakdown by star, we don’t use a simple average. Instead, our system considers things like how recent a review is and if the reviewer bought the item on Amazon. It also analyzes reviews to verify trustworthiness.
Top reviews

John R. Carpenter
5.0 out of 5 stars A fine book about a tragic battle
Reviewed in the United States on April 17, 2016
Verified Purchase
For American troops, the "Battle of the Bulge" was one of the most horrible battles of the entire WWII. If the numbers of the dead and wounded were high, there was another element that could only be described as embarrassment. The Germans achieved complete surprise. The American troops were going from victory to victory. Then there as a lull. During a full week the Allies encountered total silence in German communications among themselves. There was not even any German radio contact heard on the radio waves. Silence.Then a furious German counterattack that caught the Allied troops flat-footed and drove them back, very far. American Generals were confronted by an insoluble problem: lose all their recent large gains made up to that point and retreat, without necessary new reserves or equipment? Or try to muddle through and put up a dispirited defense certain to create a huge bloodbath of their own making?
Memoirs by Generals like Eisenhower, in "Crusade in Europe" and other war leaders show the dilemma. To send large numbers of poorly prepared, exhausted GIs into the battle-- they would be blamed for the certain massive casualties-- or accept what was already a major defeat? A tough situation. To send their own troops into certain slaughter?

Richard F. Underwood
5.0 out of 5 stars a strange but haunting novel of war as few imagine it
Reviewed in the United States on March 31, 2015
Verified Purchase
A moving story of good men forced to become something hated by both sides in a war. Wearing enemy uniforms behind enemy lines for intelligence, sabotage and to create confusion, men face horrific inner tension often too great to endure. Despite a very cynical attitude towards the "brass" which I believe only seldom justified, Anderson depicts well the savagery of this odd means of war, yet shows also the hidden humanity of some in this moral quagmire. A gripping story well told which will grip you to the end.
Read more
2 people found this helpful
Helpful
Report abuse

J D Coleman
5.0 out of 5 stars A fine ride
Reviewed in the United States on June 12, 2017
Verified Purchase
The gritty action and dialog ring true. More secrets of that war just keep coming, in the end leading one to reflect on the extent to which national histories may not be as glorious as they are maintained to be.
Read more
One person found this helpful
Helpful
Report abuse

Wendel Tucker
4.0 out of 5 stars Good historically based novel
Reviewed in the United States on April 6, 2015
Verified Purchase
This book provided an interesting looking at a different aspect of WWII. The switch between characters and their interacts occurred with appropriate spacing to keep the story moving. This is another quick read with a reasonably accurate ending.
Read more
2 people found this helpful
Helpful
Report abuse

Juju
3.0 out of 5 stars First hand read of combat
Reviewed in the United States on June 2, 2015
Verified Purchase
I don't read many war stories but always enjoy a new perspective and this was interesting. I looked forward to see how the characters ended....
Read more
2 people found this helpful
Helpful
Report abuse

Robert B. Shields
4.0 out of 5 stars Good war novel
Reviewed in the United States on May 11, 2015
Verified Purchase
good read for a novel about WWll. Kind of twist at the end but overall well written.
Read more
One person found this helpful
Helpful
Report abuse

Amazon Customer
5.0 out of 5 stars A good historical semi fiction
Reviewed in the United States on May 29, 2016
Verified Purchase
This was a good historical war drama that attempts to describe the conditions of war, as well as the condition of the Warriors and their moral struggles
Read more
One person found this helpful
Helpful
Report abuse

Lois Peterson
5.0 out of 5 stars Good read.
Reviewed in the United States on April 19, 2015
Verified Purchase
Good read. Gave me a lot to think about since I was a child during that war.
Read more
One person found this helpful
Helpful
Report abuse
See all reviews

Russell Phillips
5.0 out of 5 stars Gritty, raw, and realistic
Reviewed in the United Kingdom on September 8, 2014
Verified Purchase
I will admit that I was a little concerned that the author was writing another book set during the Battle of the Bulge. I really liked The Losing Role, and wondered if this could be as good. I needn't have worried. This is a very different book, but every bit as good.

The depiction of combat is gritty, raw, and realistic, holding nothing back, but not gratuitously gory or violent. Equally, the characters are believable. I can honestly say that I didn't want to put it down. I desperately wanted to know what happened to Wendel, Holger, and Heloise.

Gael
5.0 out of 5 stars A different war story
Reviewed in Australia on July 26, 2020
Verified Purchase
Well written world war 2 based on certain facts not often spoken of. I particularly liked the way the author describes the chaos and fear in battle without dwelling overly long on the gory bits because the reader can easily imagine the scenario.
Read more
Report abuse

Donna Webster
5.0 out of 5 stars Five Stars
Reviewed in Canada on June 16, 2015
Verified Purchase
A really great read!
Read more
Report abuse
See all reviews
Back to top
Get to Know Us
Make Money with Us
Amazon Payment Products
Let Us Help You
EnglishChoose a language for shopping. United StatesChoose a country/region for shopping.
© 1996-2021, Amazon.com, Inc. or its affiliates