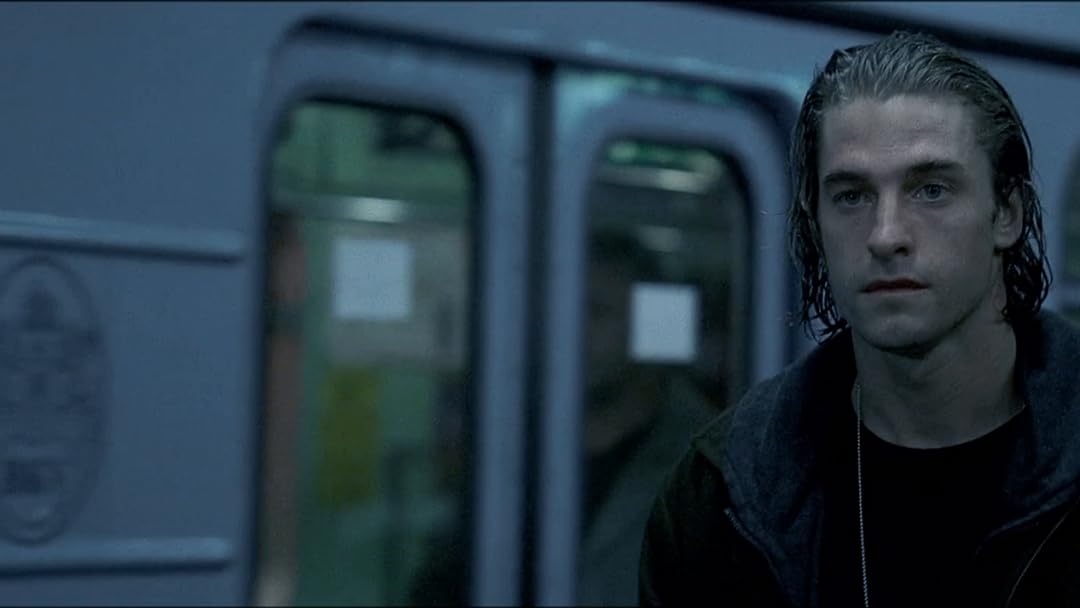 (5,208)
7.02 h 13 min2003X-Ray18+
Underneath the city streets, amid the labyrinth of subway tunnels and gothic ruins, vampires and werewolves are embroiled in an all-out war that has been going on for centuries.

Robert Andrew CurryReviewed in the United States on May 17, 2018
5.0 out of 5 stars
10 out of 10
Verified purchase
This two disc 4K UltraHD/HDR/Extended Unrated Blu-Ray HD/Digital movie set, arrived on time and undamaged. Picture, sound and its features playback is superb in this first entry of the Underworld franchise, which now includes Underworld Blood Wars, also on 4K UltraHD/HDR with rest to come in this new format over the coming months. Great movie starring Kate Beckinsale, Michael Sheen and Scott Speedman makes this movie in its new visual and audio format a must see film to watch and take in in its new glorious 4K UltraHD/HDR and soundtrack in glorious Dolby Atmos 7.1. I have made the right movie into upgrading to 4K UltraHD/HDR, including Dolby Atmos. Great cast, great storyline and stunning visual action scenes makes this movie in 4K UltraHD/HDR even better than before.
24 people found this helpful

Marcus R. ChaneyReviewed in the United States on March 14, 2018
5.0 out of 5 stars
Underworld In 4k is Brilliant!!
Verified purchase
Underworld in 4K is even better than it was in blu ray. If you are a fan of movies, and the Underworld movies in particular, treat yourself to this version of the movie. 4k movies are even clearer than 4k streaming. . . you will be impressed!
20 people found this helpful

zenabuffReviewed in the United States on April 11, 2019
5.0 out of 5 stars
BEST vamp Ire/were Wolf movie ever!
Verified purchase
From Kate Becksales Awesome jump of the bell tower at the opening of the move, to the end credits you are glued to your seat. you either what to be Kate, date Kate, or kill Kate, whichever is your passion, you feel something for this film. You want the Vampires to win, Micheal to be left alone and human, or you want the lighten (were wolves ) to win. the point is you pick a side, and fast in this film. And wait on the edge of your seat to see who survives.
10 people found this helpful

joel wingReviewed in the United States on March 28, 2020
4.0 out of 5 stars
Action monster movie with revolution as the underlying theme
Verified purchase
Underworld brought a new and original take to two mainstays of the monster genre, vampires and werewolves or lycans as they are called here. In this world the two were in constant battle. Selene (Kate Beckinsale) was a vampire Death Dealer tasked with hunting down and killing the lycans. Lucian (Michael Sheen) was the head of the lycans who had a plan to end the war by finding the last relative of the Corvinus family which gave birth to all the vampires and lycans. Lucian’s idea is to find this person and make them a hybrid vampire-lycan to re-unite the two bloodlines. This is of course opposed by the current vampire lord Viktor (Bill Nighy). The vampires definitely have the upper hand in this battle and the lycans are the oppressed. The plot then revolves around revolution by Lucian who wants to overthrow the status quo.

The action scenes are very well done with a mix of special effects for the lycans and gun play and acrobatics by the vampires. The revolution theme is also highlighted as the werewolves are literally living below the surface at the bottom while the vampires are on the surface, which is the top. The movie also has a heavy Gothic style in terms of architecture, the dark tones, and the black clothing, and pale faces. It goes well with the subject matter.

Here's my one complaint. When they find Corvunus' last relative and turn him into a hybrid it doesn't look a vampire-lycan mix. They could have done a lot better with that.

Overall, Underworld was a very good monster mash. It wasn’t scary at all, but rather an action movie with a smattering of the oppressed attempting to change their lot in life.
C

Physics ProfessorReviewed in the United States on February 5, 2021
4.0 out of 5 stars
OK as long as you understand it is not profound or great drama
Verified purchase
This is basically an animate comic book. It seems strange that it is not based, at least directly, on a comic book, but it definitely has that feel; no doubt in part due to the influence of Blade, which IS based on a comic book. There is also some obvious imitation of The Matrix, and one scene is a total ripoff of Terminator 2.

My first real objection is that if this is supposed to be science fiction instead of supernatural horror, it needs to play by the rules of science. No virus can make one able to break Newton's Laws of Motion, for example, or can allow one to defy the Conservation of Energy. Magic, I don't know, but viruses certainly cannot do that.

Secondly, there needs to be some sort of rule about how much damage a monster can take before dying. I mean a rule better than plot convenience. In this movie, a hail of bullets can definitely kill a vampire or a werewolf, but only if the monster is a minor character. For the heroes and the end bosses, that rule does not apply.
2 people found this helpful

Kris KCReviewed in the United States on October 29, 2017
5.0 out of 5 stars
The way vampires and werewolves are supposed to be.
Verified purchase
I love this movie. Kate did an awesome job as a vampire bad***. THIS is my idea of what vampires and werewolves are, not sparkly day walkers that hang out with high schoolers despite their age #creeper. . . . Be kind on judging the effects. It's an older movie. Some of the makeup and practicals are a little wonky, but the CGI is pretty good for it's time, and I actually like the fact that it was used sparingly. I have a special love of practical effects. I love the story too. It spans that gap between fantasy and believable.
7 people found this helpful

Avid readerReviewed in the United States on January 21, 2021
4.0 out of 5 stars
A lot of fun
Verified purchase
This was an all around fun movie to watch. The sets and lighting were done very well. It involves a war between the vampires and lycans (werewolves), with a flashback to how it started. Lots of action, and interesting ammo some used on both sides. Michael was the key, and why was not disclosed early on. Viktor clearly is a very powerful vampire, being awakened after centuries of sleep. Once the cobwebs of the sleep are tossed off, he is quite a fighter. And the movie ends on a ominous note, with a clear path for a sequel. A dark movie, not just with all the rain and dark shots, but overall a menacing presence. Many will really like Selene’s tight fitting bodysuit.

Kelly HowardReviewed in the United States on August 9, 2019
4.0 out of 5 stars
closer to 3.5, fun & entertaining enough
Verified purchase
Fun vamp/lycan movie. I only watched it b/c I just discovered Micheal Sheen; he was great, tho didn't see as much of him as I'd have liked. Not a lot of groundbreaking originality, but entertaining & some decent fight scenes. It really woulda been nice if they'd put the two sides in different team colors or uniforms or something: much of the time, we see a whole bunch of mostly interchangeable white guys with lotsa big guns dressed in long black leather coats blazing away at each other. When the female lead or one of the very distinctive characters wasn't prominent, I at times couldn't tell who was who (yeah, I could tell when the lycans changed). Speaking of the costumes, it was one of the few movies I've seen where basically nobody does any costume changes in the whole thing (random observation).

Basically decent brain popcorn.
See all reviews
Back to top
Get to Know Us
Make Money with Us
Amazon Payment Products
Let Us Help You
EnglishChoose a language for shopping. United StatesChoose a country/region for shopping.
© 1996-2021, Amazon.com, Inc. or its affiliates